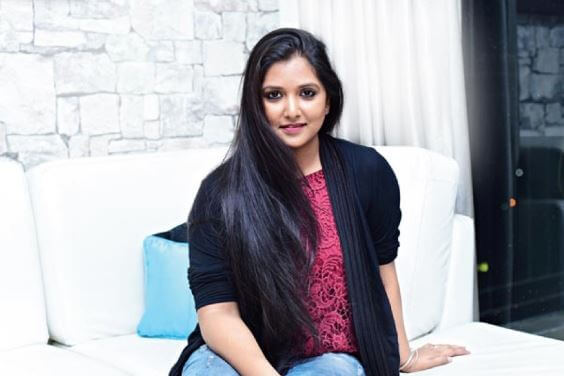 In our family, music is the part of every day’s life. My father, internationally acclaimed multi-award winning journalist and editor of this newspaper, Salah Uddin Shoaib Choudhury also is a lyricist and tuner. Though he has been writing songs from a very early age, some of his songs had been released by Crown Music, a local label in Bangladesh since 2007. But after a pause of almost six years from 2012 to 2018, he is all set to begin releasing his new songs – this time under the joint collaboration of Crown Music in Bangladesh and SUSCO Entertainment in India. For this reason, he has been searching singer from around Bangladesh and India (more precisely from West Bengal) mostly by surfing on the internet and the YouTube. Meanwhile though some of the singers in the West Bengal, such as Poushali Bannerjee have already been contacted for singing his new songs (he writes in Bangla, English and Hindi. He though loves writing Bangla folk songs but there are hundreds of modern songs too); a singer, who already to me and my younger brother had caught the attention of my father. Her name is Somlata Acharyya Chowdhury (yes, its same ‘Choudhury’ family title as us). And most amazingly, Somlata hails from a Zaminder family in Mymesing district in Bangladesh while we hail from Zaminder family in Sunamganj district. Both the parents of Somlata are from Bangladesh – father from Mymensing and mother from Noakhali district. Well, then it adds my interest in her as now we can say – Somlata is our own sister.

Somlata Acharyya Chowdhury has strong background of Bangla classical music and she began her career as a singer in 2007. Until now she has been the playback singer in over 38 films, which includes one Bangladeshi film.

Somlata performs in live shows with her band Somlata and The Aces. They have performed in various live concerts all over India, and also in Bangladesh, United States Of America, United Arab Emirates, Hong Kong, Kuwait, etc. Their live sound can be described as a platter of Indian Semi Classical, Pop Rock, Modern Film Songs, Folk Fusion and Sufi. The band is particularly popular among the youth, and performs at a lot of campus festivals, corporate events, televised shows, public concerts, government events and abroad shows. Other members of her band are – Arnab Roy: Guitars, Arnab Sen: Keyboards, Abhishek Bhattacharya: Bass Guitars, Suman Chakraborty: Drums & Percussions and Sayan Ghosh: Sound Engineer (Studio & Live). Somlata And The Aces is managed by BandEdge Talent Agency Private Limited.

Replying to a question about how she came to the profession, Somlata told an online portal, “In my childhood days before I learned the letters, I had learned ‘sa re ga ma’. Most of my family members were involved with music and my grandma had inspired me to take up music. She had played a major role as she was the one to inspire me to attend music classes and boost up my confidence. In the beginning it became quite tough for me to get acquainted with music. I used to focus more on learning rather than putting my heart and soul in it. As I was good at music, people visiting our house often requested me to sing a song for them. Once a visitor had come to our place. He was quite involved with his work and had not requested me to sing in front of him. I was quite perplexed at this and later asked my mother, “Mom, why didn’t he ask me to sing today?”

“Though love for music was primary in my mind, my family also stressed the importance of academics so that I could grab some basic qualifications in my life. My sister was often scolded if she did not come home with satisfactory grades, but they were a bit lenient on me knowing my passion for music.

“Now many of the youngsters who are participating in reality TV shows face a distinct possibility of a disrupted future. Though they are struggling a lot, they are not always achieving a beneficial outcome”.

Somlata is not only a singer, she also is a lecturer of psychology – a field that is also very dear to her.

While we are trying to reach Somlata Acharyya Chowdhury for an exclusive interview, let me share one of her most popular songs.

Priyanka Choudhury is the Assistant Editor of Blitz.