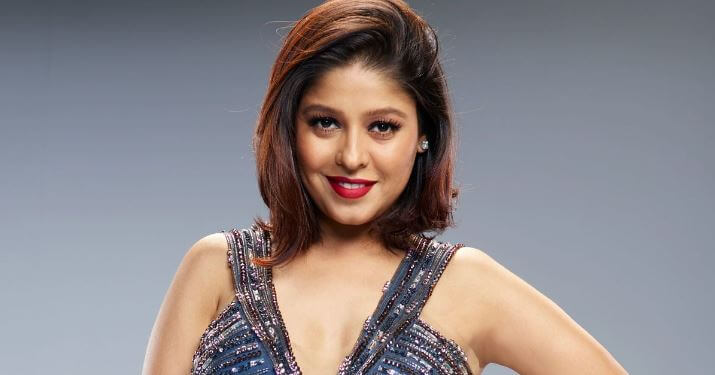 When a icon like Lata Mangeshkar calls you the Numero Uno singer of the generation, you’ve got to have a very hypnotic sound and magnificent talent. We’re talking about songtress Sunidhi Chauhan.

Taking into account her achievements and passion she has for singing, it would be feasible to say that Chauhan is just 35. She has managed to bring a whole generation of fans under a spell.

And with her enigmatic personality she makes for the most adored singing sensation today. Chauhan’s undeniable talent has brand her as singing supertar. But talent aside, Chauhan has had pivotal moments throughout her career that have ultimately shaped her to become the icon that she is today.

Singing since the tender age of four, her dad Dushyant Kumar Chauhan was the first one to spot her immense potential. TV host Tabassum spotted her a show and reinforced her dad’s belief which made him shift to Mumbai with his entire family to develop her talent.

This is when Tabassum introduced Chauhan to Kalyanji (one half of the Kalyanji-Anandji music director duo). This is how Chauhan became the lead singer of his ‘Little Wonders’ Troupe.

In 1995, Chauhan performed at the 40th Filmfare Awards with the group ‘Little Wonders’ when the late music director Aadesh Shrivastava heard her and wanted to record her voice for the film, ‘Shastra’ (1996).

During the same year, she won the first singing reality show ‘Meri Awaz Suno’, where she was honoured with the ‘Lata Mangeshkar Trophy’ for the best female singer of India. This talent show was only the beginning of her stunning career.

Although, she entered into the world of playback singing with the film ‘Shastra’ which was released 23 years ago today. But, it was Ram Gopal Varma’s ‘Mast’ (1999) that set Chauhan’s career into first-gear. Since then, Chauhan has musically speaking, consistently delivered hits and achieved milestones of unparalleled success.

Chauhan is one of those celebrities that is not only supremely talented but also well-liked because she is an inspiration. Married to music composer Hitesh Sonik, the couple welcomed their first child, son Tegh, on the 1st of January, 2018. She is now a mother, and it is a role that has significantly changed her life.

For Chauhan, being a mother has been a transformative experience. Since the birth of her son, the songstress has spoken candidly about giving birth and motherhood. More than any singer today, Chauhan makes it look easy.

But a look at the numbers proves that her career has been anything but that: across 23 years, 7000 songs, she has reinvented and redefined herself in incredible ways.

Boldness reflects in her persona and her voice, which no artist possessed at the time when Chauhan arrived in the scene and neither had people in India witnessed such of powerhouse of singing talent and incredible stage presence.

For an artist who’s been a dominant player in music for over two decade, she’s arguably reached a new height at this generation’s most influential performer, when she performed at the 2015 Global Citizen Festival along with artists like Coldplay, Ed Sheeran, Beyoncé and more.

Chauhan remains the gold standard for playback singing in India and has over the years proved that there is no one like her.