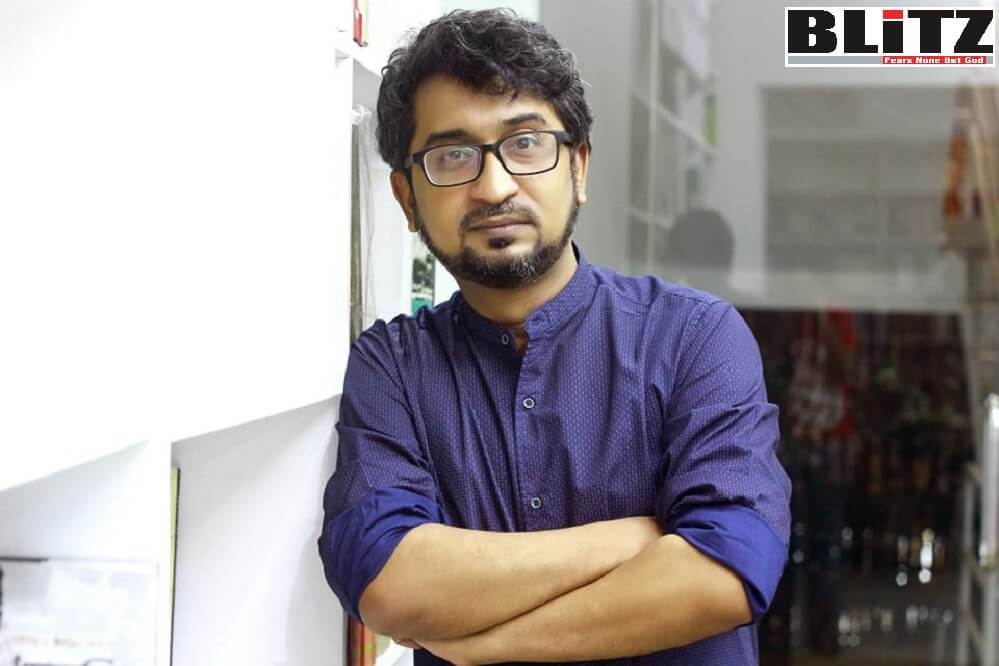 As Horace Walpole said, “imagination was given to man to compensate him for what he isn’t. A sense of humor was provided to console him for what he is”, Bangladeshi novelist and screenplay write Sushmoy Acharya Sumon can be best described as a writer who keeps on writing almost every day and keeps on weaving the stories or numerous characters through his ocean of imagination. Although Chris Mentillo once said, “to make an exceptional living with a career as a writer, you need to multiple source of writing income to sustain lifelong earnings. Never depend on only one origin of income as a novelist”, Sushmoy Sumon would stand as an exception. He has chosen the career of a writer – a novelist despite various forms of adversities in the society where he dwells.

Pat Conroy in his book named ‘My Losing Season: A Memoir”, wrote: “You do not learn how to write novels in a writing program. You learn how by leading an interesting life. Open yourself up to all experience. Let life pour through you the way light pours through leaves”, Sushmoy Sumon too inhales ingredients of his stories from everything his eyes witnesses or soul gets attracted to. He even keeps on hunting stories from within the society, and even social media platform and picks up characters or the imaginative thoughts, which finally transforms into stories that flows through his pen. In most cases, he avoids censoring events or stories of some characters as Eudora Welty said, “the novelist works neither to correct not to condone, not al all to comfort, but to make what’s told alive”. Yes, Sushmoy Sumon has championed the skill of telling stories “alive” to his audience. Does he forget a story once putting it in writing is done? Possible he does, as Mary McCarthy said, “a novelist is an elephant, but an elephant who must pretend to forget”.

Most of the time people ask – do the novelist conceal any fact or they do tell the truth through writings? I would rather quote here Edward Abbey who said, “the novel should tell the truth as I see the truth, or as the novelist persuades me to see it. And one more demand: I expect the novelist to aspire to improve the world. … As a novelist, I want to be more than one more dog barking at the other dogs barking at me. Not out of any foolish hope that one novelist, or all virtuous novelists in chorus, can make much of a difference for good, except in the long run, but out of the need to prevent the human world from relaxing into something worse. To maintain the tension between truth and falsity, beauty and ugliness, good and evil. … I believe the highest duty of the serious novelist is, whatever the means or technique, to be a critic of his society, to hold society to its own ideals, or if these ideals are unworthy, to suggest better ideals”.

To a large segment of bookoholics in Bangladesh, Sushmoy Acharya Sumon, who is popularly known as Sushmoy Sumon has become a much-desired name. For many years this prolific writer has been writing novels, short stories and television screenplays. Until now, 15 of his novels have already been published while uncounted number of television fictions and serials have been aired on several TV channels in Bangladesh. Last year, two of his new novels – Bhalobasha Namer Asukh and Bipanna Phisphas were published and were available at various bookstores and online platforms. As I have said, Sushmoy Sumon never stops writing – not even a single day. Most of the time I ask myself, what is the basic energy that leads someone to continuously write? It is conquest of loneliness. Sumon may not address this question or would rather give an indirect answer. But I would like to quote here Leon Uris, who said: “this was what I came to found. The conquest of loneliness was the missing link that was one day going to make a decent novelist out of me. If you are out here and cannot close off the loves and hates of all that back there in the real world the memories will overtake you and swamp you and wilt your tenacity. Tenacity stamina… close off to everything and everyone but your writing. That’s the bloody price. I don t know maybe it’s some kind of ultimate selfishness. Maybe it’s part of the killer instinct. Unless you can stash away and bury thoughts of your greatest love you cannot sustain the kind of concentration that breaks most men trying to write a book over a three- or four-year period”. 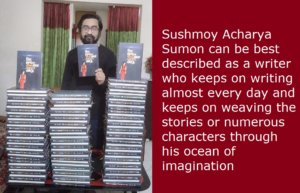 Most of us enjoy a good read, whether it is a novel that moves us to tears, a play that intrigues or a poem that rouses our passions, a piece of well-written literature can have an impact on our emotions, on our behavior and on our value-systems. There are very few of us who can recall a piece of writing verbatim. There are specific quotes however, that stay with us. These can be useful in a variety of situations; from quiz to job interview, being or appearing to be well read can hold you in good stead. Here are a few examples.

These days, many people complain about scarcity of “good stories” especially when it is the case of Bangla TV fictions or movies. During a brief conversation when I asked Sushmoy Sumon the reason behind scarcity of stories especially in Bangla dramas and serials. In reply he said, there is no scarcity of stories in real sense. Instead, production companies mostly are putting much of their attention to castings – thus putting writers at sidelines. This is the key reason when the production companies really aren’t putting much emphasis on stories or writers. But this can be a real problem for Bangla drama when it enters the global OTT platforms, where writers are given much of importance than castings or anything else. For example, international OTT platforms such as Netflix, Amazon etcetera are always putting priority to writers, and this is the secret behind their continuous successes with a number of productions. Let’s look into the case of Hwang Dong-hyuk, the writer of world-famous TV show – Squid Game.

Hwang Dong-hyuk initially conceived the story of Squid Game back in 2008 and completed the script for a feature-length film in 2009. He has gone to several film and TV content production companies in South Korea with it, no one showed interest. But finally, Netflix, which always puts special emphasis on writers showed interest in Hwang Dong-hyuk’s project. And the result has been astonishingly huge.