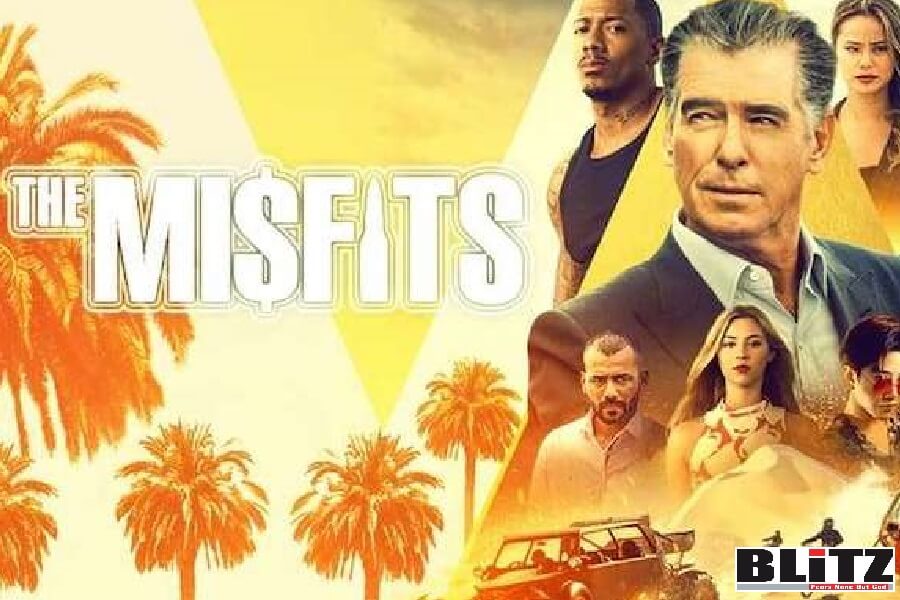 In the UAE funded Hollywood film, the director refers to Qatar as “Jazeeristan” and accuses its citizens of supporting “terrorist organizations” while Abu Dhabi’s mercenaries are depicted as heroes, Doha News reported. Writes Christine Douglass-Williams

The jihad-funding state of Qatar was portrayed as a “terrorist state” in The Misfits, a new Hollywood film that an Emirati film company co-produced. Al Jazeera — the notorious international news channel based in Doha and funded by the Qatari government — featured reactions from various Islamic authorities, who denounced the movie as “immoral” and “absurd.” joining the pro-jihad critics were Leftist media activists, who have been working hard to damage the film’s reception by means of vigorous criticism. The activist media rushed to the defense of Islam:

According to the New York Times, The Misfits is “insulting to Arabic dialects and the Muslim Brotherhood” and “inarguably awful, its grandiose muddle of a plot unimproved by bored camels and barely clothed women.”

Hollywood Insider described The Misfits as having “a few attractive criminals”; the film’s authors “threw them in the Middle East, and wrote jokes with a poor taste of terrorism and stereotypes.” The criticism did not include any real information to back its claims.

Variety says that in The Misfits, “the action is slick, if strangely outdated, in this miscalculated curiosity, which finds half a dozen criminals breaking into a Middle Eastern prison.” In reality, the film’s subject matter couldn’t be more timely, given the UAE’s normalization with Israel and distancing itself from normative jihad violence.

Similarly, Slight Magazine described The Misfits as a “refreshing” but “flighty film” which “remains defiantly ignorant of the world in which it exists.” Slight Magazine also says that the movie is “ignorant” of its topic.

Indie Wire described it as “a low-rent slog peppered with racism in lieu of any other flavoring.”

Doha News, like Al Jazeera, focused on the UAE’s involvement in the film:

“The Misfits” is alleged to be yet another Emirati attempt to portray Qatar as a terrorist state and a global financier of terrorism, prominent journalists have claimed.

“I do not know why exactly the UAE wants to damage Qatar’s reputation? Is it because we are Muslims and united with God and it wants to eliminate Islam and Muslims? Does the UAE want to distance Qatar from the essence of Islam and support of Muslims everywhere?”

The activist Leftist media continue to rush to the aid of Islamic supremacists and jihadists everywhere. In the case of this movie, the media criticism falls short, amounting to little more than that the film defied the standards of “wokeness.” The conflict between the Islamic and Western worlds has never been about “race” or “discrimination,” as the “woke” claim. It is about Islam. Qatar is an invasive, jihad-funding terrorist state.

A Hollywood film co-produced by an Emirati film company has been condemned as “immoral” and “absurd” for portraying Qatar as a “terrorist state”.

The Misfits, co-produced, filmed, and financed by the UAE-based FilmGate Production in partnership with Paramount Pictures and Highland Film Group, tells the story of savvy thief Richard Pace, played by Pierce Brosnan, who escapes from a high-security US prison and goes on to steal millions from the world’s most secure facilities.

In the film, the director refers to Qatar as “Jazeeristan” and accuses its citizens of supporting “terrorist organizations” while Abu Dhabi’s mercenaries are depicted as heroes, Doha News reported.

It added that the film portrays Qatar-based Egyptian Muslim scholar Sheikh Yusuf al-Qaradawi as “the leader of the Muslim Brotherhood and the sponsor of global terrorism”.

The report cited Egyptian journalist, Mohamed Nasser, as saying in a video posted online that The Misfits is nothing more than an attempt by the UAE to “destroy Qatar’s reputation”.

A Twitter user, who watched a leaked copy of the movie, describes it as “absurd” and not worthy of feedback.

“Shame on whoever funded this nonsense,” he added.

In a series of tweets, Qatari scholar Muhammad al-Kubaisi also slammed the film.

“May God never bless the Emirati leadership. They are using Hollywood and producing a movie called The Misfits, which cost them more than $50m dollars to damage Qatar’s reputation and accuse its peaceful society of terrorism,” he said.

“I do not know why exactly the UAE wants to damage Qatar’s reputation? Is it because we are Muslims and united with God and it wants to eliminate Islam and Muslims? Does the UAE want to distance Qatar from the essence of Islam and support of Muslims everywhere?”