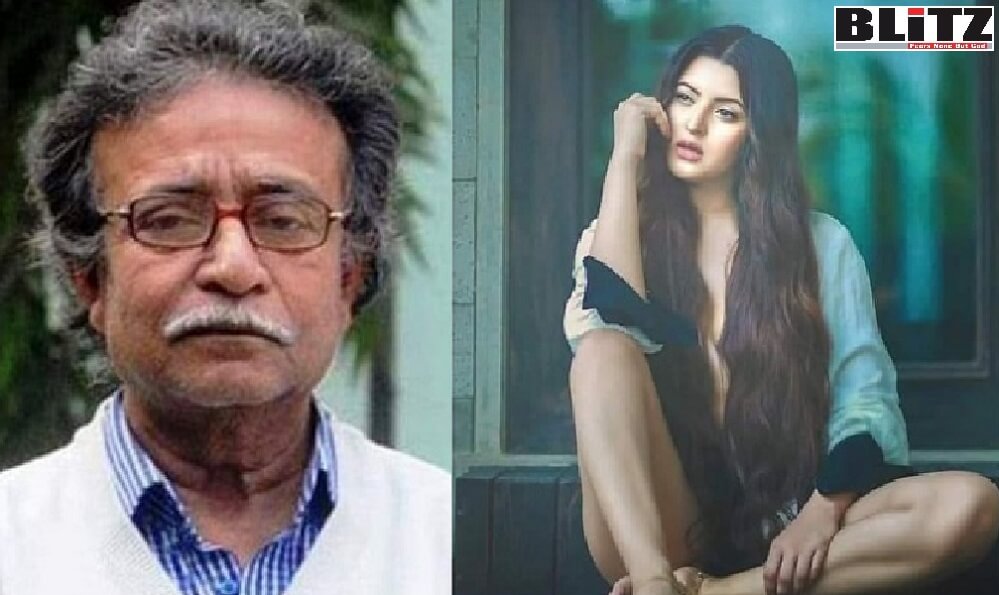 Veteran filmmaker Delowar Jahan Jhontu has recently criticized controversial actress of the Dhaka film industry saying, she has been using the film actress identity as a “signboard” of hiding a series of wrongdoings.

Commenting on the recent “incident” in Dhaka Boat Club, this director of many blockbuster movies said, “What has happened with Pori Moni in the clubs are what she deserves. It is the act of karma”.

He said Pori Moni has no right of seeking the help of the Prime Minister.

“Why Pori Moni has been giving birth to series of controversies by getting drunk? She has tarnished the image of our film industry”, Jhontu added.

Jhontu said, “What shall I reply if anyone asks me why the actress went to clubs in search of liquor? Why she had ransacked after being drunk? What reply I will give to people if I stand in support of Pori Moni? I want to ask, those legendary actresses like Babita, Shabana, did they ever go to clubs at such odd hours and drank? They did not. Never! In that case, why Pori Moni is doing this?”

Delowar Jahan Jhontu said, no one has heard the news of any such wrongdoings of hit actresses such as Mahia Mahi or Shabnam Bubli. They have never abused the status of being film stars.

This veteran filmmaker said, in Bangladesh society, people generally have a negative impression about members of the film industry, particularly those actresses. This Pori Moni case will only give credence to such wrong impressions. People of this country do not endorse rowdy behavior from any female, as we uphold social and family values. How can an actress visit clubs during those odd hours of the night and continue rowdy acts? I had a plan of casting Pori Moni in any of my future projects as she is pretty and has good physical fitness. But after these scandals, if even any producer shows interest in doing a film with Pori Moni, I won’t agree to be in the project. Pori Moni has destroyed her image.

“People won’t go to cinema halls spending money to watch any Pori Moni film. Because, in their eyes, she no more is a star. Her image has fallen flat. People become fans of an actress for many reasons, but they never accept their dream girl publish obscene photographs on social media platforms. By publishing those indecent photographs, Pori Moni must have a different goal, but for sure, it had nothing to do with her career as an actress.

Meanwhile, according to reports, the majority of the club authorities in Dhaka and other parts of the country have reportedly decided to ban Pori Moni from entering those establishments as she has already been proved to be a trouble-maker. Meanwhile, several newspapers and portals in Bangladesh, including Bangla Insider has raised a question about Pori Moni’s own residence where she is having a “huge bar” containing foreign liquors. For any individual, such acts are punishable offenses. A few months ago, authorities concerned raided the residence of controversial businessman Aziz Mohammed Bhai and confiscated a large volume of foreign liquors from his residence. Subsequently, cases were filed against him in this regard. But in the case of Pori Moni, there have been no such actions. People have already started asking – is Pori Moni above the law?

It is also reported in the local media that during each of her foreign tours, most of which were private ones, Pori Moni spent a huge amount of money.

Following the publication of series of reports on numerous controversies centering Pori Moni, the National Board of Revenue (NBR) has already started investigating the actual amount of annual income of Pori Moni, including details about her wealth as well as bank accounts in Bangladesh and abroad.

While Pori Moni spent over BDT 35 million in buying a super-luxury car, she has been regularly dodging income tax. According to the National Board of Revenue, Pori Moni shows her annual income in between BDT 5-6 million only. When asked, how an actress, whose annual income is just BDT 5-6 million could afford to buy a super-luxury car by spending more than BDT 35 million, an official of the National Board of Revenue said, “She has been concealing her real income and dodging income tax”, while seeking anonymity, a leading film producer said, “She definitely is not earning such a huge amount from the film. She must have some secret source of income”.

The source further said that majority of the actors and actresses of Bangladeshi film and drama circles are regularly dodging income tax. The official suggested the formation of a special team to launch string operations to unearth the amount of undeclared wealth of these individuals.