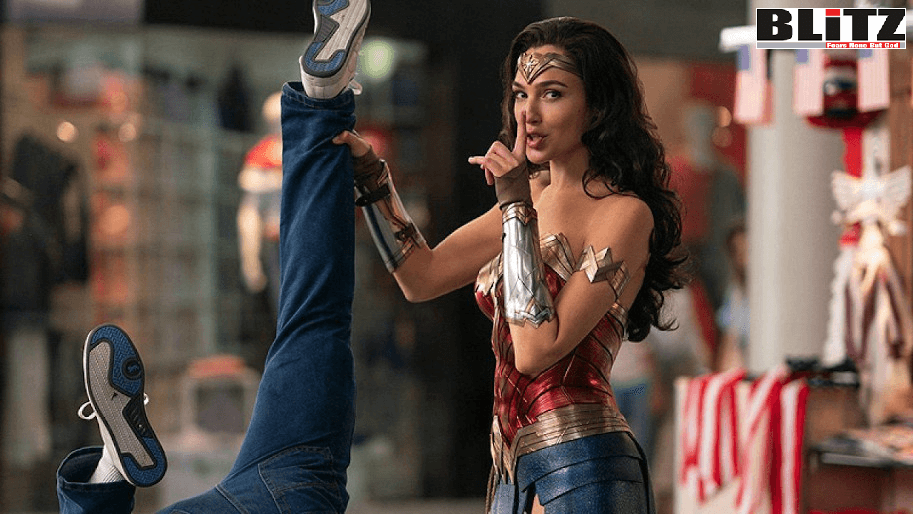 If you were planning to try to get away from the madness for a couple of hours with an escapist film, cross Wonder Woman 1984 off your list. It is no longer acceptable to the woke. According to a young gentleman named Farid-ul-Haq (who has, we’re told, “a Double Masters in Psychology and Biotechnology as well as an M.Phil in Molecular Genetics” and “is the author of numerous books”), Wonder Woman 1984 “features Islamophobia.” If you didn’t notice, don’t be concerned: no one else did either, other than Farid-ul-Haq himself, but you better notice now, or else.

That is because even though Farid-ul-Haq himself confesses that he “didn’t pick up on the blatant Islamophobia during my initial viewing,” he is now so sure it exists that he declares: “At this point, if you’re out there supporting Wonder Woman 1984 while ignoring or excusing certain narrative issues, I don’t know what to say to you.” Ah, the tribulations of the righteous!

Oddly enough, Farid-ul-Haq’s article on this in The Geekiary features this prominently: “This piece contains minor spoilers for Wonder Woman 1984. Consider yourself warned.” But how could that pious gang of geeks have ever thought that anyone would want to see this vicious hate screed masquerading as a major motion picture after reading Inquisitor Farid-ul-Haq’s heresy warning?

The “Islamophobia” that eagle-eyed Farid-ul-Haq finally found after several viewings of Wonder Woman 1984 apparently first appears in “an action sequence” during which “Maxwell Lord goes to meet Emir Said Bin Abydos and take over his oil empire. The Muslim character’s wish is to construct a wall and regain control of his ancestral land.”

Ah yes, you see, this is “Islamophobic,” because as everyone knows, only evil people ever want to build walls.

But it wasn’t just that. Also, “during the final moments, the movie also had a character in mujahideen-looking garb wishing for nuclear weapons,” yet “this movie didn’t have a single Muslim character playing the role of a good guy,” which Farid-ul-Haq says “felt weird” since “the first Wonder Woman had a Muslim character be one of Diana’s friends.”

Farid-ul-Haq thus takes for granted that Hollywood must never portray Muslims as “bad guys,” despite the existence of Islamic jihad terrorists all over the world, or at least must not do so without a balancing Muslim “good guy.” Why must Hollywood act as a PR service for Islam? Farid-ul-Haq would likely say that it is because Muslims are particular targets of “hate and discrimination in the real world,” but this is actually not true. The FBI listed 995 anti-Jewish “offenses” in 2019, and 219 anti-Muslim “offenses.” Even one is too many, but 219 offenses against Muslims in a year in a country of 330 million actually shows that such offenses are quite rare, as they should be. Would Farid-ul-Haq agree that Hollywood should show four and a half times more Jewish “good guys” than Muslim “good guys,” so as to combat “hate and discrimination” against Jews? Must Hollywood always balance portrayals of “bad guys” who really exist in the world with “good guys” from the same group? Would Farid-ul-Haq want every movie that features a neo-Nazi to feature also a good German for balance?

There was something even worse, however. Farid-ul-Haq is also enraged at Wonder Woman 1984 because a character was depicted as “swatting away a pendant, inside a taxi, with the name Allah and Muhammad (P.B.U.H) written on it.” However, a commenter on his article states:

“Thanks to this article, I’ve re-watched this scene over and over, and it looks to me that Steve is swatting the rear-view mirror to get it out of the way so he can climb out of the taxi after crashing it into the armored vehicle. Watching it frame-by-frame, it’s obvious he’s aiming for the mirror and not the pendant. The other issues brought up I can see, but I don’t see the pendant one.”

I don’t know who is right. I haven’t seen the movie and don’t intend to, not because of moral horror over its lack of wokeness, but because I rarely encounter movies made after 1965 or so that are any good. Anyway, even if the character really were swatting away the pendant, must Hollywood also abide by Sharia provisions mandating absolute reverence for Islamic religious objects? Has Hollywood ever shown similar deference toward Christianity, the cross, the Bible, the name of Jesus, etc.? Here again, why should Muslims and Islam be singled out for special consideration?

Maybe Farid-ul-Haq initially missed the “Islamophobia” in Wonder Woman 1984 because one has to strain so hard to see it at all. But victimhood status is currency on the Left today, and so it has to be maintained at all costs, no matter how ridiculous the lengths moral arbiters such as Farid-ul-Haq must go to in order to keep up the façade.

Robert Spencer is the director of Jihad Watch and a Shillman Fellow at the David Horowitz Freedom Center. He is author of 21 books, including the New York Times bestsellers The Politically Incorrect Guide to Islam (and Crusaders) and The Truth About Muhammad. His latest book is Rating America’s Presidents: An America-First Look at Who Is Best, Who Is Overrated, and Who Was An Absolute Disaster.