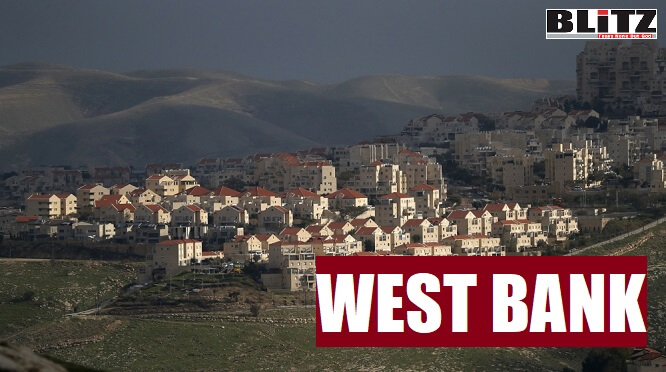 A comprehensive planning blueprint is needed for the western Land of Israel from the Jordan River to the Mediterranean Sea. It should set out the required spatial balance among the infrastructures for transportation, water, electricity, housing, sewage removal, and green-space preservation. Concomitantly, the application of sovereignty calls for the strategic governmental formulation of a new national master plan for the development of Israel’s eastern rampart.

The public debate on the future of the West Bank and the Jordan Valley has focused mainly on security and demographic considerations. But there is another issue that is no less important for Israel’s future: its growing residential and infrastructure density. The Jewish state is already one of the most densely populated countries in the world. All the “security experts” who favor withdrawals and oppose the application of sovereignty have repressed and denied this issue.

The Israeli cities along the centralized traffic and infrastructure axes on the coastal strip were not planned with steadily increasing congestion in mind. At this writing, 60% of the country’s Jewish population is concentrated between Netanya and Rishon LeZion. Three highways—2, 4, and 6—run through the coastal strip from north to south and are congested for most of the day. Even Highway 6, which was intended to alleviate traffic problems, suffers from overload.

There is only one location for an additional highway. In the open spaces to the east, it should be based on the Allon Road and should run through the Jordan Valley, which extends from the Jordan River to the edges of the eastern ridge line of the Samarian mountains. This is a vital transportation route that must be paved from Arad to Mount Gilboa in an intermediate range between the Jordan Valley road and the mountain spine. The paving of this route from Arad to Mishor Adumim, which is known in transportation plans as Highway 80, has been held up by politics.

This road, which should be comparable to Highway 6, is needed to divert the transportation overload, including trucking, that moves from north to south along the Coastal Road. A fast highway along this route would also serve all the residents of the mountain spine in the West Bank, both Palestinians and Jews. Such a project also harbors a potential for the region involving future traffic from Syria and Jordan to Egypt. A planning vision of this kind is essential to the continued existence of Israel, which in about another two decades will approach a population of 15 million.

In existing planning concepts, the residents of Israel continue to live in the congested coastal strip and Greater Tel Aviv. With 2040 in mind, the planning authorities were directed to plan 2.6 million apartments, all in Israeli territory within the Green Line. Some 300,000 apartments are supposed to be planned for the Jerusalem area alone, all within Israel’s official borders. A decree of this kind turns Jerusalem westward toward the green lung of the Judean Mountains and contradicts the national need to exploit the potential of the open spaces east of Jerusalem toward Ma’ale Adumim and the Dead Sea. Likewise, all the existing building plans further accelerate the movement of the Jewish population of the Land of Israel in the direction of Greater Tel Aviv.

If a more appropriate spatial balance is to be devised, it will require a new national master plan that gives the planners the following directives:

To consolidate Jerusalem as a metropolitan city while developing circumferential transportation and municipal infrastructures from Gush Etzion to Mishor Adumim, Michmash, Ofra, and Givat Ze’ev.

To fully utilize the open corridor from Jerusalem to the Dead Sea for the saturation construction of hundreds of thousands of housing units.

To develop an eastern flank for Israel from Arad to Mount Gilboa, while turning the Jordan Valley, up to the eastern ridge lines in Samaria, into a tract of continuous settlement for the absorption of two to three million Israelis.

To pave a highway in the Highway 6 format along the gradient of the Judean Desert, from Arad to Mishor Adumim and continuing north, on the basis of the Allon Road, to Beit She’an and Afula.

To develop a belt of urban settlement along Highway 5 (the Trans-Samarian Highway) from Rosh Ha’ayin to Ariel, Tapuah, Migdalim, and Ma’ale Efraim.

All these trends exist in Area C, and they offer a guiding framework for organizing the infrastructures of the Palestinian entity in lands controlled by Israel.

What is needed is a comprehensive planning blueprint for the western Land of Israel from the Jordan River to the Mediterranean Sea. It should set out the required spatial balance among the infrastructures for transportation, water, electricity, housing, sewage removal, and green-space preservation. Concomitantly, the application of sovereignty calls for the strategic governmental formulation of a new national master plan for the development of Israel’s eastern rampart.