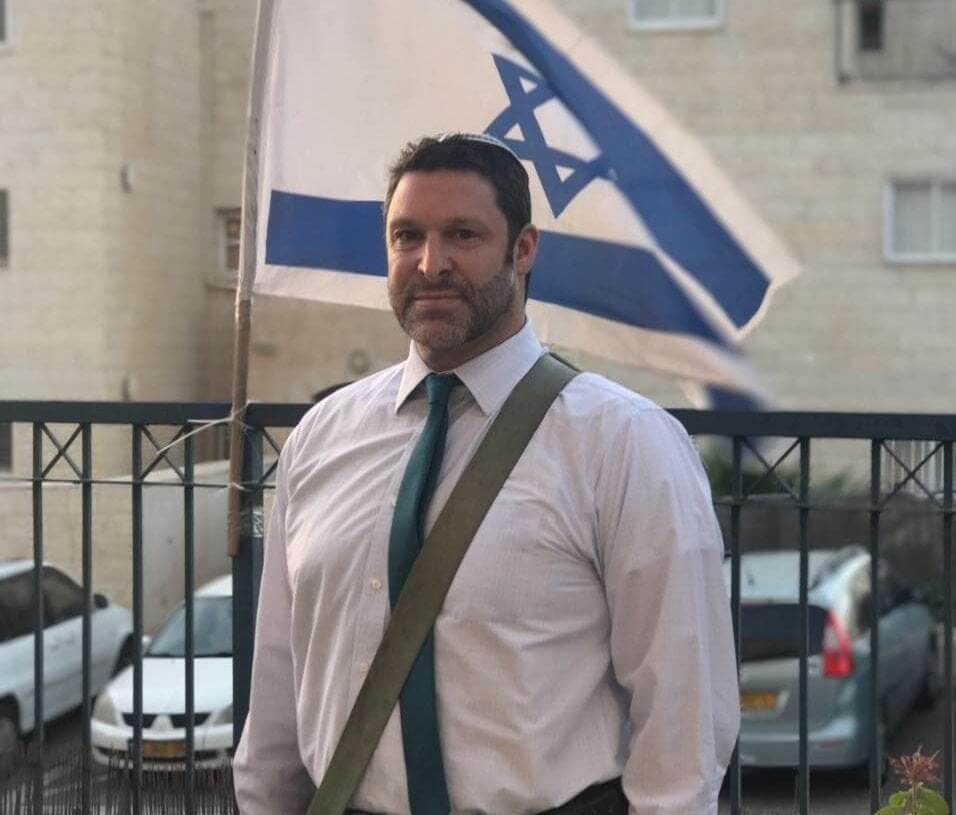 Today the nation of Israel suffered an unimaginably devastating loss. Ari Fuld was a lion. He was stabbed in the back by a spineless cowardly terrorist, but before leaving the world, Ari was able to chase him down and shoot him. Ari was a warrior through and through.

There are few people in the world of which I could say “at least he is on the job. At least we have him leading us. At least someone is answering the call and fearlessly fighting for Israel with every drop of his strength.” Ari Fuld was one of those few.

I still can not believe that I am speaking of Ari Fuld in past tense. This simply could not have been “random.” This was the assassination of a general.

All of Am Yisrael is weeping right now. And if we’re not, we should be. There are simply no words. No words.

May Hashem exact vengeance on this terrorist. His family. And the entire city of Yatta. Yatta – a nest of vipers that many other terrorists have emerged from. A city that is undoubtedly celebrating at this moment.

May the family of Ari Fuld zt”l be consoled knowing that Ari was a warrior for his people who will be remembered forever.

“I want to send my sincerest condolences to the Fuld family, to the residents of Efrat and all of Gush Etzion over the shocking murder of Ari Fuld,” said Israeli President Mr. Reuven Rivlin. “No one will resist terror so forcefully as Ari, who displayed exceptional courage and fought until the last moment — we too will pursue by any means the perpetrators of this attack.”

Israeli Prime Minister Benjamin Netanyahu likewise praised Fuld’s heroism. “With his last strength Ari fought heroically against the terrorist and prevented a graver tragedy,” Mr. Netanyahu said. “He was an outstanding father to four children who fought for the truth on the side of Israeli hasbara.”

US Ambassador to Israel, Mr. David Friedman expressed condolences to the Fuld family in a tweet, saying that “America grieves as one of its citizens was brutally murdered by a Palestinian terrorist.”

Fuld, Friedman wrote, “was a passionate defender of Israel & an American patriot. He represented the best of both countries & will be deeply missed. May his family be comforted & his memory be blessed.”

Blitz editor and a firebrand defender of Israel, Salah Uddin Shoaib Choudhury said, “I have lost words at this barbaric murder. Through this, Falestinian terrorists once again proved, they have no right to continue occupying the 6,220 kilometers of Israeli land. Israel needs to do anything in driving out these terrorists and send them back to the countries, where from they came. No sensible individual can accept such notoriety, save the appeasers of terrorism. My condolence to the family of this hero and to the people of Israel! I demand a befitting response from the members of the Israeli security forces forthwith. Eliminate the terrorist launch pad now. Enough is enough!

“I am calling upon the US President Donald Trump and the virtuous members of his administration to immediately impose strict sanctions on the Falestinian terrorist and compel them in vacating the occupied Israeli land. After this unacceptable and barbaric murder, anyone talking about the so-called two-state formula will be deemed by me and members of my newspaper as enemy of peace” Mr. Choudhury added.

Fuld was a father of four and a dual US-Israeli citizen. He served as a sergeant in an elite paratroopers unit in the IDF reserves and also served on the Efrat emergency squad.

His Facebook page states: “Living the dream! I have a love for the Nation of Israel, Land of Israel and Torah of Israel.”

Well-known in Jewish communities around the globe, Fuld was assistant director of Standing Together, an organization that supports IDF soldiers, according to his personal website. He was an outspoken defender of Israel in the media and online, regularly engaging with Israel’s critics through his Facebook and Twitter accounts.

According to his personal website, Fuld was about to launch a new Israel advocacy website in English.

He held a fourth level black belt in karate and had taught the martial art to hundreds of children in Erat.

Ari’s brother, Hillel Fuld, a well known hi-tech guru, wrote on his Twitter account, “He lived as a hero and died as a hero. My big bro is gone. Thanks for the messages. Really. Just looking for oxygen now.”