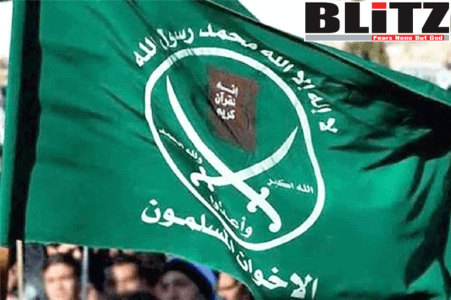 Muslim Brotherhood members imprisoned in Egypt offered last month to renounce the group and pay damages in exchange for their freedom. But it doesn’t appear the gambit will work, and the move has exposed a generational rift within the 91-year-old Sunni movement.

A series of scandals have hit the mother group

including corruption allegations of its leaders who are accused of stealing donations, and recently, the indifference shown by the same leaders to the plight of the group’s imprisoned youth.

*As many as 1,500 Muslim Brotherhood youth who was convicted in a number of charges including terrorism, vandalism and joining a terrorist listed group in Egypt, signed a petition seeking a reconciliation with the government in exchange for vowing to renounce the Muslim Brotherhood extremism and politics. The petition included a pledge for each prisoner to pay $5,000 in reparations to the Tahya Misr (Long Live Egypt) development fund.

No official response has come from the Egyptian government. But Muslim Brotherhood leaders expressed shock, especially 82-year-old Ibrahim Munir, the de-facto general guide residing in London. He accused Egyptian security authorities of baiting the inmates. “We did not put them in jail and did not force them to join the Muslim Brotherhood,” he told Al Jazeera. “Those who want to disown the Brotherhood should do so,” saying they have been given the “Nasser’s License.”

During President Gamal Abdel Nasser’s rule (1954-1970), Brotherhood members were offered a chance to revoke their membership and renounce the group’s beliefs in exchange for prison release. Many Brotherhood leaders took advantage of the opportunity, but some rejoined the Brotherhood during Anwar Sadat’s presidency.

Today, some Brotherhood leaders are criticizing the younger members. “Some of them envy us, I don’t know why,” radical cleric Wagdi Ghoneim, who is a fugitive in Turkey, said in a videotaped sermon posted earlier this month. “They say those who are in Turkey are riding cars and eating shawarma. It is not your business! What do you expect us to eat? Beans and falafel? God is blessing us because we moved on.”

Ghoneim once rejoiced when a hurricane struck the United States as “revenge by the Lord,” After Tunisian leader Zine El Abine Ben Ali was ousted from power in 2012, Ghoneim called on young men to die as martyrs for jihad instead of dying in their beds.

Brotherhood leaders have been criticized by some television personalities for demanding the inmates continue to sacrifice while they live comfortably in Turkey, Qatar, Europe and America.

Defections from the Muslim Brotherhood are not uncommon, but they usually happen on an individual basis, said Egyptian-Canadian author and political analyst Azza Sedky. “We’ve had individual members defecting, such as attorney Tharwat El Kharabawy, and what seemed initially as a genuine defection though proved to be a façade such as Abdel Moneim Aboul Fotouh, but a revolt of a whole group of a younger generation of Brotherhood members? No!”

“Some of them may have realized that they will lose an opportunity and will end up in prison for a very long time; that’s not remorse; that’s desperation,” she said.

Brotherhood history is filled with reconciliation initiatives. In many cases, imprisoned Brotherhood members were released, and a short period of calm would follow. After that, the Brotherhood would regroup and plot against the government.

But the Brotherhood betrayed Nasser, was tied to those who killed Anwar Sadat, and even plotted against [Hosni] Mubarak after submitting similar initiatives and reforms of their rhetoric, said former MB leader Tharwat Al Kharabawy. “We can never trust the Brotherhood, for their loyalty is never to a country or a nation, but [to] their own organization,” he said last month on the Saudi-financed MBC Masr. “They are not prisoners of war, but prisoners who committed acts of terrorism and similar crimes. The only way out of this is disbanding the entire terrorist group.”

For these reasons, Sedky believes that Egyptian authorities are less receptive this time.

“Neither the decision-maker nor many Egyptian citizens in general would feel secure to shake hands with MB members or any jihadi group given the history of such reconciliations,” said Sedky. “I doubt that a deal will ever be struck with either.”

Brotherhood television networks broadcasting from Turkey didn’t hold back when criticizing the would-be defectors. “A leader should be held accountable and careful when speaking in public,” said Hazem Zawba, a former Muslim Brotherhood spokesman in Egypt, “and the leadership should declare publicly that the Brotherhood are responsible for these prisoners on all levels because they are our people even those who decide to leave the group.”

Amr Farrag, the founder of the Muslim Brotherhood propaganda news network Rasd, bashed Munir on his Facebook page, calling him “a pimp.” Farrag’s page features many posts from the disgruntled families of the imprisoned youth.

Some Islamist group researchers believe that the inmates’ initiative should be considered.

“There are many among the Brotherhood youth who were fooled by the Brotherhood rhetoric as now they discovered that it is a group that is broken by rifts and now they seek to reconcile,” said former Muslim Brotherhood leader and political researcher Khalid Al Zaafarani.

Former Muslim Brotherhood member Sameh Eid agrees, saying that officials should consider the offer because many of the inmates are serving terms less than five years, so it is important to distance them from the Brotherhood rather than releasing them with vindictive emotions.

Still, silence from government officials indicates that the chances of reconciliation with the younger Muslim Brotherhood members are slim.

Meanwhile, corruption allegations against Brotherhood leaders surfaced in July. A leaked tape from Amir Bassam, a member of Brotherhood’s Shura Council, includes him saying Munir and Mahmoud Hussein, the Brotherhood’s secretary general in Egypt, acknowledged buying personal properties and vehicles with Brotherhood donations. An internal investigation by the Brotherhood led to the Shura Council being disbanded, Al Arabiya reported. One member, Mahmoud Elibiary, reportedly refused to return the money he had embezzled.

While the Muslim Brotherhood in Egypt has taken a blow, Sedky believes that it is far from finished.

“They will endure, and even if they hide in deep pockets underground, they will still have some presence,” she said. “They have instilled their venom in many citizens across many regions in Egypt, and it’ll be hard to get rid of them completely.”

Still, “It is quite redeeming to see their unified image collapse … the older generation is not of much use, and the younger one is desperate, but a core exists somewhere in between and won’t let go that easily.”