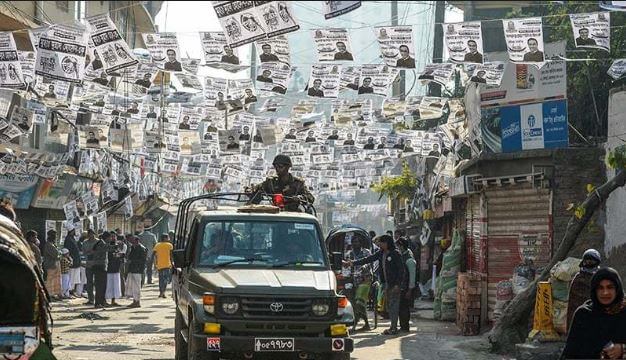 Following humiliating defeat of pro-Pakistan political force Bangladesh Nationalist Party (BNP) and militancy-linked Jamaat E Islami (JI), Pakistani spy agency ISI and its cronies seem to be all set in beginning a new chapter of conspiracy against the most popular Bangladesh Prime Minister Sheikh Hasina and her government. They are now trying to exert pressure of Indian Prime Minister Narendra Modi in expelling almost four million Bengali Muslims from Assam under the pretext of branding them as “illegal immigrants from Bangladesh”. There is no doubt, those who now are trying to bring up this issue at the forefront are not really doing this on national interest of India, rather their motive is to put both Bangladesh’s ruling party into serious odds. They also are trying to show Bangladesh’s growing relationship with China as an obstacle to Indo-Bangladesh relations.

Former Secretary of External Affairs, strategic affairs experts and columnist of the Deccan Chronicle and many other newspapers, K. C. Singh in a tweet message wrote, “Hasina, Delhi need to show more maturity. My take on Sheikh Hasina win in Bangladesh. She needs to cult opposition some slack; Delhi needs to not let electoral demands for baiting Muslims in Assam/WBengal [West Bengal] overtake diplomacy.”

Earlier on 2nd January 2019, K. C. Singh wrote an article titled ‘Hasina, Delhi need to show more maturity’ in the Asian Age, where he wrote, “India is bending its basic principles to accommodate national interests as Sheikh Hasina has been an adroit operator in isolating militant Islamists and balancing foreign policy between India, a valued neighbour, and China, a powerful economic and infrastructure-building juggernaut. She has often taken decisions about closer cooperation with India that in the past were kept pending fearing a domestic backlash. But should India adopt differentiated standards on authoritarian rule in the Maldives or Sri Lanka or any other Saarc neighbour, compared to Bangladesh? All the major powers in the aftermath of the Second World War have confronted similar dilemmas. For instance, the United States, while shedding blood in Vietnam to defend Asia against Communism, simultaneously befriended sundry dictators in the Gulf region and Latin America. America’s wartime President Franklin D. Roosevelt had reportedly silenced his secretary of state when he dubbed Nicaraguan dictator Anastasio Somoza a “bastard”, with the quip that “yes, but he’s our bastard”.

“In private, India needs to caution Sheikh Hasina that a similar bottling-up of opposition by her father, Prime Minister Sheikh Mujibur Rahman, had led to his assassination and a military coup in 1975. Begum Zia, founder of the Bangladesh National Party (BNP), being in jail, the Opposition rallied behind the Jatiya Oikya Front, led by 82-year-old Kamal Hossain, a former Awami League member turned dissident. Many of their candidates say they withdrew from the fight as polling began due to blatant booth-capturing by the ruling party.”

Mr. Singh further wrote, “…The Narendra Modi government has persistently wooed Sheikh Hasina. The exchange of enclaves and straightening of the boundary was a long overdue step to eliminate a recurring irritant. Two issues may yet challenge India-Bangladesh relations in 2019. One is the BJP’s insistence that those excluded from the National Register of Citizens (NRC) in Assam, currently 40.07 lakh people out of which 30 lakhs have sought a review, would be deported. Bangladesh insists that there are no illegal Bangladeshis in India. The second is the Rohingya issue, as most of them must have crossed the India-Bangladesh border. Instead of putting pressure on Myanmar, jointly with Bangladesh, to make conditions conducive for their return, India cannot bully Bangladesh to take them back. With the Lok Sabha elections approaching and the BJP facing slippage in the Hindi belt, its focus is on the eastern states, particularly West Bengal, to add to the BJP tally. A NRC-type move in West Bengal to polarise the vote could well rile Bangladesh.

“Therefore, the next six months are unlikely to see great leaps in Indo-Bangladesh relations. Bangladesh endorsed China’s Belt and Road Initiative (BRI) during Chinese President Xi Jinping’s 2016 visit. Several deals worth $21.5 billion were announced. The actual progress has been slow as Bangladesh realised that they were loans, not grants. The Karnaphuli Multi-Channel Tunnel to connect Chittagong to Cox’s Bazaar and thus linking the port to new economic zones in South Korea and China is under construction. Two China-made attack submarines commissioned in Chittagong port rang alarm bells in New Delhi. Bangladesh later signed a coordinated maritime patrol agreement with India called CORPAT. India also extended two soft loans — $1 billion in 2010 and $5 billion in 2017, the latter for defence equipment. Thus, so far there has been a deft balancing act between India and China.

“But Sheikh Hasina has not endorsed forthrightly a trans-Bangladesh transit corridor for India for connectivity with its eastern periphery. Perhaps a new Indian government after mid-2019 would push the planned Padma river bridge, which is a prerequisite for the trans-Bangladesh Asian Highway, turning Bangladesh into a bridge between South Asia and Asean. In return, Bangladesh may seek India’s help to approve the Bangladesh-China-India-Myanmar (BCIM) corridor which India is reluctant to endorse as it would cut across its sensitive eastern states. Bangladesh’s garment exports, a tremendous revenue earner and job creator, constitute 83 per cent of the country’s exports. With China looking to diversify its export partners, facing US trade sanctions, Bangladesh and India are attractive destinations.”

Writer, columnist, blogger and TV commentator Kanchan Gupta in a tweet wrote, “Bangladesh will have a parliament entirely occupied by the Awami League; the opposition’s presence, if it cares to register it, will be barely noticeable. Sheikh Hasina, with a third straight …”

Kanak Mani Dixit, tweeted about his article in Scroll titled ‘In Bangladesh, Sheikh Hasina’s landslide victory confirms that democracy is dead’. In this article, he wrote, “Democracy did not die in Bangladesh in December. It has been long dead here and is unlikely to be resurrected. This is why the results of the 11th General Elections were predictable. The only surprise was that despite winning an unprecedented third consecutive term with over 83% of the national vote and 96% of the parliamentary seats, Sheikh Hasina’s ruling Awami League did not paint the town red. This is in stark contrast to the audacity the ruling party has displayed in manufacturing a heavily one-sided election result, which is scarcely believable.”

Most possibly, similar propaganda will continue for next few weeks, as Pakistani ISI and its cohorts in Bangladesh cannot digest the humiliating defeat of the BNP-Jamaat nexus in the 30th December general election. But of course, Prime Minister Sheikh Hasina has already been greeted by Chinese President Xi Jin Ping Indian Prime Minister Narendra Modi, former chief of Indian National Congress Sonia Gandhi, Prime Minister of Sri Lanka, rulers of Saudi Arabia, Qatar and Bhutan. Meanwhile, United States and Britain has renewed their pledges of working with the newly elected government of Sheikh Hasina. Hopefully in next few days, similar messages will also be reaching Bangladesh from rest of the leaders in the world.

For Prime Minister Sheikh Hasina, the key challenge is further advancing Bangladesh economically and also strengthening its defence capacities. At this junction, Indian policymakers should refrain from taking any steps which would ultimately jeopardize the existing warm relations between Dhaka and Delhi.