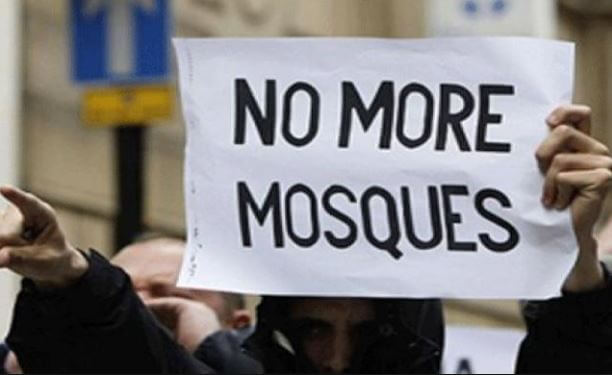 The modern day definition of the word Islamophobic is used to mean a hatred of Islam and the followers of Islam. Furthermore, the noun Islam itself has come to be defined in current parlance as so much more than a religion – a culture, a genre, a way of life, perhaps even a race. The literal meaning of Islamophobia is clear – an irrational detestation of Islam and Islam’s adherents. In certain jurisdictions it can be a criminal offence if one is proven to be Islamophobic. The European Court of Human, Rights which binds all 28 member nations, has gone so far as to effectively legitimize, an Islamic blasphemy code in the interests of preserving religious peace in Europe.

Every  commentator, journalist, politician , radio and TV presenter with a left wing bias is only too eager to accuse the opposition or an individual with  a conservative ideological view of either being a racist or of Islamophobia should they for example be in agreement with Donald Trump or sympathize with Israel. Such name calling is used when they ignore as a result of their ideological bias to bring to a conclusion any argument they cannot win via intellectual debate. By calling their opponents Islamophobic in that contemptuous manner appears to allow them off the hook. It is time we started to challenge the pomposity and imbecility of the left. One person coined the phrase that Islamophobia was invented by fascists, and used by cowards to manipulate morons. I understand this and probably agree with its sincerity irrespective that it may be insensitive to use in reasoned debate.

Therefore it must be possible to coin a phrase that explains the feelings of those who have not an ‘ irrational fear of Islam’ and subject to the accusations of being Islamophobic, but those millions of humans who from historical and recent experience have a ‘rational fear of Islam.’

From those indigenous black Africans suffering slavery under Islamists  in for example Libya and Somalia; or those Africans under cultural apartheid in Muslim Mauritania; the Greek Orthodox in Northern Cyprus subjected to Islamic ethnic cleansing; those Christians ethnically cleansed and  slaughtered by Boko Harem Islamists in Nigeria; Hindus killed by Islamist terrorists in Kashmir or similarly Catholics killed by Abu Sayef terrorists in the Philippines , it would appear that millions currently have a rational fear of Islam. Christians and Jews in numerous Middle Eastern Arab countries have been colonised, ethnically cleansed , murdered and had their assets stolen. Paradoxically many of the Muslim faith fear Islam, such as Shias in Malaysia or non Houthis in Yemen; Kurds in Turkey or Yazidis in Iraq.  A rational fear of Islam includes all ethnic groups, religions and cultures  globally.

So what term can we use to define those millions, throughout each continent who have a rational fear of Islam. I suggest the word we use, circulate and go viral with is…..

Furthermore we can verify that those who believe they are the victims of Islamophobia are themselves Islamophobic. How is this possible you ask. And the proof is simple and explained thus.

​The Koran is to Muslims what the New Testament is to Christians and the Old Testament is to Jews. These are historical truths, unchallenged and accepted since time immemorial to present day.  Running parallel with these facts are connected, religious claims which through a combination of propaganda, revisionism, deceit, bigotry and fake news have become accepted as truths but are myths.  The most glaring of these falsehoods is the supposed Palestinian connection to the Holy Land and their claim to Jerusalem. Such claims defy and mock Islam and therefore are undoubtedly Islamophobic.

Proof of the nonsensical propaganda and lies of the Palestinians  can be found not only on what the Koran specifies but also by what it omits. There are numerous Suras within the Koran which specifically bequeath and bestow the Holy Land that is current day Israel, to the Children of Israel, the collective term for those of the Jewish faith at the time the Koran was written and for centuries thereafter. Nowhere within the Koran is there  mention of the term Palestinians  nor of Jerusalem supposedly the third most religious site for Muslims . (Jerusalem however appears in the Jewish Bible over 800 times).

From Koranic and Islamic religious teachings and commands, current day Israel belongs to Judaism and current day Palestinians have no connection let alone claim. These are the words of the Islamic God, Allah and defiance of such commands must therefore be considered Islamophobic.