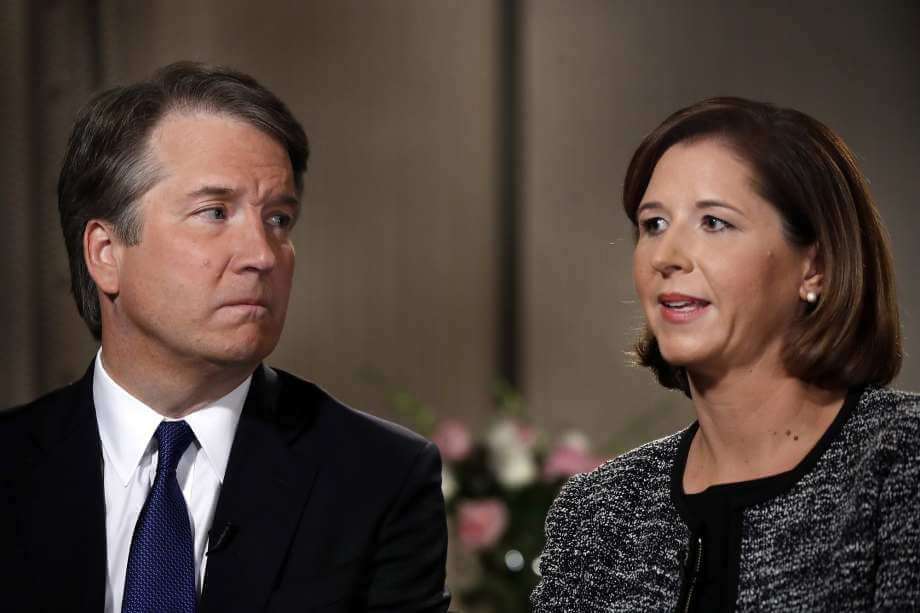 Brett Kavanaugh sent a letter on Monday to Sens. Chuck Grassley (R-Iowa) and Dianne Feinstein (D-Calif.) — the chairman and ranking member of the Senate Judiciary Committee, respectively — saying the accusations against him are “smears, pure and simple.”

“They debase our public discourse. But they are also a threat to any man or woman who wishes to serve our country. Such grotesque and obvious character assassination—if allowed to succeed—will dissuade competent and good people of all political persuasions from service,” Kavanaugh said in the letter to Grassley and Feinstein.

His letter to Grassley comes after The New Yorker reported that Senate Democrats are investigating a sexual misconduct allegation dating back to Kavanaugh’s freshman year at Yale University.

Deborah Ramirez says Kavanaugh exposed himself in front of her during a dorm party at Yale. She told The New Yorker that Kavanaugh thrust his penis in her face, causing her to touch it without her consent when she pushed him away.

Kavanaugh was already facing a sexual assault allegation from Christine Blasey Ford, who says that at a high school party in the early 1980s Kavanaugh pinned her down to a bed and tried to remove her clothing.

Kavanaugh and Ford are both scheduled to testify before the Judiciary Committee on Thursday. Kavanaugh has denied wrongdoing.

Republicans and the White House are lining up behind Kavanaugh, signaling that they are publicly preparing for a fight over his nomination.