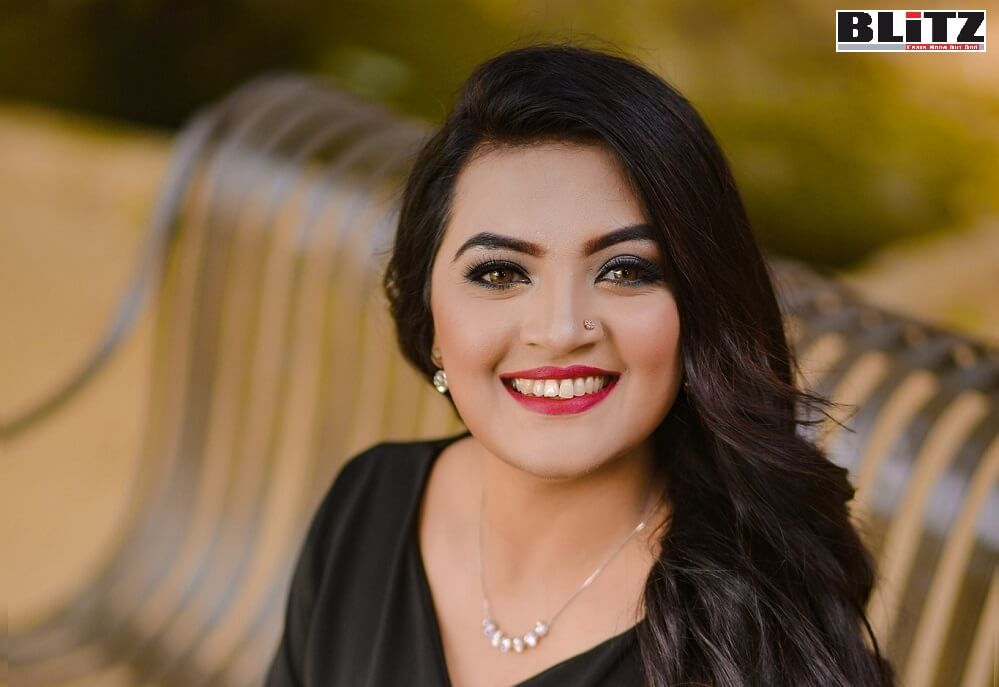 According to information, Tusty posted a photograph of her philanthropic organization ‘Aamra Manush Foundation’, where she is seen with an elderly poor man taking selfie with her as sign of gratitude for the magnificent activities of the organization during the month of Ramadan. A first post by Mohammod Fuad Hasan Murad, where he described Awami League members as Yaba addicts, Militants, and rotten

Seeing the Facebook post of Tusty, where she posted a photograph of her with an elderly poor man, a Facebook user named Muhammod Fuad Hasan Murad (মুহাম্মদ ফুয়াদ হাসান মুরাদ) made extremely offensive remarks asking as to why the actress had taken selfie with a man “during the month of Ramadan. As Tusty replied saying, the poor individual after getting help from AMF wanted to take a selfie as sign of his gratitude”, Muran turned furious on her. Moreover, Tusty said, the individual was an elderly person and this photograph should not be taken negatively. But, pro-Hefazat Murad continued to spread venom of religious extremism on the popular actress.

As many people started blasting Muhammod Fuad Hasan Murad (মুহাম্মদ ফুয়াদ হাসান মুরাদ) for his inappropriate and indecent comments about Shamima Tusty, the culprit quickly blocked the actress and started publishing and continued to edit posts, where he has openly proclaimed himself as “Hefazat Islam” man inside Awami League. 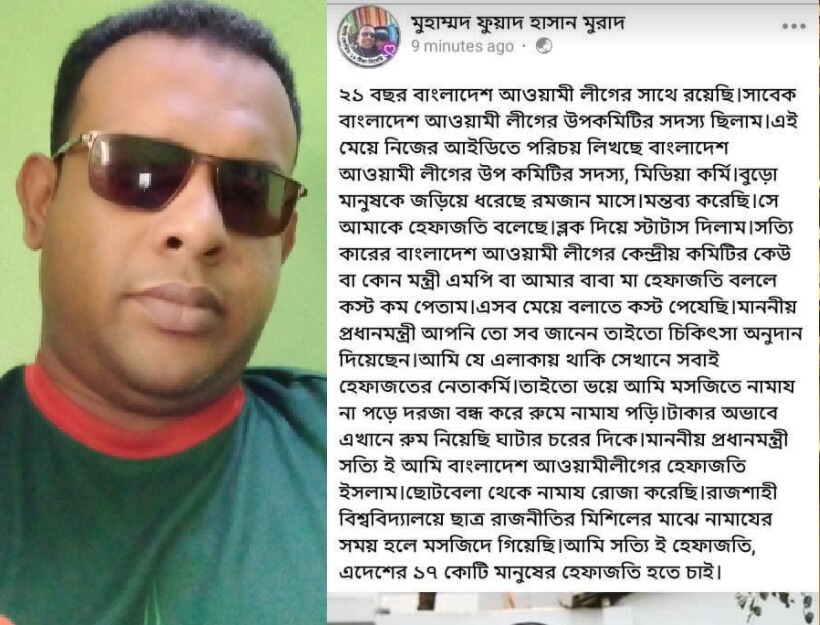 It may be mentioned here that, as per existing law of Bangladesh, publishing any indecent post on Facebook or social media, and especially making any foul attempt of maligning a female is a serious crime.

In the last edited version of his post, Muhammod Fuad Hasan Murad (মুহাম্মদ ফুয়াদ হাসান মুরাদ) gave threats to Shamima Tusty and other Facebook users, who left comments criticizing Murad. Placing threats on the social media is a criminal offense.

It may be mentioned here that, in his Facebook profile, Muhammod Fuad Hasan Murad (মুহাম্মদ ফুয়াদ হাসান মুরাদ) describes himself as a leader of ‘Bangladesh Awami League”, while he also claims to be “Ex 1&2 no joint Secretary at ” বাংলাদেশ ছাত্রলীগ, রাজশাহী বিশ্ববিদ্যালয়” (Bangladesh Chhatra League, Rajshahi University”. Cybercrime Unit of Bangladesh Police and Dhaka Metropolitan Police should immediately look into the matter.

We also are calling upon the international community, donor agencies and philanthropists to extend their support towards the magnificent activities of Aamra Manush Foundation.