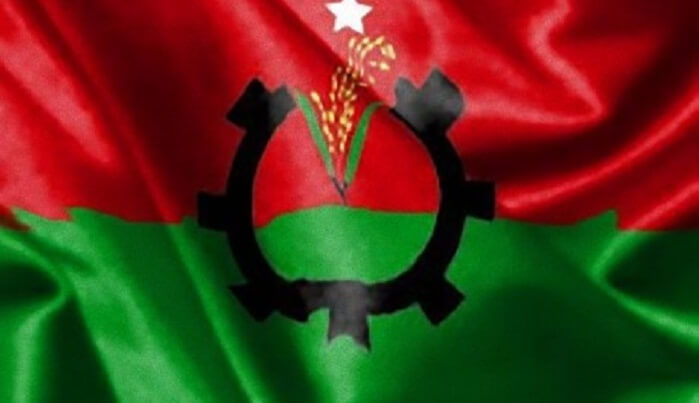 For decades, largest political parties in South Asia are labeled as promoters of family dynasties. In Pakistan, for example, while Pakistan People’s Party (PPP) belongs to Bhutto’s, Muslim League (ML-N) belongs to Sharif’s and ruling Tehreek e Insaf is a venture of Imran Khan. In India, a country known as the largest democracy in the world, Indian National Congress (INC) is very much a party of the Gandhis. In Bangladesh, Awami League (AL), Bangladesh Nationalist Party (BNP) and Jatiyo Party (JP) strictly belong to family dynasties. For years, political critics were demanding restoration of democracy within these parties. According to them, any party that lacks democracy within can never ensure true democracy in the country. There may not be any argument about two major political parties and a rather regional Jatiyo Party being run in an authoritarian system.

Former military ruler Gen Hussain Muhammad Ershad has succeeded in getting the label of being the most unpredictable and even untrustworthy politician in the country. People even mock his Jatiyo Party as the “house of clowns.” Some of the critics even say, Jatiyo Party and its big-boss Hussain Muhammad Ershad are the entertainment element in the bitterest political scenarios created by AL and BNP. Others say, Jatiyo Party has never been a party seen to be in power even in any remote thinking. It had always been the political enterprise of a former dictator, who wanted to turn politics into the most convenient way of making money or enjoying power. Although since January 5, 2014, Jatiyo Party has pretended to be the “main opposition” [in the parliament], with few of its MPs joining the cabinet and even Gen Ershad holding the status of the Special Envoy of the Prime Minister [with the rank of a cabinet minister], it has always remained as the political concubine of the ruling elites. None of the foreign nations had ever accepted Jatiyo Party as the “main opposition”, because they too were puzzled with the unique type of an “opposition” which was very much a part of the government. In other words, there has not been any opposition party in the parliament for past five years.

If we carefully scrutinize the reaction and statements of the ruling party and media reports, we too actually can easily understand, Awami League considers Bangladesh Nationalist Party as its only political rival. Yes, there are some minor political forces in Bangladesh, such as Communist, Socialist and Islamist parties. Amongst the Islamist parties, Jamaat-e-Islami Bangladesh (JIB) has its substantial supporter base, although in the recently held local government elections it was proved, JIB’s vote bank has substantially shrinked. On the other hand, there are some almost non-existent Islamist parties, which will never be able to emerge into political factors in Bangladesh. The party led by the Pir of Chormonai though might be seen of having lots of supporters, in reality, these aren’t really political supporters of the party. All of them actually are the followers of the Pir of Chormonai and for sure, major segment of those followers would never spoil their votes by casting in favour of any of the candidates of Pir’s party. Even I have serious doubts about any political prospect for Hefazat-e-Islam, if it ever emerges as a political party.

About Jamaat-e-Islami, my personal opinion is, this party is already into the pipeline of extinction. Majority of its supporters have already realized a plain fact – if and when two of the major parties play the religion card or more precisely Islam card in politics, they may need Jamaat as their political lapdog. But in no case, AL or BNP will ever allow Jamaat to emerge as a party having the sufficient supporter base, which is essential for any party to have the aspiration of going into power. Moreover, the black spot of war criminal, which has already been very much tagged with the name and brand of Jamaat, which will only contribute in gradual shrinking and finally extinction of the party.

Let me now clarify as to how the adversities have pushed BNP to emerge as a truly democratic party. As we know, chairperson of the party, Khaleda Zia is serving rigorous imprisonment since February 8, 2018; her son, the acting chairman of the party – Tarique Rahman already is a fugitive with several convictions. Tarique also has taken political asylum in Britain and there is really no real hope for him of returning to Bangladesh and enjoying similar popularity of his parents. That means, BNP currently is run under the leadership of its leaders – those who are not members of the family dynasty. The only possible risk for BNP in losing this excellent position of being a truly democratic party would emerge, if it wins the next general election. But, that hope is gradually fading-away. Instead, there is strong possibility for BNP to emerge as the main opposition (both in the parliament and outside). In that case, the process of ensuring in-house democracy in the party will uninterruptedly continues for at least next five years.

Prime Minister Sheikh Hasina has said BNP is not serious about the upcoming general election. I would agree with her. Yes, BNP is not at all serious about the election. We don’t see any prospective prime minister in the list of the candidates filed by BNP and its alliance partners. Nor there is anyone, who even could become the leader of the opposition. Under the current realities, there is no legal way for Khaleda Zia or Tarique Rahman to sit either into the position of the prime minister or leader of the opposition. I am rather seeing a huge chaos within BNP, right after the December 30 general election, because, other than Khaleda Zia and Tarique Rahman, no other leader of the party can become the prime minister or even leader of the opposition through unanimous decision. On the other hand, following BNP’s joining the election; there is no hope or scope for Ershad’s Jatiyo Party in getting substantial number of seats, which would make it eligible to be the next main opposition in the parliament. With Gen Ershad’s mysterious illness, Jatiyo Party too has become clinically dead politically.