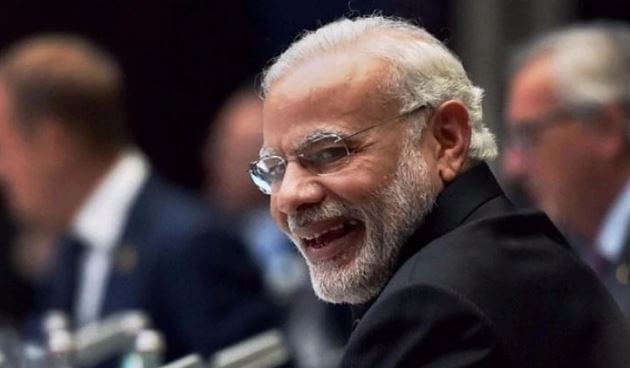 Jihadist attack in Pulwama district in India was not a mere attack on India or more precisely a direct threat to Indian authorities and the people, but it was also a challenge to all of us – those who confront radical Islam and jihad. For this reason, all of us want a befitting response to this attack, not by merely playing ‘Tom & Jerry’ or some mock offensives on the jihadists. We want stern actions on the terrorist nation Pakistan – and of course not just mere blank and worthless political dialogues and big mouthing. But unfortunately, to our utter dismay, we are seeing the Indian ruling elites and their cohorts making frantic bids of political capitalization of this tragic incident. No doubt, the most beneficiaries of the Pulwama attack are Prime Minister Narendra Modi and his Bharatiya Janata Party (BJP). Should there be no such attack; Modi and BJP would be doomed during the upcoming Lok Sabha elections. But now, their victory is almost confirmed.

I know, for the “crime” of writing this article, Mr. Modi and his entire team will turn violent on me. They may even instruct the Indian High Commission in Bangladesh to blacklist me and never grant Indian visa. But, may I say – it really doesn’t matter to me. I can’t stop telling the truth just for the sake of visiting my loving Kolkata or meeting my fellow Bangalis in the Bengal.

Something my brothers and sisters in India need to understand. For a large country like India, which boasts of having military and technological supremacy in comparing to Pakistan, such delay in giving befitting response to Pakistan’s audacity is not only unacceptable but also unfortunate. Just think, should such attack, God forbid would be on Israel, there would be immediate actions – offensives and destruction of the terrorist base. Why India is hesitating in launching massive drone attacks on the jihadist launch pads in Pakistan? While Prime Minister Narendra Modi is publicly claiming of giving a befitting response to the Pulwama attack, I can already smell rat in the entire matter. With certainty I can say – India won’t ever exhibit the guts and courage in dealing into this matter in toughest manner. Simply banning Pakistani artistes or chanting Pakistan Murdabad slogan is not enough at all. Everyone in India should understand – Pulwama attack was a naked challenge from Pakistan on India’s national security, and Indian politicians and ruling elites should not be toying with this issue.

Let everyone ask their own conscious – was Pulwama attack a result of intelligence failure? We know, India has sophisticated surveillance gear including satellites. There is no room to think, a SUV entered the Indian territory and approached the convoy without being tracked by the surveillance system. Moreover, considering the high level of intelligence gathering capacities, it is most unlikely that Indian intelligence agencies were in total dark about the possibility of a terror attack. Here is my question. As the intelligence agencies were already aware of this threat, why a huge convoy of 78 large vehicles was moving with members of CRPF without being given proper back-up? The way entire incident took place, anyone having elementary knowledge on security and intelligence issue would doubt, if the attack was rather welcomed by the Indian intelligence establishment. Following the Pulwama attack, there had been another “operation” where four jihadists were killed and four members of Indian Armed Forces and a police were killed in the cross fire. The operation took 17 hours. My humble question here is – why the Indian authorities had to wait for the Pulwama terrorist attack before going into that operation? It is most unlikely that those jihadists had come to Indian territory after the attack.

Abraham Lincoln said – “You cannot fool all the people all the time”. It seems to me, very unfortunately, Indian military and intelligence establishments as well as those ruling elites are considering people of that country as bunch of idiots.

Prove me wrong, if you can.