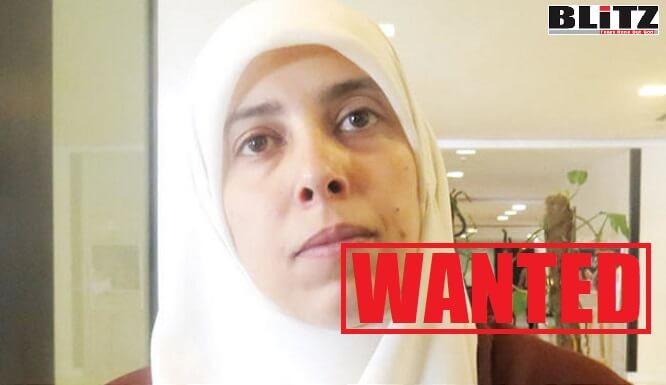 Ahlam Tamimi, a Hamas terrorist currently living in Jordan whom we discussed in the first three sections of this study, has been dubbed the “most wanted woman in the world” due to a $5 million FBI reward on her head. Nonetheless, Jordanian refusals to extradite for trial in the United States a woman who enjoys a perverse popularity as an Arab “Oprah” present a difficult challenge for American policymakers.

Tamimi should have served a life sentence in an Israeli prison for having orchestrated Jerusalem’s notorious August 9, 2001, Sbarro pizzeria suicide bombing, but walked free in a 2011 Hamas-Israel prisoner exchange. Her 15 dead victims included two Americans, the pregnant Judith Greenbaum, and the 15-year-old Malki Roth. Among the 121 wounded, many of whom “suffered life-changing, often horrendous, injuries,” as Malki’s father, Arnold Roth has noted, was a third American, Chana Nachenberg, who has been comatose ever since.

Enraged by Tamimi’s release, Roth, along with his key American partner, the Washington, DC-based Endowment for Middle East Truth (EMET), has since sought her trial in the United States under American terrorism statutes. The Department of Justice filed an indictment against under seal in 2013, later announced publicly on March 14, 2017. Last April 30, EMET organized a letter by seven Republican representatives to Jordan’s ambassador to the United States, Dina Kawar, calling for Tamimi’s extradition.

In Jordan, whose population is 70 percent Palestinian by descent, Tamimi enjoys shockingly widespread support as a fighter against Israel, as recent events have shown. Jordanian Foreign Minister Ayman Hussein Abdullah Al-Safadi rejected any proposed extradition on November 12, 2019. Six days later, Yahya Al-Saud, chairman of the Jordanian parliament’s Palestine Committee, opposed this extradition as well, and his character is revealing for Jordanian society. The anti-Semitic Saud has backed suicide bombings and incited violence against Israel, has opposed the 1994 Israeli-Jordanian peace treaty, and has not even shied away from fistfights with Israeli and Jordanian lawmakers.

Tamimi’s case has thrown into dispute the extradition treaty the United States signed with Jordan on March 28, 1995. In 2017, the unsealed American indictment actually caused Tamimi to spend a night in a Jordanian jail under an Interpol warrant, but by March 20, 2017, Jordan’s highest court, the Court of Cassation, had freed her once again. The court determined that the treaty was invalid, for while Jordan’s King Abdullah II had signed the treaty, Jordanian parliamentarians had not ratified it.

EMET has condemned the Jordanian government for repudiating what American authorities consider to be a valid treaty. Moreover, Jordan has previously extradited three other citizens to the United States, although they had engaged in terrorism against Americans outside of Israel. As EMET has noted, “up until the Tamimi case and its Israeli victims, Jordan had extradited terrorists to the United States multiple times.”

The extradition treaty, and the controversies surrounding it, had its actual origins in the first of these extraditions, namely that of Eyad Ismoil. This Jordanian-American dual citizen drove the truck carrying a bomb used in the first attempt to destroy New York’s World Trade Center on February 26, 1993. His ultimate extradition on August 2, 1995, to the United States, where a court put him behind bars for life, required the creation of the Jordanian-American treaty.

The Jordanian-American dispute over the treaty began with Ismoil, as Samuel M. Katz has written in Relentless Pursuit: The DSS and the Manhunt for the Al-Qaeda Terrorists. “The handover of Eyad Mahmoud Ismoil Najim was a political hand grenade in Jordan. The first extraditions ever of a Jordanian national accused of a terrorist crime against the United States would also be the last.” Jordan’s “Parliament scrapped the treaty” a week following his extradition.

This past history calls into question the validity of Jordanian objections to Tamimi’s extradition. “Legally, Jordan’s parliament has to ratify a treaty,” Counter Extremism Project senior researcher Josh Lipowsky has argued. Yet Jordan’s King “Abdullah could choose to honor the extradition request as a goodwill gesture to the United States.”

Roth at his excellent website, This Ongoing War, has dismissed the Jordanian objections as spurious, given Abdullah’s dictatorial power. Although Jordan “likes to call itself a constitutional monarchy, Jordan operates more like an absolute monarchy. If King Abdullah wanted Tamimi extradited, she would be have been shipped to Washington the same morning.” The leading Zionist website Elder of Ziyon (EoZ), meanwhile, has conclusively refuted claims that an American trial of Tamimi following her Israeli conviction would infringe the legal maxim against double jeopardy.

Accordingly, a growing number of voices have called for Tamimi’s extradition, despite attendant political quandaries. Tamimi’s grassroots popularity means that any conflict between her and Abdullah II, a key Western regional ally, could cost this domestically unpopular ruler his throne. In reality, he survives only through massive aid from countries such as Israel and the United States, which has made Jordan, after Israel and Egypt, the third largest annual American aid recipient (currently $1.275 billion).

One EMET letter signatory, Representative Scott Perry, has condemned Jordan’s prior refusal to extradite Tamimi. This is “unacceptable, and I fear its resistance will turn them into a safe harbor for international terrorists and thugs.” Jordan was thus sending a “very dangerous message to other bad actors that consider attacking innocent civilians.”

Roth has also contended that “Jordan would be healthier and stronger if its leadership faced up to the evil of terrorism” and “sent the right message to its public by extraditing” Tamimi. Likewise, the Israeli commentator Caroline Glick has argued that Abdullah II can and should extradite her. This extradition should accompany wider American and Israeli demands that he “take action in the media, in the school system, and his government-controlled mosques to moderate sentiments.” Otherwise, eventually the “Kingdom of Jordan will be overturned.”

EoZ has similarly supported, and profiled various American groups calling for, Tamimi’s extradition. For example, representatives of families of American service personnel killed in Jordan called for her extradition on July 17, 2017. Prominent New York rabbis also on June 25, 2019, wrote to, and later met with, Democratic Representative Jerry Nadler to urge her extradition. Their letter noted that Nachenberg’s once “toddler daughter has been raised these past 17 years without a mother.”

Some American officials have also publicly supported the Tamimi extradition campaign. President Donald Trump’s adviser on the Israeli-Palestinian negotiations, Jason Greenblatt, tweeted on March 11, 2019, about the bounty on her while at large in Jordan. Former American ambassador to Israel Dan Shapiro has advocated conditioning some Americans aid to Jordan upon her extradition. He wants “to resolve this case in a way that does not cause undue instability or political difficulties for an important ally in the Middle East.” Meanwhile, Conference of Presidents of Major American Jewish Organizations Executive Vice Chairman Malcolm Hoenlein stated in May that “we are getting more involved” in the Tamimi affair.

A solution to the policy dilemmas involving Abdullah II and Tamimi is highly desirable, particularly since she is not the first terrorist to kill Americans in Israel or the territories disputed with the Palestinians. As EMET has estimated, since the 1993 Oslo Accords that originated the ever-more moribund Israeli-Palestinian peace process, Palestinian terrorists have killed 69 Americans without any American judicial sanction. More than a matter of justice, Tamimi’s extradition should send a message that the Palestinian shedding of American blood carries a price.