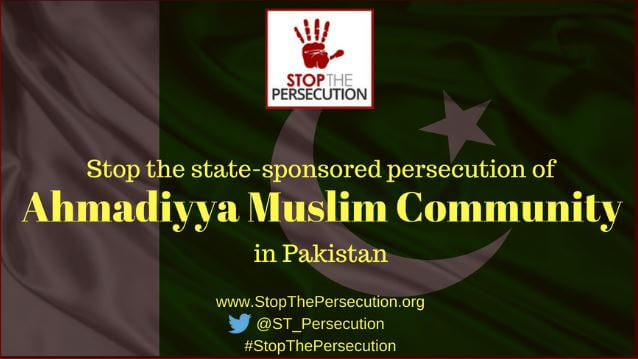 Ahmadiya Muslims congregated during the inaugural session of three-day 124th International Jalsa Salana, which began on Friday. Many of the Pakistani Ahmadiya Muslims have never visited mosques in Pakistan and are subjected to persecution and discrimination and were even implicated in police cases on false charges of violating Pakistan’s controversial blasphemy laws.

There are around five million Ahmadis in Pakistan and religious persecution is quite severe and systematic. Pakistani laws prohibit the Ahmadis from identifying themselves as Muslims, and their freedom of religion has been curtailed by a series of ordinances, Acts and constitutional amendments. When applying for a Pakistani passport, Pakistanis are required to declare that Mirza Ghulam Ahmad was an “impostor prophet” and his followers are non-Muslims.

Pakistani Ahmadiya Muslims have arrived at Qadian, headquarter of Ahmadiyya community in India, from Rabwa, Lahore, Rawalpindi and various other cities via Attari land border in Amritsar district.

Fearing a backlash, Pakistani Ahmadiya Muslims remain tight-lipped and maintain a distance with media, but a few dared to explain their concerns.

“We were hopeful of getting religious freedom in Imran Khan’s government, but it has not happened. Neither the attitude of Pakistan government nor its religious leadership has changed,” said a Pakistani national who didn’t want to reveal his identity.

Notably, former military ruler of Pakistan General Zia Ul Haq had issued an ordinance in 1984 forbidding Ahmadiya Muslims to call themselves Muslims and they were barred from worshipping in non-Ahmadiya mosques or even using traditional Islamic greeting in public.