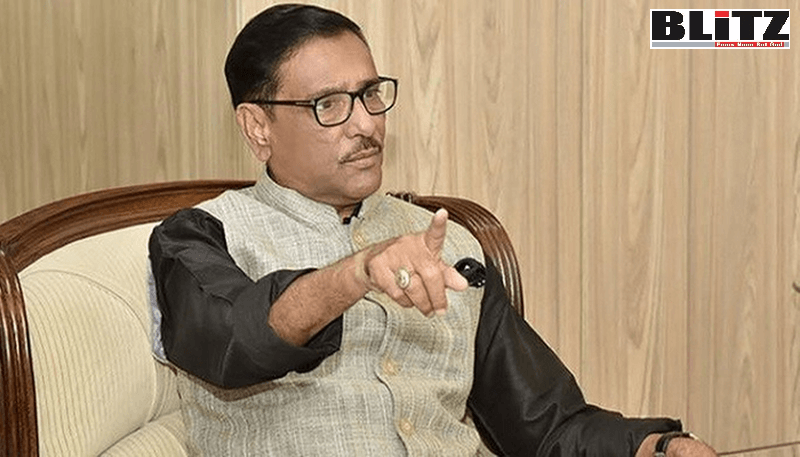 “Media in Bangladesh have been working independently and criticising the government. Even though the country’s active and vibrant media did not find any information (regarding to reports of Al Jazeera), the Al Jazeera Television broadcasted false information about Sheikh Hasina, which is very condemnable,” he said.

Quader, also the road transport and bridges minister, was speaking at a press conference on the contemporary affairs at his official residence here.

Noting that those, who has been conducting propaganda against the country and instigating people staying in London, have a connection with the Al Jazeera reports, he said people think that these reports are part of London-based intrigue and have no basis.

The AL general secretary said the Sheikh Hasina’s government has taken harsher stance against corruption and irregularity and it has already made its “zero tolerance policy” to graft clear.

He said the Anti-Corruption Commission (ACC), within jurisdiction, is working independently to check corruption in the country.

“Linking the responsibility of an individual to the head of the government makes the principles of journalism questionable and it is not proper journalism at all,” Quader said.

He said Sheikh Hasina is most successful prime minister after 1975 and her courageous and skilled leadership is highly lauded around the world.

The conspiracies and propaganda against the country both at home and abroad will not work, rather it will be a boomerang, he added.

Mentioning that the country’s people remain beside Sheikh Hasina, the AL general secretary said the ruling AL candidates’ victory in the ongoing municipality elections is an example of this despite propaganda against the government.

He urged the Al Jazeera authorities not to be an aide of implementation of anti-Bangladesh propaganda and not to release intentional, misleading and one-sided reports.

“Those, who have not acknowledged the country’s independence, development, achievements and progress yet, are engaged in a series of tactical conspiracies of these reports,” Quader added.