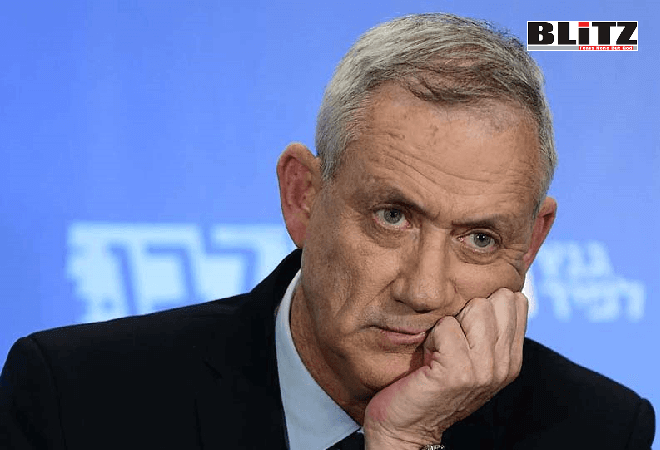 The Israeli notion of mamlachtiut does not translate well into English. Coming from the word mamlacha, or kingdom, the word suggests the quality of acting in a sovereign-like fashion. David Ben-Gurion used the term when he spoke of the Jews’ usage of military power while exercising caution with their political power. In Israeli history books, the term is conjured every time the nation faces a major juncture that requires individuals and factions to transcend partisan loyalties. Judging from their behavior in the recent elections, Benjamin Netanyahu and Benny Gantz both appear to be fuzzy on the meaning of the word.

Israelis are a cynical bunch, yet they have a specific term for putting one’s own interests aside for the greater good—a fact that speaks volumes about the national character and makes the country’s values clear. If that sounds like a platitude to you, consider Israel’s rocky political history. When Menachem Begin was elected in 1977, his victory was described as the mahapach, or revolution, that ended 29 years of Labor rule. You’d have expected the victor, long maligned by Labor’s lords, to take a moment and enjoy the spoils, maybe even exact some political revenge here and there. Begin did no such thing: He embraced mamlachtiut in his governance and decorum.

It was, in fact, one of his guiding principles. In his book The Revolt, on the 1940s Jewish struggle for independence, Begin wrote that he was confident that, despite opposing political beliefs during the British Mandate, the Jews would never reach a point of civil war.

“Two factors saved the people from the catastrophe of civil war,” he wrote. “In the first place we did not teach Irgun fighters to hate our political opponents. One-sided hatred is obviously a threat to national unity. Mutual hatred brings almost certain civil war. Whenever we saw manifestations of hatred against us we grieved and were astonished. Was such brother-hatred possible? we asked ourselves.”

Begin also displayed mamlachtiut when, to the fury of many of his right-wing supporters, he chose the Labor Party’s Moshe Dayan as his foreign minister for leading the peace talks with Egypt and eventually agreed to give back the Sinai Peninsula in return for peace. This historic opportunity, he realized, was greater than any one party’s narrow political agenda, and it was up to the leader to rise to the moment.

How things have changed.

For starters, while mamlachtiut has traditionally been discussed in the context of balancing the delicate equilibrium of Israel’s left and right, the country’s political system has been thoroughly transformed over the past 25 years. Today, the left and right in Israel don’t really exist: at best there is a right and a center right. As Yossi Klein Halevi astutely observed, Israelis are

centrist [as] regards a Palestinian state as an existential necessity for Israel—saving us from the impossible choice between Israel as a Jewish and a democratic state, or the moral burden of occupying another people, from growing pariah status. But a centrist also regards a Palestinian state as an existential threat to Israel—risking rocket attacks from the Samarian highlands on the coastal plain, where most Israelis live, transforming greater Tel Aviv into Sderot, the besieged Israeli town bordering Gaza that has been on the receiving end of thousands of rockets over the last decade. A centrist has two nightmares about Israel’s future. The first is that there won’t be a Palestinian state. The second is that there will be.

Under such murky circumstances, it’s not easy defining precisely what mamlachtiut still means these days. Is it about balancing Jewish tradition with the dictates of democracy? Is it about resolving the simmering arguments between Israeli and American Jews? Opinions differ—a condition mamlachtiut was not designed to address.

But while Israel lacks a clear directive of the sort that guided Begin or Ben-Gurion, it still needs to revert to the idea of mamlachtiut writ small to overcome its current gridlock.

Take a look at the latest round of general elections on September 17, and you’ll see that the contest wasn’t between opposing ideas or even political parties but rather between Bibi Netanyahu and Benny Gantz, two men who seem to agree on almost everything except which of them ought to be prime minister. Their small-mindedness and obsession with power at the expense of everything else had an adverse effect even prior to the elections. Tellingly, Menachem Begin’s son, Benny Begin, revealed in a radio interview just days before the elections that he would not vote for Likud, his historic home. “It seems the leadership of the party is doing everything to ensure I will not vote for them,” he said. The same was true for nearly every Israeli supporting any party.

The political jockeying continues. Because Netanyahu could not form a government in the allotted 28 days, Gantz received the mandate last Wednesday and will give it a try. From the podium at the president’s residence, Gantz appealed directly to “Likud…and its chairman Netanyahu” to join the “liberal unity government” he intends to build vowing a government “of national reconciliation” that would “unify Israel and the entire Jewish people.”

These are nice political slogans, but mathematically, Gantz has even less of a chance than Netanyahu had. This unprecedented political gridlock is only hurting the country.

It is true that Netanyahu, whatever else you may think of him, has many accomplishments to his name and can retire peacefully, now or at some point in the future, and rest on his laurels. It is also true that he may believe himself, as several pundits familiar with his circle have suggested, to be indispensable, a singular leader who alone can save his nation from collapse. But neither he nor Gantz is greater or more indispensable than Begin and Ben-Gurion were. Now is the time for them to adopt the principle, mamlachtiut, that characterized those two divergent Jewish leaders.