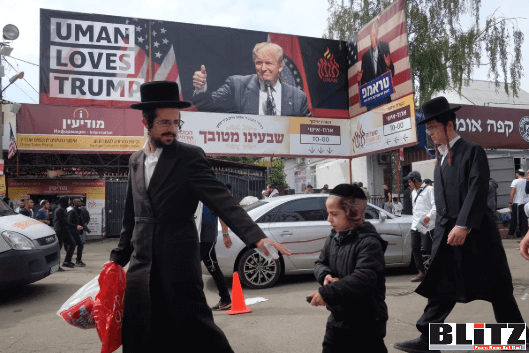 The persistent affiliation of the American Jewish diaspora with the Democratic party – a party that is vocally and increasingly critical of Israel – raises concern over what will happen when the US eventually elects another Democratic president. When that happens, the gap between Israel and American Jewry, one of its most powerful and necessary diplomatic assets, will be even bigger than it is today.

The Jewish diaspora in the US is becoming increasingly estranged from Israel. American Jewish youth are being pushed away from any affiliation with the Jewish state, and some Jewish students are even forced to hide their religious identity or their support for Israel in order to stay safe on campus. A central issue hindering a solution to this problem is the continued, uncompromising political support of the US Jewish diaspora for the Democratic Party, which is increasingly vocal in its disdain for Israel.

Though Israel urgently needs to maintain a healthy relationship with the American Jewish diaspora, its foreign ministry (MFA) suffers from a critical lack of human resources, budget, and status. The MFA’s relationship with US Jews has been dominated for decades by an unwritten covenant regarding values, priorities, and assumptions of behavior. However, powerful trends have undermined that covenant to the point of rendering it obsolete.

The Jewish diaspora faces a great challenge: the rise of antisemitism in the US. This can be seen in the relentless pressure placed by the BDS movement on Jewish youth to turn their backs on their Jewish identity. Many young American Jews do, in fact, view Israel as a moral burden they no longer wish to carry.

US Jewish identity trends include the following:

a growing interest in relationships that do not require communal institutions

the increasing difficulty American Jewry has speaking with one voice

the decline of the notion of unqualified support for Israel, with an increase in criticism of Israel among organizations that are ostensibly Zionist

the rise of the BDS (boycott, divest, and sanction) movement, which directly targets American Jewry and works to turn students against Israel.

All these elements, as well as others, have deepened the schisms on the American Jewish center-left. It has been forced into a vise by the right wing on one side and the anti-Zionist left on the other. Some American liberal Zionists, struggling to find a stable position, accept the boycott of Israeli products from West Bank neighborhoods but not the boycott of the Israeli state as a whole. Those liberal Zionists who oppose non-violent forms of pressure on Israel feel compelled to justify that opposition. The onus is on them to defend whatever degree of support for Israel they might retain.

They are not expected to defend an abstract ideal of what they hope Israel might one day become. They are obliged to defend the Israel of today. That Israel is accused by the BDS movement of:

detaining Palestinians without trial or charge

institutionalizing inequality between Jewish and Palestinian citizens of Israel

Denying Palestinian “refugees” the “right of return” to pre-1967 Israel.

The BDS has deprived Israel’s liberal supporters of the excuse that an aberrant “occupation” or right-wing government is mainly to blame for the state’s assorted sins. The problem isn’t Israel’s politics; the problem is Israel’s very existence as a Jewish state.

The BDS movement has grown steadily since its 2005 launch and has taken root on US campuses across the country. In 2017, for example, the student governments at the University of Wisconsin-Madison and Pitzger College passed referenda demanding divestment from and boycott of companies that do business with Israel. These resolutions are usually either ignored or condemned by university officials, but they still cause damage to the bonds between Israel and the US Jewish diaspora.

In the US, thousands of campuses around the country mark “Israeli Apartheid Week” every year, and have done so since 2001.

Boycotts of Israeli institutions of higher education are another BDS weapon. Unlike BDS resolutions against Israeli businesses, which are largely symbolic, academic boycotts have very real consequences for American Jewish and Israeli scholars. According to the BDS website, more than 1,000 faculty members on hundreds of campuses around the world have endorsed this boycott, and many Israeli scholars have lost funding and research opportunities as a result. In the US, BDS supporters have managed to ensure that some Jewish student groups are excluded from participation in social justice causes and events.

American Jewry is unquestionably moving away from Israel and Judaism. The Pew Research Center has shown that nearly 60% of American Jewish marriages since 2000 were mixed. A 2007 study found that around half of US Jews under 35 would not see Israel’s destruction as a personal tragedy.

Of course, not all of this is solely due to BDS, but there is no doubt that BDS is exploiting and doing its best to maximize the gap between the Jewish diaspora and the State of Israel. Many Jewish students are being pushed to avoid any kind of identification with Israel. And when new ways of fighting BDS emerge (for example, the Canary Mission website, which was established to shame “people and groups that promote hatred of the USA, Israel, and Jews on North American college campuses”), many Jewish students decline to support it.

To many American Jews, the prophetic and messianic role of the Jewish people – defined as the obligation to make the world a better place, or tikkun olam – is central to their identity as Jews and as liberals. A Pew Research Center survey of American Jews in 2013 found that among the five million American Jews, most regarded “working for justice and equality” as a pillar of their Jewish identity.

The divide between Israel and American Jewry was clearly visible at the time of the Pittsburgh massacre, which killed 11 Jews. When President Trump arrived at the scene of the attack, Israelis were heartened and American Jews were offended. Some of them even blamed him for the attack. Trump, who historically recognized Jerusalem as the capital of Israel, is seen by many as the most pro-Israel president in American history, but his very status as such taints him in the eyes of many American Jews. As some of the most strongly liberal Democrats in the US, they oppose Trump as a matter of course.

Israeli diplomacy needs to prepare for the day which a liberal American president returns to the Oval Office. When that happens, he or she will be supported by a significant majority of US Jewry. This will deepen the divide between Israel and the US diaspora, and the BDS movement will be ready to exploit that schism. That will be a dangerous day for Israel.