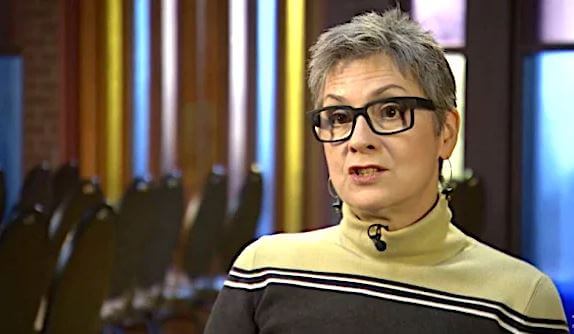 She doesn’t believe in God or Jesus Christ, but an atheist minister is being allowed to keep her position at a church that calls itself Christian.

The case of Rev. Gretta Vosper had been dubbed by some as a “heresy trial,” and in an “unexpected development” as one news outlet termed it, the United Church of Canada has come to terms with the woman, leaving her free to minister to her congregation in Toronto.

“It’s going to be wonderful,” Vosper told the Canadian Press. “We’ll be out from underneath that heavy cloud. Now we’ll be able to really fly.”

Vosper had been under fire for her professed atheism and faced an “unprecedented” ecclesiastical court hearing until the deal was reached. The exact terms were not disclosed.

In 2016, after an investigation, the Conference Interview Committee for the United Church’s Toronto Conference ruled 19-4 that Vosper was “not suitable” to remain as a minister.

“In our opinion, she is not suitable to continue in ordained ministry because she does not believe in God, Jesus Christ or the Holy Spirit,” the committee said, according to the Christian Post.

“Although The United Church of Canada is a big tent, welcoming a diversity of theological beliefs, Ms. Vosper is so far from center of what holds us together as a united church that we have concluded that she is not suitable to continue as an ordained minister in our Church.”

The Right Rev. Richard Bott, who was chosen in July to head the United Church in Canada, the nation’s second-largest denomination, said he was pleased the controversy was finally resolved.

“The dance between these core values, how they interact with and inform each other, is one that we continue to explore as followers of Jesus and children of the Creator,” he told the Canadian Press. “As a Christian church, we continue to expect that ministers in the United Church of Canada will offer their leadership in accordance with our shared and agreed upon statements of faith.”

Julian Falconer, the attorney for Vosper, was thrilled his client gets to keep her position.

“Both parties took a long look at the cost-benefit at running a heresy trial and whether it was good for anyone (and) the results speak for themselves,” Falconer said. “They recognized there’s a place for Gretta, and that there is no reason to separate the minister and the congregation.”

Among those who thought the decision is absurd is Rosie DiManno, a columnist for the Star.

“Carry on deleting all reference to God or a supernatural being in all sermons and rewritten hymns. Carry on expunging the Lord’s Prayer. Carry on with a fundamentally humanist dogma. Carry on conducting services as a community-centered attestation where everybody gets a shot at the microphone,” she wrote.

“But what a cross to bear that gigantic wooden crucifix at the front of the Church of the Master must be, constant reminder of everything this parish rejects.”