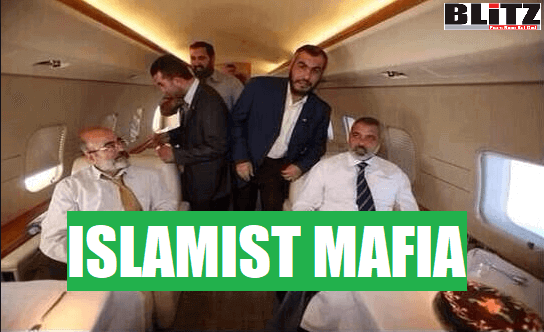 Rumors circulate of an impending Israeli-Palestinian peace plan to be proposed by the Trump administration. It might, therefore, be appropriate to scrutinize the Palestinian claim—grounded in myth and not history—to national sovereignty.

Jewish sovereignty in their biblical homeland began with the rule of kings David and Solomon in the 10th-century BCE. The kingdom of Israel existed as an independent state until 722 BCE, while the kingdom of Judah maintained its independence until 586 BCE. There was no sign of any people identified, or self-identified, as Palestinians. Despite repeated claims, there is not a shred of evidence—historical, archeological or textual—to connect them with the ancient Canaanites, Philistines or Jebusites, who preceded the return of Jews from Egypt to the homeland of their biblical patriarchs and matriarchs.

Modern conceptions of Palestine began to emerge in mid-19th-century England. Artist David Roberts, following the trail of the ancient Israelites from Egypt to their promised land, filled The Holy Land with romantic depictions of local people, places and ancient Jewish sites. Rev. Alexander Keith authored The Land of Israel, based on his belief in fulfillment of the ancient prophecy that Jews would return to their homeland. In a memorable phrase, often repeated, he wrote that Jews were “a people without a country; even as their own land … is in a great measure … a country without a people.” Palestinians were not mentioned.

Several years later, Lord Shaftesbury, in a letter to British foreign minister Lord Palmerston following the Crimean War, wondered whether there was “such a thing” as “a nation without a country.” Answering his own question, he referred to “the ancient and rightful lords of the soil, the Jews.”

In the beginning of the 20th century and continuing throughout British Mandatory rule, Zionist land development and work prospects attracted Arabs from Middle Eastern countries (who eventually became known as “Palestinians”). There was little discernible evidence of Palestinian national consciousness. The Balfour Declaration (1917) further negates Palestinian fantasies. In his famous letter to Lord Rothschild, British Foreign Secretary Arthur Balfour wrote: “His Majesty’s government view with favour the establishment in Palestine of a national home for the Jewish people.” The League of Nations adopted a resolution affirming the Balfour declaration. There was no mention of a Palestinian people, which did not then exist.

The League of Nations Mandate, approved in 1922, assured (in Article 6) “the establishment of the Jewish national home” in Palestine. The British Mandatory Authority was charged with encouraging “close settlement by Jews on the land.” Once again Palestinians, who did not yet exist in international consciousness or law—or, indeed among Arabs in Palestine—were not mentioned.

Where was “Palestine”? To placate Hashemite Sheik Abdullah, Colonial Secretary Winston Churchill partitioned Palestine, setting aside the territory east of the Jordan River to become the kingdom of Trans-Jordan. “Palestine,” reduced to one-quarter of its original size, comprised all the land between the river and the Mediterranean. The right of Jews to close settlement on that land remained protected.

Testifying before the British Peel Commission in 1936, after months of Arab rioting, Syrian leader Auni Bey Abdul-Hadi insisted: “There is no such country as Palestine. … Our country was for centuries part of Syria. ‘Palestine’ is alien to us. It is the Zionists who introduced it.” Shortly before the birth of the State of Israel, Arab historian Philip Hitti conceded: “There is no such thing as Palestine in history, absolutely not.” Even Columbia University historian Rashid Khalidi, an adviser to the Palestinian Authority, has acknowledged that before World War I, “Palestine” did not exist in Arab consciousness or self-definition.

After World War II, the United Nations Charter affirmed “the rights of any states or any peoples or the terms of existing international instruments.” In what became known as the “Palestine clause,” it protected Jewish settlement west of the Jordan River, including biblical Judea and Samaria (the West Bank). These international guarantees have not been rescinded.

As a consequence of the humiliating Arab defeat in the Six-Day War (1967), Jordanian control over its West Bank (biblical Judea and Samaria) abruptly ended. Once King Hussein’s country had been carved in half by its aggression against Israel, West Bank Arabs began to construct a Palestinian national identity in a land that had never been inhabited by a previously non-existent “Palestinian” people. Walid Shoebat from Bethlehem wondered why it was that until June 1967 “we considered ourselves Jordanian until the Jews returned to Jerusalem. Then all of a sudden we were Palestinians.”

If history and international law are insufficient, Palestinians might heed the statements of their own leaders. Zuhair Muhsin, PLO military commander and member of its Executive Council, asserted that there was “no distinction between Jordanians, Palestinians, Syrians and Lebanese. … The existence of a separate Palestinian identity serves only tactical purposes.” The idea of a Palestinian state, he acknowledged, was merely “a new tool in the continuing battle against Israel.”

Egyptian-born Yasser Arafat was not persuaded. Palestinian Arabs, he insisted, “are descendants of the Jebusites,” who disappeared after King David relocated his throne from Hebron to Jerusalem. Palestinian leaders, eager to substitute fantasies for reality, have also claimed, without a shred of supporting evidence, to be descended from the Canaanites and Philistines.

As Eli Hertz, president of “Myths and Facts” has carefully and persuasively documented (“Palestinians, the Bluff,” “Myths and Facts” (June 12), “the artificiality of Palestinian identity” is pervasive. Claims of descent from the Canaanites and Philistines are mythological, with no factual evidence to support them. During nearly two decades of Jordanian rule prior to the Six-Day War, “adherents to a separate Palestinian identity were a mute minority.” Even Jordan, which retains fantasies of return to its West Bank, does not recognize Palestinian statehood. Indeed, as Hertz notes, with Palestinians comprising more than two-thirds of the Jordanian population, “there already is a Palestinian state and a Palestinian people in everything but name.” Jordan is Palestine.

History and factual accuracy are no more likely now than before to persuade Palestinians that Israel—and, indeed, Judea and Samaria—do not comprise “Palestine.” History, for Palestinians, is little more than myths grounded in fantasy.

Jerold S. Auerbach is the author of “Print to Fit: The New York Times, Zionism and Israel, 1896-2016,” recently published by Academic Studies Press.