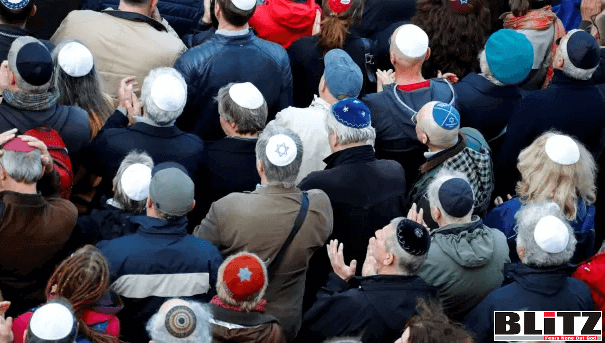 Yet another public taboo about antisemitism in Germany has been broken. National Antisemitism Commissioner Felix Klein recently said: “I cannot advise Jews to wear kippot everywhere all the time in Germany.”

Klein’s words were most unwelcome for the German authorities. He had, after all, indirectly revealed that the German legal system and police cannot guarantee Jewish freedom of expression in the public domain. More than that: Klein confirmed that in 2019, Jews are increasingly viewed as outsiders in contemporary German society. Unlike other Germans, Jews incur risk simply by revealing their religious identities in public.

There were many strong reactions to Klein’s words among senior politicians. Bavarian Minister of the Interior Joachim Herman, a Christian Socialist, said: “Everybody should wear his kippa wherever he wants.” German Interior Minister Horst Seehofer, also a Christian Socialist, said: “The state must guarantee the exercise of religion everywhere.” Socialist FM Heiko Maas wrote on Twitter: “Nobody should ever again have to hide his Jewish beliefs, not in Germany or elsewhere. Instead of hiding the kippa we have to show our face even more clearly against antisemitism.” German President Walter Steinmeier stated: “We cannot accept it if Jews don’t dare to wear kippas in our streets. It is our civic duty to fight anti-Semitism in all forms.”

None of these words provide any protection, of course, when Jews are attacked in the streets of German towns. The reality is that the German state is unable to guarantee their safety.

After these reactions Klein clarified his words, stating that they had been intended as a wakeup call to start a political debate about the safety of the German Jewish community. He expressed his “firm opinion” that more “alertness and civil courage” are needed.

Joseph Schuster, chairman of the Zentralrat der Juden in Deutschland (the umbrella organization of German Jews), welcomed Klein’s words. He said that for many years, Jews who are recognizable as such have been in danger in multiple major German towns. He added that it is entirely justified that this issue receive attention at the highest political level.

Klein’s words, and the reactions they engendered, also received publicity abroad. US Ambassador to Germany Richard Grenell wrote: “Wear your kippa. Wear your friend’s kippa. Borrow a kippa and wear it for our Jewish neighbors. Educate people that we are a diverse society.” Israeli President Reuven Rivlin expressed shock at Klein’s words (which makes one wonder whether his assistants keep him adequately informed about what is going on with regard to antisemitism in contemporary Europe). During a visit to Berlin, US Secretary of State Mike Pompeo voiced concern over Klein’s warning.

After Klein spoke out, there were some gestures of solidarity with the country’s Jews. Germany’s largest daily, Bild, printed a cut-out kippah on its front page and encouraged people to show solidarity by wearing them in public. On June 1, the extreme anti-Israel demonstration of Al Quds Day took place in Berlin, with about 1,200 participants. Lebanese, Iranian, and Palestinian flags were flown. A similar number of people, some of whom wore kippot, took part in two counter-demonstrations. The German discussion also led to a Dutch demonstration at which people donned kippot.

There have been other sympathy demonstrations elsewhere in Germany at which people wore kippot (for instance, in Frankfurt in May 2018 and in Bonn in July 2018). Even if these are only short-lived events, they are not mere acts of public relations, as some claim.

There have been significant numbers of attacks on Jews wearing kippot in public in Germany. This is particularly striking when one considers how few German Jews wear kippot.

Two examples of such attacks, both of which occurred last year, illustrate the reasons for Klein’s statement. In May 2018, an Israeli-Arab living in Berlin wanted to check if wearing a kippa in public did in fact lead to antisemitic reactions. Sure enough, he was attacked with a belt by a 19-year old Syrian.

In Bonn, a kippa-wearng visiting professor from the University of Baltimore was physically assaulted. A Palestinian knocked his kippa off his head and screamed in German, “It is forbidden to wear a kippa.” He then pushed the professor to the ground. The police took 20 minutes to arrive, and when they did, they beat up the professor, claiming they confused him with the assailant. The police then claimed that the professor had attacked them.

Klein’s recommendation could just as easily have been made by a French, Belgian, or Dutch official. The reality is that in each of these countries it is risky to wear a kippa in certain public places.

In 2001, the Chief Rabbi of Brussels, Albert Guigui, was attacked by a group of Arabic-speaking youngsters. They insulted him, spat at him, and kicked him in the face. Since then, Rabbi Guigui has only worn a kippa in private. In 2018, the French-speaking Belgian television station RTBF wanted to produce a program showing reactions to a Jew walking the streets of Brussels with a kippa on his head. They tried in vain for weeks to find a volunteer.

This is not a new problem. In a radio interview as long ago as 2003, then French Chief Rabbi Joseph Sitrouk told Jews to wear a cap rather than a kippa so as to avoid being attacked in the streets. Years ago, Henri Markens, Director General for the Organization for Jewish Education (JBO) in Amsterdam, said about the pupils at a Jewish high school: “For a number of years already, we have been telling our students to put a cap over their kippa. In principle, one shouldn’t have to do this, but the circumstances in Amsterdam leave you no choice.”

In some places the situation is even worse. In a 2013 study in a number of European countries, the Fundamental Rights Agency (FRA) found that on average 20% of Jews said they always avoid wearing, carrying, or displaying things that might help people identify them as Jewish in public. In 2011, a quantitative study was undertaken for the small Norwegian Jewish community. Twenty-one young Norwegian Jews from school age to 25 were interviewed. The study found that young Jews often do not reveal their religious identity. Some have changed schools or their parents have even changed residence because of the antisemitism they have experienced.

From my own experience: About ten years ago, during my time at the Jerusalem Center for Public Affairs, we had a Spanish intern who studied at the main university in Madrid. He said that even his closest friends there did not know he was Jewish.

Klein has pulled the lid off a European cesspool. It is one thing if Jewish officials recommend that Jews hide their identity. But once a government official says so, it exposes and confirms a huge democratic deficit.