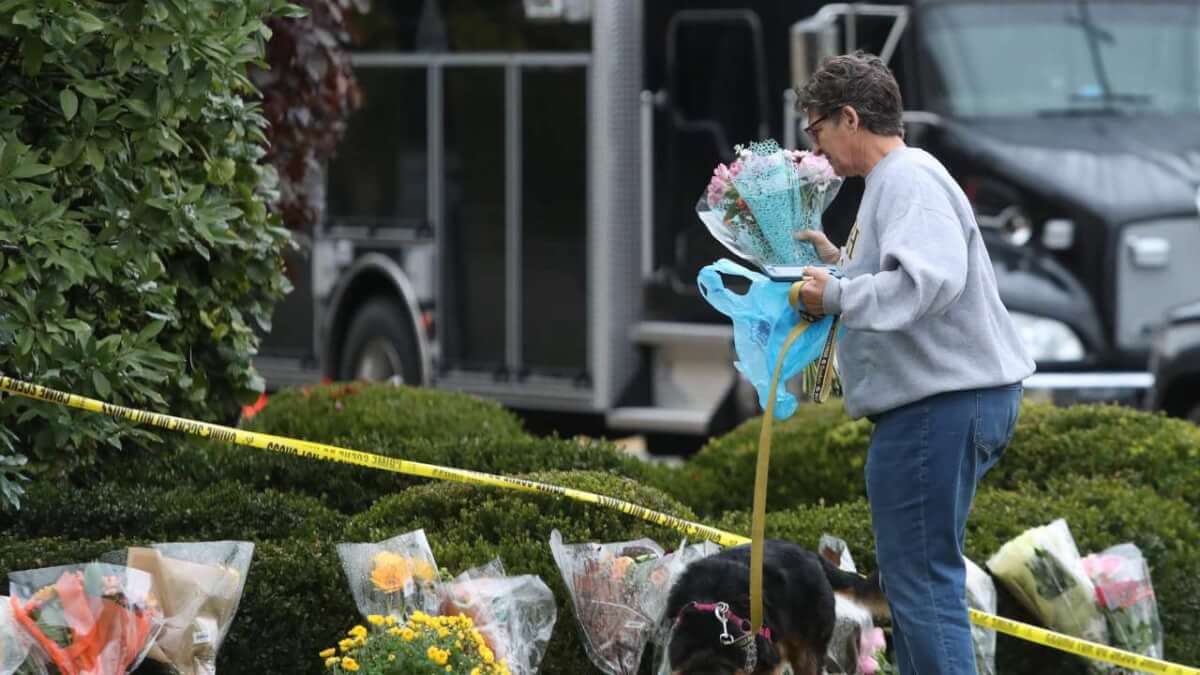 Immediately after 11 people were murdered at the Tree of Life synagogue in Pittsburgh on Saturday, media pundits and politicians began their political bean-counting: Whom to blame? Who would profit from the mass murder in the upcoming midterm elections?

To confront a crime like this seriously, first we need intellectual honesty and a national desire to respond to the overall phenomenon. And a phenomenon it is. The slaughter may have been perpetrated by a man from the delusional fringes of the extreme right, an anti-Semite who still uses the derogatory term “kikes,” but it is also part of a much bigger picture in American culture. Every month or two, a murderer enters a school or some other public place and murders civilians indiscriminately.

Anti-Semitism in the United States is not at its peak. It may be on the rise, as it is in Britain, France and Germany. But anti-Semitism was actually much worse in the 1930s, 1940s and 1950s. So why was no mass murder like Saturday’s committed against the Jewish community in those days?

The reason has to do with public order and the authority of the state.

The “fashion” of mass murder started with the 1959 killing of the Clutter family in Kansas, detailed by writer Truman Capote in his book In Cold Blood. Previous slaughters had passed under the radar—some against blacks in the racist South, who were de facto unprotected by law. American society was not horrified by these killings, just as the world was not horrified by the murder of Jews in the Holocaust because the Germans managed to convince everyone that the law did not apply to Jews, and that anyone who could do so was allowed to kill them.

This basic situation has changed very little, particularly when it comes to the Jews in Israel.

There is no reason to be dragged into the public debate in the United States about acts of mass murder. The Democrats always bring up the issue of gun control and oppose the idea of armed guards in public places. It is clear to Israelis that in a sick and violent reality like the current one in America right now, it would be best to have guards at the doors of synagogues and other buildings.

The killer on Saturday may have acted alone, but the climate enables insane events. It’s hard to say what is causing that climate, but it is clear that it can be summed up bluntly: Jews are easy victims for both the right and the left.

A day after the slaughter, attorney and longtime Harvard Law professor Alan Dershowitz decided that the BDS movement against Israel is an anti-Semitic hate group in every sense of the word. At Hunter College in New York, students from the BDS movement are demanding that the college’s “Zionist president” resign. All boundaries in the media and in politics have been trampled when it comes to President Donald Trump.

The polarized campaign over Justice Brett Kavanaugh’s appointment has created a sense that America is divided and is on its way to a civil war. Trump’s own contributions to that dangerous atmosphere—with his personality and media provocations—do not encourage a healing process.

When the framework of society breaks down and cultural values crumble, a process similar to what happened with the Weimar Republic begins. And the first to be hurt will be the Jews.

Amnon Lord, is an Israeli journalist with the daily newspaper Makor Rishon. His articles and essays about media, film and politics have been published in The Jerusalem Post, Mida, Azure, Nativ and Achshav.