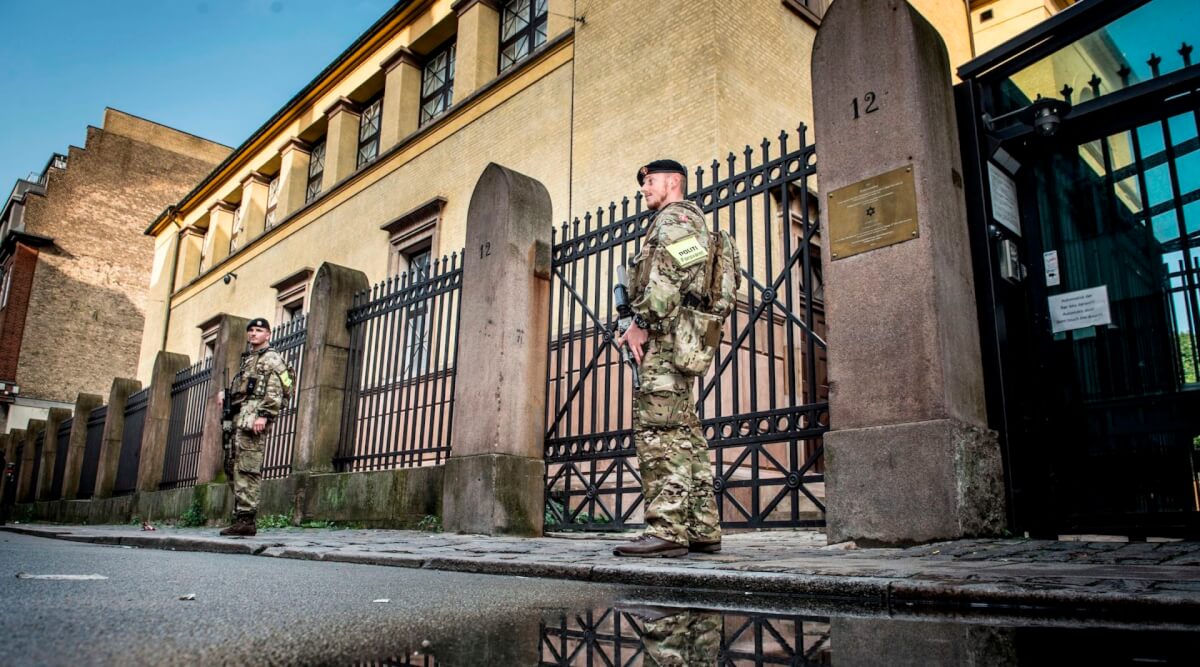 Gratitude: Considering dedication and commitment of Blitz in defending Israel and confronting radical Islam, jihad, anti-Semitism and Holocaust denial, internationally known research scholar, writer and philosopher, Dr. Manfred Gerstenfeld has very graciously granted permission to this newspaper to republish his articles appearing in any of the media in the world. We express our profound gratitude to him. Editor, Blitz.

The anti-Semitism that is so integral to European culture developed in a dominating hostile Christian environment over more than a millennium. This provided much of the cultural infrastructure of the Holocaust, which was executed by Germans with the help of many allies. During the Enlightenment and thereafter, many leading European thinkers expressed hatred towards Jews. In recent decades, the hatred towards Jews found in European societies mutated partly into anti-Israelism, which targets the Jewish state.

Saying that anti-Semitism is integral to European culture does not make one popular in Europe. This does not change even if one clarifies that this is not the same as saying that most Europeans are anti-Semites.

Yet the claim is not difficult to prove. European culture developed in a dominating, hostile Christian environment over more than a millennium. Major incitement against Jews initially stemmed from the Catholic Church. Later, several Protestant churches, including Lutherans, promoted Jew-hatred.

If powerful institutions and elites promote hatred over a very long period, that hatred comes to permeate the culture. In the 1960s, Christian historian and clergyman James Parkes analyzed the conflict between Christians and Jews during the first eight centuries of the Christian era. Concerning that period he concluded, “There was far more reason for the Jew to hate the Christian than for the Christian to hate the Jew – and this on the evidence of Christian sources alone.”

Parkes held that the Christian theological concept of the first three centuries created the foundations for the hatred of Jews, on which an “awful superstructure” was built. The first stones for this were laid at “the very moment the Church had the power to do so, in the legislation of Constantine and his successors.” Parkes attributed full responsibility for modern anti-Semitism to those who prepared the soil and made the lies credible.

During the Enlightenment and thereafter, many leading European thinkers expressed hatred towards Jews. Voltaire, several German philosophers, early French socialists, Karl Marx, and many others took part in what can only be described as an anti-Semitic hate fest.

The Holocaust was executed by German Nazis with the help of many allies. It was facilitated by the mainly Christian infrastructure of anti-Semitic feeling in Europe, which had accumulated over centuries.

Yet classic anti-Semitism targeting Jews continues to exist. Polls by the Anti-Defamation League (ADL) exposed that the evil myth that Jews are responsible for the death of Jesus is alive and well in Europe. It was found that 46% of Poles, 38% of Hungarians, 21% of Danes and Spaniards, and 19% of Norwegians and Belgians believe this. So do 18% of Austrians and British, 16% of the Dutch, 15% of Italians, and 14% of Germans.

Once a belief is so deeply ingrained in a culture, it takes a very long time to flush it out. Rather than disappear, it will change its shape.

Classic anti-Semitism targeted Jews initially as a religion and later in national/ethnic terms, as a people. In recent decades, however, political correctness has made it impossible for “respectable Europeans” to self-define as anti-Semites.

So the hatred mutated. A third major generation of anti-Semitism has developed: anti-Israelism, which targets the Jewish state. The inroads this has made in Europe were proven by a 2011 study conducted by the German University of Bielefeld. From this study it emerged that at least 150 million adult EU citizens agreed with the statement that Israel is conducting “a war of extermination against the Palestinians.”

Were this in fact the case, hardly any Palestinians would still be alive. To the contrary, the number of Palestinians has increased over the past decades. The persistent myth of Jews being responsible for the killing of Jesus has partially mutated into a new myth: that Israel is committing an act of genocide against the Palestinians.

In another new mutation of anti-Semitism, European Jews are now accused of being responsible for Israel’s actions. A December 2018 study by the Fundamental Rights Agency (FRA) showed that this idea ranks among the most frequent expressions of anti-Semitism in many European countries. Another aspect of anti-Semitism in Europe is the return of the word “Jew” – without an adjective – as a curse. It is also often used as an invective by non-Jews against other non-Jews.

There are also examples of real and fictitious Jewish characters who have become negative symbols in European subcultures. The name Rothschild has become a symbol with which to denounce destructive capitalism. Shakespeare’s mean-spirited Shylock from the Merchant of Venice is still used to symbolize Jewish greed.

The way that ingrained anti-Semitism manifests itself varies not only from subculture to subculture but also from country to country. In January 2014, a mass rally in Paris took place. This “Day of Anger” was not related to any specific Jewish topic, and part of the protest was against French president François Hollande’s economic plans. However, various groups of participants started to shout anti-Semitic slogans. These included, “Jews, France doesn’t belong to you” and [the Holocaust denier] “Faurisson is right,” as well as “the Holocaust was a hoax.”

The same has happened recently in the “Yellow Vest” demonstrations. These are ostensibly a protest against French president Emmanuel Macron’s raising of fuel prices – again, a topic that has nothing to do with Jews. Yet during some of the demonstrations, there have been signs describing Macron as a “whore of the Jews” and as their “puppet.”

Anti-Semitism in Great Britain has been around for almost a thousand years of recorded history. Medieval England already led in anti-Semitism. In the Middle Ages, England pioneered the blood libel. The Norwich case in 1144 marked the first time Jews were accused of using the blood of Christian children for the Passover unleavened bread (matza).

In the twelfth century, medieval Britain was a persecutory Catholic society, particularly when it came to Jews. In this environment, the English Church was a leader in instituting cruel legislation and discriminatory conduct toward Jews, unparalleled in the rest of Europe.

Wistrich devoted an entire chapter to the ways British anti-Semitism has developed over the centuries into contemporary anti-Semitism in his book, A Lethal Obsession.

State anti-Semitism against Jews has become marginal in the EU. If one applies the definition of the International Holocaust Remembrance Alliance (IHRA), however, both the EU and many of its member countries commit anti-Semitic acts. One of the most frequent acts of state anti-Semitism is voting for anti-Israel resolutions at the UN, which is a hotbed of anti-Israel discrimination. No similar resolutions are passed at that body in anywhere near such large numbers against other countries.

In 2017 at Yad Vashem, Welby observed: “Within European culture, the root of all racism, I think, is found in anti-Semitism. It goes back more than 1,000 years in Europe. Within our Christian tradition, there has been century upon century of these terrible, terrible hatreds in which one people … [are] hated more specifically, more violently, more determinedly, more systematically than any other people.” One can only conclude that he is right.