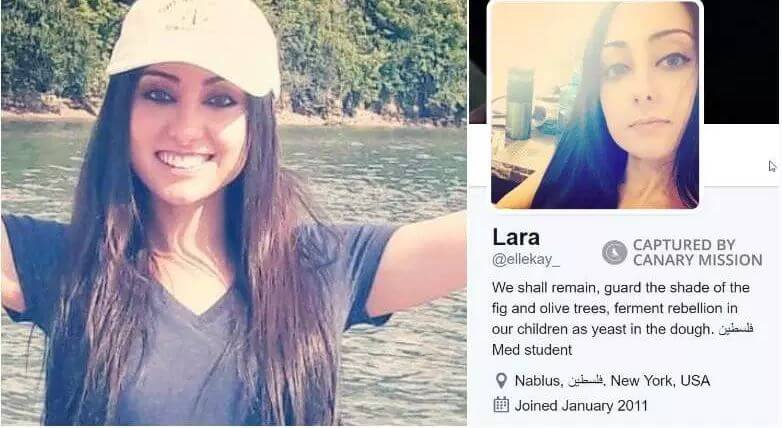 A campaign which exposed the rabidly antisemitic, social media postings of an Ohio doctor resulted in her dismissal from her place of employment in Cleveland Ohio. This course of action by her employers seems entirely reasonable even ignoring some of the content of her Tweets which we shall revert to in this article.  Legislation in all Western Democracies is correctly penalizing those individuals or groups who make racist comments verbally or in the written word irrespective of the media source used for such output. The vast majority of right minded individuals would have no problem with this modern legal innovation.

What is absolutely  staggering to individuals like myself is the lack of due diligence or background checks and balances that allow an individual to obtain a professional position for which their past misdemeanors make them so totally professionally inappropriate and incompetent for the role they were employed to do. I believe the case of this woman doctor will change the way employers, not only in the USA but in all democracies will react before offering employment.

This particular case is as sinister, frightening as it is bewildering and logic defying. This woman doctor who crossed all bounds of human decency by her neurotic, pathetic and vile racism actually tweeted the following content…..’ That she would purposely give all the Yahood (the Arabic terminology for Jews) the wrong meds’.  This and other disgraceful and similar outpourings of clear antisemitism completely expose how unfit this person was and is to practice medicine as per the Hippocratic Oath let alone normal human behaviors. Any erstwhile employer, given today’s ease of detective technology should have identified such insanity that potentially put the lives of patients at risk simply as a result of their religion. That such an individual was permitted to proceed to such a position in the world of medicine is frankly the stuff that Agatha Christie novels are made of. It was only the coincidental detection of one individual who was intelligent, responsible and caring enough to circulate the ranting of this lunatic that created the conditions that developed into a campaign to fire her.

Now a combination of exposing her racism, lack of competencies and credibility and most importantly financial greed has forced this bigot to come to the begging bowl and post an apology.  We should not allow ourselves to be fooled by this sycophantic plea for forgiveness which attempts to excuse her inbred racism and complete unfitness for a role in medicine due to her immaturity. Any person seeking to become a doctor has within their DNA the required psychological, physical and spiritual intuitions to treat each and every person within their care to the best of their ability irrespective of race, creed, color, genre or political ideology. Lara Kollab never identified with any of those requirements, indeed quite the reverse. It is only the fact that she has been exposed as the racist incompetent that she is that her apology is simply to save her career. She cannot and should not ever be trusted to care for patients. She does not show and has never showed the necessary human qualities to fulfill the role she wants to fulfill. And moreover, no employer let alone patient should or would ever trust her. Imagine if next year she understand and supports  the Islamic persecution of Christians or the Turkish persecution of Kurds or scores of other inter ethnic conflicts that she determines favors one side of her warped political ideology. This woman should be forever Persona Non Grata in the world of medicine.

In conclusion there are lessons to be learned from for all employers especially within organizations where human lives are at risk. Background checks must be far more robust and investigations of previous behaviors must form part of the decision making process. The very notion that this racist , self confessed , potential murderer was for a period of time responsible for people that may have been victims of a warped mind is too beyond frightening.

I am not a legal expert but I hope that some of her patients look into legal action against her and the places that employed her. I hope that the authorities investigate her racist Tweets and act accordingly. When the world allows such behavior to remain unpunished we know we have reverted as a race to the dark ages. We as decent humans are better than that. An apology to save her career is mocking those millions who have and will take the Hippocratic Oath. This woman can go into other careers; if anyone is stupid enough to employ her medicine is not one of them.

Peter Baum is a Special Contributor to Blitz