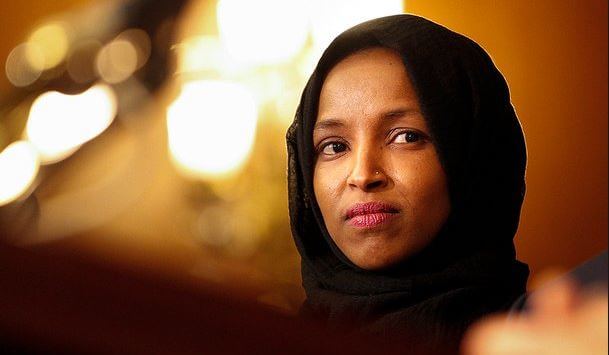 The Democratic Party has been overtaken by an antisemitism crisis, a process of ”Corbynization” akin to that of the British Labour Party. The process’s three principal proponents, Alexandria Ocasio-Cortez, Rashida Tlaib, and Ilhan Omar, personify three components – socialism, Palestinianism, and Islamism – given impunity by the concept of “intersectionality.” The trajectory of their red-green alliance is leading the Democratic Party towards socialism. For American Jews, this means their deep allegiance to the Democratic Party over many generations has been rewarded with abandonment and suspicion. For Israel, there is the prospect of a future Democratic administration that advocates its destruction. For the rest of the world, the party’s severe inward turn portends global retreat.

With astonishing rapidity and cravenness, the US Democratic Party has succumbed to Corbynization. Tweets and other statements by newly elected members of Congress have asserted that American Jews are disloyal, that support for Israel is bought, and that accusations of antisemitism are used as weapons to silence dissent over Israel and the role of Jews.

Though long anticipated, few expected that the process would take only a few weeks. However, the nature and dimensions of the Democrats’ problem far transcend that of the Labour Party in Britain. The potential transformation of the US has global ramifications.

The three principal figures of the American crisis, Alexandria Ocasio-Cortez, Rashida Tlaib, and Ilhan Omar, personify its logic and trajectory, which is comprised of three dimensions: socialism, Palestinianism, and Islamism. They are the red-green alliance come to America.

Ocasio-Cortez is the socialist, blithe, ignorant, media savvy, and media-anointed face of a generational rebellion against the aged Democratic leadership. A true representative of her generation, she is defiantly ignorant of economics, history, and politics, and is protected by an equally defiant attitude of entitlement that repels criticism, converting policy disagreements into putative attacks on her gender, “woman of color” status, and “life experience.”

Tlaib, a Palestinian American, is the Palestinian part of the equation. She is essentially a one-issue person – “Palestine” – and as a “woman of color” her bona fides are unassailable. But by “Palestine” she means not support for a Palestinian state alongside Israel but Israel’s complete dismemberment. Like all American supporters of “Palestine,” her articulation of that state is vague. But Tlaib is the vital bridge to the “most important issue of our time,” which motivates minorities, Muslims, and, increasingly, millennials, via “intersectionality.” To be against “Palestine” is to be against justice itself.

Representing the minority plus ultra is Omar, a Somali Muslim from Minnesota. Her antipathy toward Jews, disgust with the US, and conspiratorial worldview are entirely products of her religious and cultural backgrounds. Indeed, it was her eagerness to express her negativity about American Jews and the US that precipitated the current party crisis. But she is, by virtue of her gender, “race,” and faith, the literal trifecta of “intersectionality.” Any criticism of her is automatically an attack on all women, all “people of color,” and all Muslims. Therefore she can, and does, say anything at all, with near impunity. And with support from CAIR, the Muslim Brotherhood’s arm in the US, she is linked to that organization’s global aims, if not methods.

All three women are also disciples of Nation of Islam leader Louis Farrakhan and veterans of the Women’s March, which has crumbled under the weight of their antisemitism, corruption, and mismanagement. They learned that Jew-baiting by a minority is not cost-free, but assembles a bitter hard core of followers surrounded by a softer layer of supporters who are cowed into submission and compelled to support “women of color” at all costs. Allegations of racism, misogyny, and Islamophobia are absolutely central to their methods.

Three otherwise unexceptional characters have thus come together to form a so far unstoppable force. They gain their unassailability through “intersectionality,” the ideology that all injustices are in effect one, and which in practice has become a reductio ad Juden. The three-pronged assault by “women of color,” “Palestine,” and Muslims cannot be challenged. And together, they have successfully changed the parameters of the discussion regarding Israel. As Ocasio-Cortez put it, support for Israel today should be equated with support 15 years ago for the Iraq War – that is to say, an evil that must be confronted.

So hollowed out as an intellectual and moral force is the Democratic Party that House Majority Leader Nancy Pelosi and all the current presidential candidates have fallen in line with the rebels. This craven collapse is motivated by fears that the insurgents will channel millennial support and seize the party organs. Sinecures aside, their paralysis is also driven by their profound loathing for President Trump, which anathematizes him into an existential evil; by their anger over the 2016 election, which was supposed to have been fixed for Hillary Clinton by the “deep state,” by a nihilistic rage that legitimizes all measures to fight Trump’s “radicalism,” and by an absolute will to power never seen before in American history. The willingness to extend the corruption of all American institutions, including the intelligence and justice systems and the media, to undermine Trump and punish his supporters has no precedent. It has set the stage, however, for a Jacobin rebellion.

These Middle Eastern-style politics, where the state and media are subordinated to political parties, began with President Obama. It was he who came into office seeking to put “daylight” between the US and Israel, who was behind the creation of new organizations such as J Street to destroy the American Jewish consensus on Israel, who created an interlocking structure of party, state, and media, who demonized Netanyahu and his supporters at every opportunity in order to cripple liberal Jews and to diminish American public support for Israel, and who, perhaps most consequentially, opened the door wide to Muslim immigration. The Corbynization of the Democratic Party is one consequence. But Omar’s recent attacks on Obama, in which she alleged that he was merely Trump with a pretty face, unleashing the same American violence worldwide, are also entirely predictable. Radicalization, once unleashed, has no bounds.

The short-term effects of this process are already clear, including legitimation of the worldview in which “the Jews” are central and where their loyalties and “influence” are legitimate topics for debate, along with a reassessment of US policy toward Israel, not as one of several special relationships but as a unique and spectral one.

For American Jews the situation is suddenly dire. The political party where a majority of them have found a home for a century has repudiated their concerns and fears, relegating them to the bottom of the heap. Their votes, too, no longer seem to matter. They are, after all, a shrinking minority soon to be outpaced by Muslim Americans. Their celebration of Democratic values for generations has brought them little loyalty, or even forbearance.

In the longer term, the global consequences of American socialism and a triumphant red-green alliance – still unrealized and avoidable – are grim. For the world, the possibility of real isolationism from America’s global security commitments is a serious danger. NATO and Chinese expansionism are remote issues for the insurgents, while Islamic terrorism in Africa, Europe, and elsewhere may well be condoned, as it is by the Labour Party. A French cycle of strategic irrelevance and of permanently high social spending and hence unemployment against a background of spreading Islamic insurgency and electoral paralysis may be a best-case scenario.

With the exception of socialist Bernie Sanders, none of the prospective Democratic candidates has weighed in on these critical issues. Instead, dragged left by the insurgents, almost all have expressed manic support for harebrained schemes to throw open the borders to millions of migrants, spend trillions “greening” the US economy, disarm police, lower the voting age to 16, and provide socialist-level healthcare to 325 million people by taxing corporations and the wealthy at gargantuan levels.

If Labour is any guide, the predictable exception to this isolationism will be obsessive focus on Israel. For Israel, the prospect thus looms of its major superpower ally being taken over by a socialist regime indifferent to, or even dedicated to, its destruction. This is still distant, but far more conceivable than it was even a few weeks ago. Israelis should be looking to the 2024 elections and beyond.

The goal of the millennial insurgents is socialism, in which the totality of the US economy is controlled and directed by the government toward “virtuous” ends. In the most dystopian conception, American Jews, as the newly appointed quintessence of “whiteness” and “privilege,” appear destined to become the new kulaks, to be stripped of power and castigated as wreckers, unless they get in line. Israel, as the home of “International Jewry,” is to be isolated, marginalized, and, if possible, destroyed.

Fortunately, the self-correcting features of American politics are still in play. Polls indicate that support for Israel remains strong, at least among Republicans and the broader population. At best we may hope for a rapid reclaiming of the Democratic Party by its centrists, who have been horrified by the takeover. Another likely scenario is that the insurgents will tighten their grip but, in the fashion of Labour, expose their antisemitism over and over again, leading to a loss of public support. But barring a difficult to imagine reclamation, Labour’s indecency is now permanent, much as it is for red-green alliances across Europe. The red-green alliance in the US is now a permanent threat as well.

The future of American politics, and the American experiment, is not yet written, but the script has become far darker.

Alex Joffe is an archaeologist and historian. He is a senior non-resident fellow at the BESA Center and a Shillman-Ingerman Fellow at the Middle East Forum.