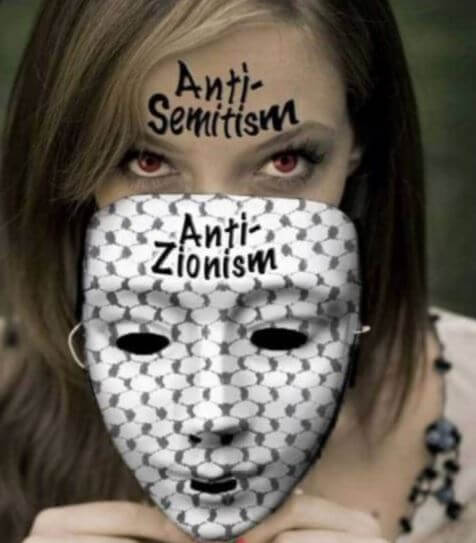 One of the many reasons I love President Donald Trump is his undeterred stand against antisemitism. Following Saturday’s barbaric shooting at the Pittsburgh’s Tree of Life Synagogue that left at least 11 people dead and many wounded, he said, “What happened today is a horrible, horrible thing. It looks definitely like it’s an anti-Semitic crime. That is something you wouldn’t believe could still be going on.”

The gunman made an anti-Semitic remark before opening fire at the synagogue, shouting “all Jews must die” as he entered the building, local CBS affiliate KDKA reported.

Pittsburgh attack is one of the deadliest attacks on the Jewish community in the entire history of the United States. After this barbaric massacre, I will say – Judaism is under attack – Semitism is under assault and of course Zionism is under threat. It is not what we would expect from a decent country like the US, where culture of interfaith harmony had prevailed for decades. But now, we are terribly disturbed seeing antisemitic and anti-Zionist remarks are made by several prominent figures in the US. The very recent remark of Louis Farrakhan, who compared Jews with “termites”, is an unforgivable crime, for which he should have ended up into prison. But, Farrakhan is still free – so are those individuals and organizations like BDS Movement and J Street, who continuously are conspiring against Judaism, Jews, Semitism and Zionism.

It is simply unconscionable for Jews to be targeted during worship on a Sabbath morning, and unthinkable that it would happen in the United States of America in this day and age.

Although United States Vice President Mike Pence said,  “There is no place in America for violence or anti-Semitism,” I would like to humbly remind the Vice President of the foul activities of BDS Movement, J Street, Louis Farrakhan and their cohorts.

Yes Mr. President, this killer must be hanged! There should not be any mercy shown to this beast. Additionally, may I request you Mr. President to impose a ban on antisemitism, holocaust denial and anti Zionism in the United States? Individuals or organizations like Louis Farrakhan, BDS Movement, J Street etc, should be outlawed in the US for the sake of upholding the essence of humanity.

Unfortunately, we find lots of Jews, who because of their ignorance or wrong political affiliations, denounce or even condemn Zionism. While doing so, they really do not realize, confronting Zionism is equivalent to confronting Semitism. It would ultimately end up in denouncing Judaism. I don’t see any difference between those anti Zionism Jews and the shooter at the Tree of Life Synagogue. Both are enemies of Judaism – both are enemies of humanity.

While we certainly mourn the tragic death of those innocent people in the Tree of Life Synagogue, we also need to get ourselves fully organized in confronting antisemitism, anti-Zionism, Holocaust denial and Israel bashing. At the top of our voice, we need to say – ENOUGH forthwith!