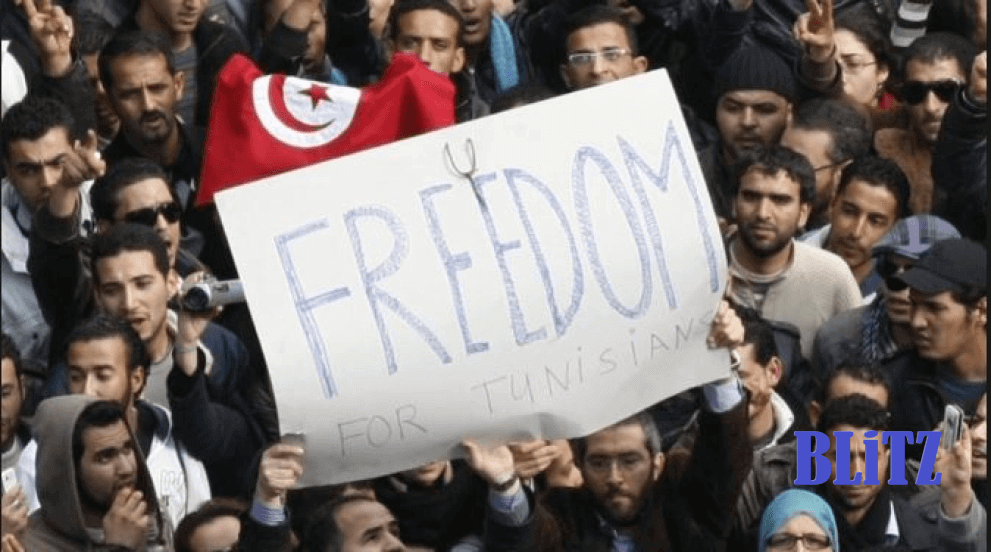 Developments across northern Africa and the Middle East demonstrate that the drivers of the 2011 popular revolts that swept the region and forced the leaders of Egypt, Tunisia, Libya, and Yemen to resign not only continue to exist, but can still upset the apple cart at any moment. They suggest that the regional struggle between forces of change andancient regimes and militaries backed by the UAE and Saudi Arabia is far from decided.

Momentous developments across Arab North and East Africa suggest the long-drawn-out process of political transition in the region as well as the greater Middle East is still in its infancy.

There continues to be popular discontent in Syria despite eight years of devastating civil war. It rumbles on in Egypt as well, notwithstanding a 2013 military coup that rolled back the advances of the 2011 protests that toppled Hosni Mubarak – a coup that brought one of the country’s most repressive regimes to power.

If nothing else, protesters in Algeria and Sudan have learned one lesson from the failed 2011 results: Don’t trust militaries, even if they seem to align themselves with the demonstrators. Protesters now understand that they must not surrender the street until their demands have been fully met.

Distrust of the military has prompted an increasing number of Sudanese protesters to question whether chanting “the people and the army are one” is still appropriate. Slogans such as “freedom, freedom” and “revolution, revolution” alongside calls on the military to protect the protesters have become more frequent.

The protests in Algeria and Sudan have entered a critical phase in which militaries worry that they can be held accountable for decades of economic mismanagement, corruption, and repression.

With protesters emboldened by their initial successes in forcing leaders to resign, both the demonstrators and the militaries, including officers with close ties to Saudi Arabia and the UAE, are internally divided about how to proceed.

It is dawning on the militaries that their playbooks are no longer producing results, but neither they nor the protesters have any real experience in managing the crossroads at which they find themselves.

In a telling sign, Sudan’s interim leader Abdel Fattah Abdelrahman Burhan praised his country’s “special relationship” with Saudi Arabia and the UAE when he met recently with a Saudi-Emirati delegation at the military compound in Khartoum, a focal point of the protests.

Saudi Arabia has expressed support for the protests in what many suspect is part of an effort to ensure that Sudan does not become a symbol of the power of popular sovereignty and its ability to defeat autocracy.

The ultimate outcome of the dramatic developments in Algeria and Sudan – and how the parties maneuver – is likely to have far-reaching consequences in a region full of powder kegs ready to explode.

The anger is fueled by reports that government officials cut in line at petrol stations to fill up their tanks, buy rationed cooking gas, and take more than is allowed.

“Is it so difficult to be transparent and forward? Would that undermine anyone’s prestige? We are a country facing sanctions and boycotts. The public knows and is aware,” the Facebook page charged.

The manager of “Hashtag Syria,” another Facebook page, was arrested when the site demanded that the oil ministry respond to reports of anticipated price hikes with comments rather than threats. The site charged that the ministry was punishing the manager “instead of dealing with the real problem.”

Similarly, authorities in Egypt have been unable to stop an online petition against proposed constitutional amendments that could extend the rule of President Sisi until 2034 from attracting more than 320,000 signatures as of this writing, despite blocking the website.

The petition, entitled “Batel or Void,” is, according to Netblocks, a group that maps web freedom, one of an estimated 34,000 websites blocked by Egyptian internet service providers in a bid to stymie opposition to the amendments.

Sisi is a reminder of how far Arab militaries and their Gulf backers are potentially willing to go in defense of their vested interests and willingness to oppose popular sovereignty.

Libyan renegade Field Marshal Khalifa Belqasim Haftar is another. Haftar’s Libyan National Army (LNA) is attacking Tripoli, the capital and the seat of the UN-recognized Libyan government, on the grounds – also trumpeted by his Emirati, Saudi, and Egyptian backers – that it is dominated by Islamist terrorists.

The three Arab states’ military and financial support of Haftar is but the tip of the iceberg. Haftar has modeled his control of much of Libya on Sisi’s example of a military that dominates not only politics but also the economy.

As a result, the LNA is engaged in businesses ranging from waste management, metal scrap and waste export, and agricultural mega projects to the registration of migrant labor workers and control of ports, airports and other infrastructure. The LNA is also eyeing a role in the reconstruction of Benghazi and other war-devastated or underdeveloped regions.

What for now makes 2019 different from 2011 is that both sides of the divide realize that success depends on commitment to be in it for the long haul. Protesters, moreover, now understand that trust in military assertions of support for the people can be self-defeating. They further grasp that they are up against a regional counterrevolution that has no scruples.

All of that gives today’s protesters a leg up on their 2011 counterparts. The jury is out on whether it will prove sufficient to help them succeed where the protesters eight years ago failed.