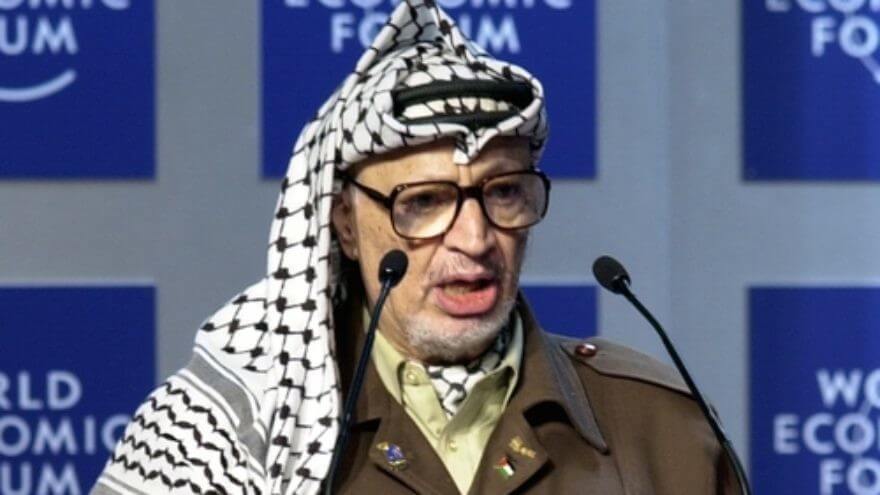 To mark the 25th anniversary of the Oslo Accords, Palestinian journalist Abd Al-Bari Atwan, editor of the online newspaper Rai Al-Yawm, revealed in an article that the late Palestinian Authority and PLO leader Yasser Arafat had told him in confidence that he did not believe in the Oslo Accords path. but that he was going along with it because it was an opportunity “to bring the PLO and the resistance back to Palestine” and to drive out the Jews “like rats abandoning a sinking ship.” Atwan also noted in his article that Arafat had cooperated with, funded, and armed members of Hamas, and had coordinated with Hezbollah to dispatch ships bringing weapons to the Gaza coast. Arafat, he added, paid for this with his life, because he had “caused the outbreak of the armed Second Intifada and brought weapons from everywhere possible.”

The following are excerpts from Atwan’s article, which was published on September 13, 2018:

“A quarter of a century ago today, the PLO leadership and the Palestinian people walked into the biggest trap in modern Arab history, set for them by the Israelis and their Western allies and some Arabs [as well]. They walked into it with their eyes open, believing the lie of peace and of the establishment of an independent Palestinian state – a lie exposed later by the facts on the ground.

“We were three friends of a minority that doubted the credibility of this celebration of mendacity and self-deception, and publicly opposed it. The first was the great poet and author Mahmoud Darwish; the second was [PLO Executive Committee member] Abdallah Hourani, and the third was this writer. Darwish quit the PLO Executive Committee, and Hourani followed him. I found no way to express my opposition to this mistake except for penning an editorial for the paper I edited at the time [the London-based Al-Quds Al-Arabi] on the subject of the situation in Somalia, for publication on the morning of the day of the signing [of the Oslo Accords], when there would be handshakes and smiles on the White House lawn…

“President Arafat was isolated from most of the Arabs, particularly in the Gulf countries, because he had supported Iraq during its invasion of Kuwait… The Gulf countries, Egypt, and Syria were hostile to him, and he was being pressured by several lobbies, some of them Palestinian financiers and some of them Arabs, as well as some Europeans. He maintained that the Oslo track, whose architect was [current PA President] Mahmoud Abbas, could protect the PLO, extricate it from its isolation, bring it back into the international arena and plant in it the first seeds of the Palestinian state.

“I recall that when we left his headquarters in the Jugurtha neighborhood of Tunis, he pulled me aside on the pretext that he wanted to go for a walk, and to get away from the listening devices, and then said: ‘I want to tell you something that I ask that you not mention or attribute to me until after my death.’ Sighing, he continued: ‘I am going to Palestine through the Oslo gate, despite my reservations [about this path], in order to bring back to there [i.e. to Palestine] the PLO and the resistance. I promise you that the Jews will leave Palestine like rats abandoning a sinking ship. This will not come true in my lifetime, but it will in your lifetime.’ He told me that he did not trust the Israelis at all. I confirm with certainty that he spoke the truth…

“As he wished, Arafat attained martyrdom, via Israel’s poison, after being besieged in his headquarters [in Ramallah] for months for refusing to sign Camp David agreements or to relinquish Jerusalem and the right of return, and for causing the outbreak of the armed Second Intifada and bringing in weapons from everywhere possible. I know well that he cooperated with the Hamas fighters in Gaza and the West Bank, and funded and armed them. In this framework, he established a bridge with Hezbullah and its leaders in southern Lebanon. They would send arms in ships, inside barrels that were tossed overboard near the Gaza coast. This was because he understood that the Israelis do not want peace or to make concessions, and do not want the establishment of an independent [Palestinian] state.

“I am not revealing this information, some of which may already be known, in order to protect the late Arafat, but in order for it to be historic testimony. I am fully convinced that the Oslo Accords were an historic mistake and a poisoned dagger to the heart of the Palestinian cause, and that they led to the current catastrophes – beginning with the increased [PA-Israeli] security coordination, through the greenlighting of Arab normalization with Israel, and concluding with [President Trump’s] ‘Deal of the Century’ whose implementation in stages has begun: The first stage is the recognition of occupied Jerusalem as the eternal capital of the Jewish world; the second is the elimination of the right of return; and the third is the confederation with Jordan, the tahdiya [calm] in Gaza, and perhaps the annexation of most of the settlements and the 800,000 settlers in them by Israel…”

Like Loading...
Recommended for you:
Continue Reading
Advertisement
You may also like...
Related Topics:Arafat was isolated from most of the Arabs, London-based Al-Quds Al-Arabi, Palestinian leader Yasser Arafat