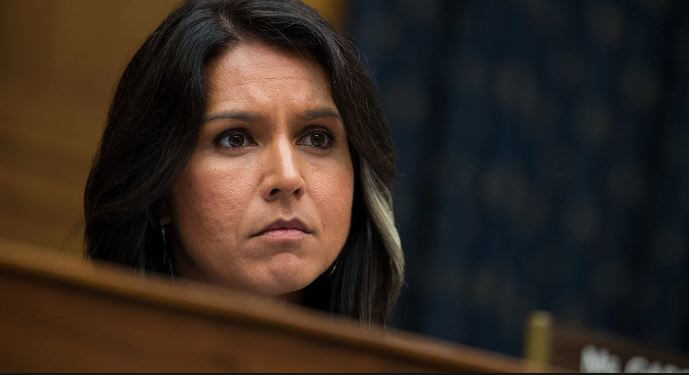 When the first Hindu member of Congress, Tulsi Gabbard (D-HI), also became the first Hindu to run for President of the United States (and one of a handful of women to do so), we knew that the spotlight would be turned on Hindu Americans.

Hindu Americans represent approximately one-percent of the American population, though they comprise the third-largest religion globally. Most surveys reveal though that religious literacy in the US is low, as is the perception of Hindus. The general public’s familiarity with Hinduism and Hindus is unfortunately based on many misconceptions and partial truths. At the Hindu American Foundation we work to correct these misconceptions and provide better understanding about both the spiritual practices and beliefs of Hindus and Hinduism as a culture on a daily basis.

One of these misconceptions, rising to the surface in much of the reporting on Rep. Gabbard’s run for the White House, is that if you are a politically engaged Hindu American, you must also be a Hindu nationalist — a term without specific definition, though one often used by the media as a pejorative and to allege connections with ostensibly oppressive politics in India, without regard or consideration of where any individual may objectively fall on the American political spectrum and what specific policies they support.

Sonia Paul’s recent article on Rep. Gabbard published by Religion News Service — for which HAF’s Executive Director Suhag Shukla was interviewed and in which she has been quoted — is the latest piece that unquestioningly perpetuates stereotypes about the motivations of Hindu Americans who engage politically.

Paul writes, “[Gabbard’s] links to Indian Hindu politicians and other leaders, and the more than $1 million in campaign contributions she has taken from Hindu nationalist donors, are already turning into one of her biggest obstacles.”

The link in that quote redirects to a piece published by The Intercept — one which since publication was edited with a note stating that it was not the intention of The Intercept to “question the motives of those political donors.” The problematic line which editors removed explained how the Intercept hired an expert to identify donors with names of “Hindu origin.”

Here’s the line they removed:

“Nearly one-third of Gabbard’s overall donations — $1.24 million — came from more than 800 individual donors with names, according to an expert consulted by The Intercept, that are of Hindu origin, many of whom made repeat donations. Of that amount, nearly $1.12 million was donated during the 2013-2014 election cycle and beyond, according to our analysis.”

We’ve raised serious issue with the sloppiness and bigotry underlying the Intercept’s “investigation” in which donors have been targeted on the basis of their presumed religious identity and political beliefs attributed to them on that basis. Others have as well, like Zaid Jilani on 2020watch.org.

By citing The Intercept, RNS, the leading news service “covering religion, ethics, spirituality and moral issues”, has now perpetuated a new standard in reporting in which profiling and targeting people based on their religion is acceptable. Muslims, Jews, or any community that has names that might reflect its religion, ethnicity, or national origin should pay heed.

While the editors of RNS did add a line to Paul’s piece indicating that the Intercept article had been edited, they didn’t change Paul’s own characterization of all of Gabbard’s Hindu American donors as “Hindu nationalists.” Given that nearly three-quarters of Hindu Americans (mostly of Indian descent) voted for Democrats in the past presidential election, that’s both a strange attribution and an unlikely skewing of demographics for 800 individual Hindu Americans.

There’s another troubling piece of breathless reporting in Paul’s article.

Quoted is a professor of political science, Sangay Mishra, who suggests as a matter of fact, but without substantiation, that wealthy Hindu Americans are donating to political parties and politicians in South Asia (India). Paul writes, citing but not directly quoting Mishra, that “the majority of the 4 million Indians living in America are foreign-born. Ties to the home country, especially for that first generation, are still very emotional — and, most importantly, wealthy Hindus contribute to parties and politicians here and in South Asia.”

To start, first-generation immigrants from any country are likely emotional or sentimental about the country they’ve left. That’s not unique to Hindus or Indians. Second, if anyone in the US (even an Indian who is a permanent resident) is donating to Indian politicians or parties, they are in violation of the Indian Foreign Contribution Registration Act of 2010, full stop. Has this happened? Perhaps. But without specific examples of “wealthy Hindus” doing so, Mishra’s assertion is innuendo at best and at worst, a serious accusation that merits specifics and evidence before publishing.

We raised this with the editors of RNS, asking if this assertion was fact checked. Were there any actual citable examples of wealthy Hindus living in the US violating Indian law by making donations, as foreign residents, to Indian political parties and politicians? We were told via email that they “stand by their reporting.”

We’re compelled to ask directly: Do Paul and the editors of RNS really believe that all or even the majority of Tulsi Gabbard’s Hindu American donors are right-wing Hindu nationalists? And, do they really believe that Prof. Mishra is correct in stating that Hindus in the US are in such widespread violation of Indian law that no examples need even be given of such actions?

With such a response to legitimate concerns about aspects of Paul’s article, we’re left wondering how such sloppiness fits in with RNS’ mission “to inform readers with objective reporting and insightful commentary,” and what the future holds for reporting on religion which targets people based on their religion.