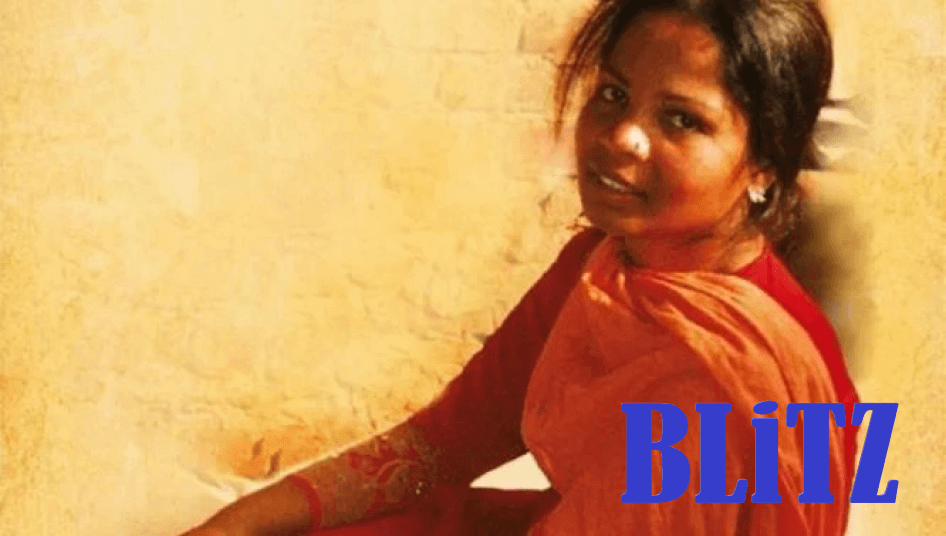 It’s a moment every human rights advocate has awaited….

Asia Bibi, a Pakistani Christian woman who spent eight years on death row for blasphemy against Islam before she was freed last year, is now safely in Canada and reunited with her family, her lawyer has said.

Because of Muslim outrage, outbreaks of riots and death threats against Bibi, she remained incarcerated for her own safety upon the announcement of her release, amid many offers of asylum from countries.

Britain openly refused to offer Bibi asylum to appease the sector of its Muslim community who wanted to see Bibi further punished on bogus charges of blasphemy, a common plight of Christians living in Pakistan. The UK feared Muslims who would riot and endanger innocent lives if she entered its country. To read the list of troubling reports about Asia Bibi, click here. Her ordeal  sheds much light on the nature of  Sharia blasphemy laws, the zealousness of its adherents and appeasing Britain.

Although it is great news that Asia Bibi is now in Canada, there is an irony involved. Canada is a country that has implemented anti-Islamophobia Motion M-103 in its parliament, where a followup document was unveiled–along with 23-million-dollar financing and the participation of groups like CAIR-CAN (renamed National Council of Canadian Muslims) and IRFAN (Canada’s branch of Islamic Relief ).   The document,  titled Taking Action Against Systemic Racism and Religious Discrimination”, included “monitoring citizens for compliance“. Anti-Islamophobia Motion M-103 is an assault on Western free speech and amounts to a tacit implementation of Islamic blasphemy laws.

Motion M-103 accused Canadians of fostering “a climate of fear” toward Muslims, one which must be “quelled.” For more information about the highly questionable  Islamic supremacist influences behind M-103, click here. For an extended report about M-103, its dangers and why it was broadly opposed by many Canadian citizens, click here.

May Asia Bibi succeed in her long road again to full recovery from her ordeal in a country that is struggling to remain free.  With elections this year, the announcement of Asia Bibi’s arrival in Canada is beneficial for Trudeau, but his policies do not support the continuation of a free society, nor has Trudeau offered asylum to other persecuted Christians, save for Asia Bibi’s high profile case during this election year.

Another high profile (and welcome) case was the safe arrival to Canada of Saudi teen, Rahaf Mohammed al-Qunun, who fled her family after they threatened to kill her for leaving Islam.

Asia Bibi, a Pakistani Christian woman who spent eight years on death row for blasphemy against Islam before she was freed last year, is now safely in Canada and reunited with her family, her lawyer has said.
“It is a big day,” Saiful Malook told the Guardian. “Asia Bibi has left Pakistan and reached Canada. She has reunited with her family. Justice has been dispensed.”

Roman Catholic Bibi was acquitted of her religious crime last year but has since faced death threats in Pakistan and was offered asylum by multiple countries including Italy, the Netherlands, and Canada. The latter has finally provided her with safe haven.

The British government turned her away, allegedly to appease “certain sections of the community” at home and Islamist terrorists who might be inclined to attack British embassies abroad.

Blasphemy against Islam is a proscribed crime in multiple Pakistani statutes. Insulting Mohammed specifically is a crime carrying the death penalty in Pakistan. Bibi was originally sentenced to hang in 2010.

Islam is Pakistan’s national religion and underpins its legal system. Public support for the strict blasphemy laws is strong.

In January, the United States Department of State placed the country on its Special Watch List for severe religious freedom violations, citing, among other infractions, Bibi’s imprisonment.

The Pentagon also cut military aid to the country that month arguing that the Pakistani government did not sufficiently curb its Islamist elements, while President Donald Trump announced cutting American taxpayers’ dollars going to aid the country for the same reason.

Internationally acclaimed multi-award winning anti-jihadist journalist and editor of Blitz, Salah Uddin Shoaib Choudhury said, “I am greatly delighted knowing about Asia Bibi’s arriving in Canada, finally. But, the world should not feel relieved as a number of Christians are currently facing the risk of being executed under Pakistan’s notorious Blasphemy Act. According to our information, at least five Christians currently are in the condemned cells in Pakistani prison and the world needs to immediately put pressure on Pakistani authorities in releasing all of them. At the same time, Pakistan should be put under tremendous pressure so that it scraps the Blasphemy Act immediately”.