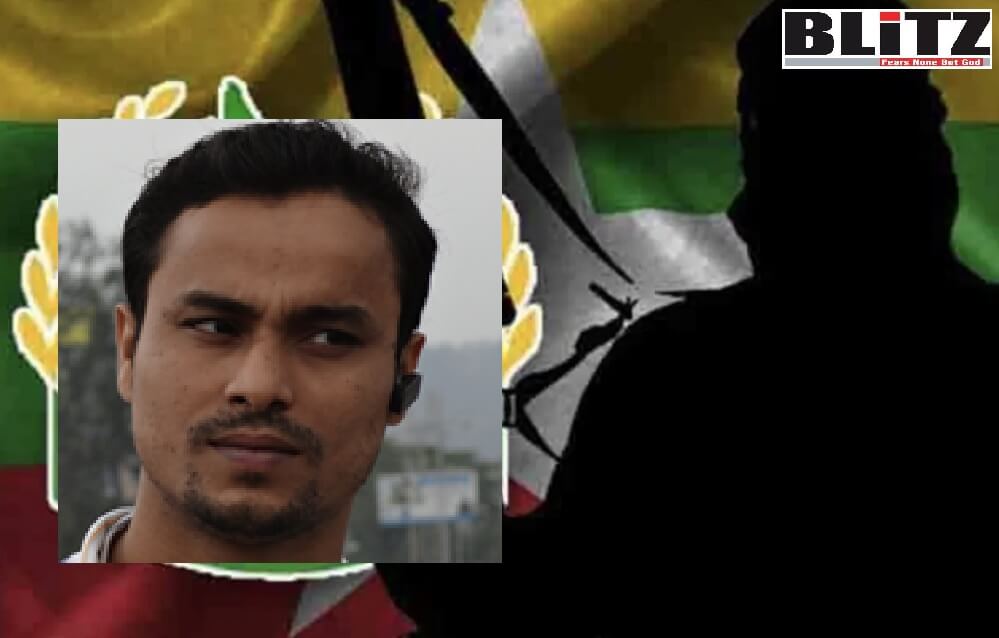 A terrorist named Dhruba Jyoti Deka, who has been using the disguise of an website named Times of Assam has been running ant-India activities by joining hands with Myanmar-based Maoist terrorist groups as well as Arakan Rohingya Salvation Army (ARSA), a jihadist outfit run by Rohingyas. He also has been openly proclaiming as an agent of Pakistani ISI.

According to information, Dhruba Jyoti Deka was working a a key comrade of Paresh Baruah, fugitive kingpin of United Liberation Front of Assam (ULFA). Later Baruah ceased relations with Deka as he was stealing cash from both Paresh Baruah and ULFA members. As being ousted from the circle of Paresh Baruah, Deka succeeded in establishing connections with Pakistani spy agency Inter-Service Intelligence (ISI) by using his identity of being the husband of a Muslim woman. It may be mentioned here that, Deka’s wife is Muslim who hails from a radicalized Muslim family.

Blitz correspondent has succeeded in extracting lots of information from Dhruba Jyoti Deka by concealing his identity. Deka told our correspondent that he has been regularly visiting Jamalpur district in Bangladesh and holding meetings with Rohingyas as well as members of a notorious jihadist outfit named Ansar Al Islam.

For many months, Dhruba Jyoti Deka has been actively involved with narco-trafficking rackets within India-Myanmar border while he also is helping Rohingyas in illegally entering Indian territory and hide under his supervision. According to another source, Dhruba Jyoti Deka is also involved in circulation of counterfeit Indian currency bills, which he receives from his ISI counterpart in Myanmar.

Following publication of an investigative report titled ‘Indian journalist maintains relations with Prabhakaran and LTTE’, Dhruba Jyoti Deka published at least 3 articles by illegally using the name of internationally acclaimed multi-award-winning anti-militancy journalist and editor of Blitz, Salah Uddin Shoaib Choudhury as the author of those contents, although such contents were never written by Mr. Choudhury. Most interestingly, all of these articles though were posted recently, Dhruba Jyoti Deka published those with backdates. Blitz editor has already pressed complaint against Deka with competent authorities.

In his own website, a terrorist in disguise Dhruba Jyoti Deka openly admits his involvement in serious cyber crime by stating he developed habit of hacking people’s email accounts and newcomer websites”.

Indian authorities need to initiate immediate investigation into the case of Dhruba Jyoti Deka as he poses serious threat to India’s national security.