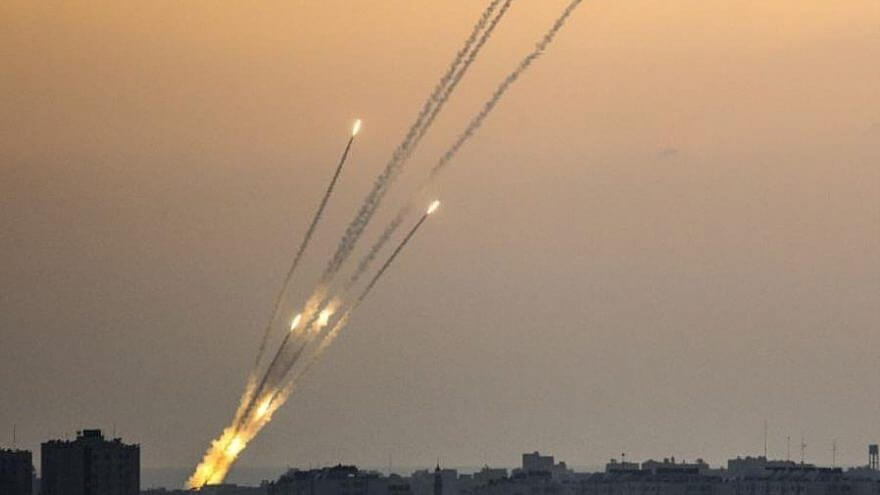 Amid mounting tensions along the Israel-Gaza border in recent weeks—and the Israel Defense Forces’ announcement on Thursday that it is reinforcing troops in the border area in anticipation of further escalation—Defense Minister Avigdor Lieberman on Friday issued a stern warning to Hamas.

Referring to the Jewish holiday-filled month of September, Lieberman tweeted Friday that “we got through the holiday month exactly as we planned, without conflagration but having exacted a heavy price from the [Palestinian] rioters along the Gaza border.”

“The post-holiday season is here,” he continued. “I am warning the leaders of Hamas: Take that into account.”

The IDF Spokesperson’s Unit said in a statement that the army is “deployed and ready, and views the Hamas terrorist organization as responsible for everything that happens in the Gaza Strip and emanates from it.”

During a meeting with visiting German Chancellor Angela Merkel, Netanyahu said that the international community needs to band together and say to the Palestinians “stop what you’re doing, particularly suffocating Gaza, which could have devastating results.”

“Over the last year,” he continued, “Palestinian Authority [leader] Mahmoud Abbas has exacerbated the situation in Gaza by strangling the transfer of funds from the Palestinian Authority to Gaza. As a result of this stranglehold, pressure has built up, prompting Hamas to intermittently attack Israel, with relatively minor force, but the stranglehold is tightening.”

“Abbas is intervening in every way possible—in the United Nations’ efforts to ease the conditions in Gaza … and on the other hand, if Hamas thinks that as a result of this distress it can attack Israel—it is making a very big mistake,” warned Netanyahu.

“Our response will be harsh, very harsh. I hope it will be possible to put an end to this stranglehold, but I’m also making it clear that Israel will act with the necessary force to protect itself and its citizens,” he said.

According to security assessments, Thursday’s decision to deploy reinforcements to the Gaza frontier is strictly meant as a deterrent.

Hamas has recently ramped up the violent border demonstrations, turning the once weekly event into a near daily occurrence, with the level of violence toward Israeli troops consistently rising.

On Wednesday, however, Hamas military leader Yahya Sinwar said his organization wasn’t interested in a war with Israel and that recent tensions could present an opportunity to change the dire situation in ‎the Gaza Strip.

IDF officials are concerned that ongoing border riots and the dire humanitarian situation in Gaza will lead to a considerable military escalation. This concern has been amplified by inter-Palestinian tensions, and because Abbas refuses to transfer funds to Gaza and has even blocked external efforts to help Gaza’s residents.

As Israel’s political and defense echelons continued to issue warnings, the residents of Israel’s south, who have been subjected to relentless attacks from Gaza in recent months, are running out of patience.

Residents of Gaza-area communities have been suffering from the stench of tear gas and smoke, and from the sounds of explosions along the border. Three more brush fires were caused by incendiary arson balloons on Thursday, and firefighters were called to combat a large blaze whose cause was still undetermined.

Nine firefighting crews and two airborne water tankers operated in two areas to prevent the blaze from spreading, and residents of Moshav Brachia were asked to remain in their homes.

Gadi Yarkoni, the head of the Eshkol Regional Council in southern Israel, said the state had to put an end to the border riots, which disrupt the daily lives of the residents.

“We as residents will be here whenever it’s needed, and if there is a large escalation [of hostilities] we will be able to overcome it,” said Yarkoni. “But this doesn’t mean every time they shoot at us or every time they launch incendiary kites or balloons. Enough! We need to make an unequivocal demand to immediately stop their border activities, and if they don’t stop through common sense, the IDF will make them stop with the use of force. Hamas cannot be allowed to call the shots.”