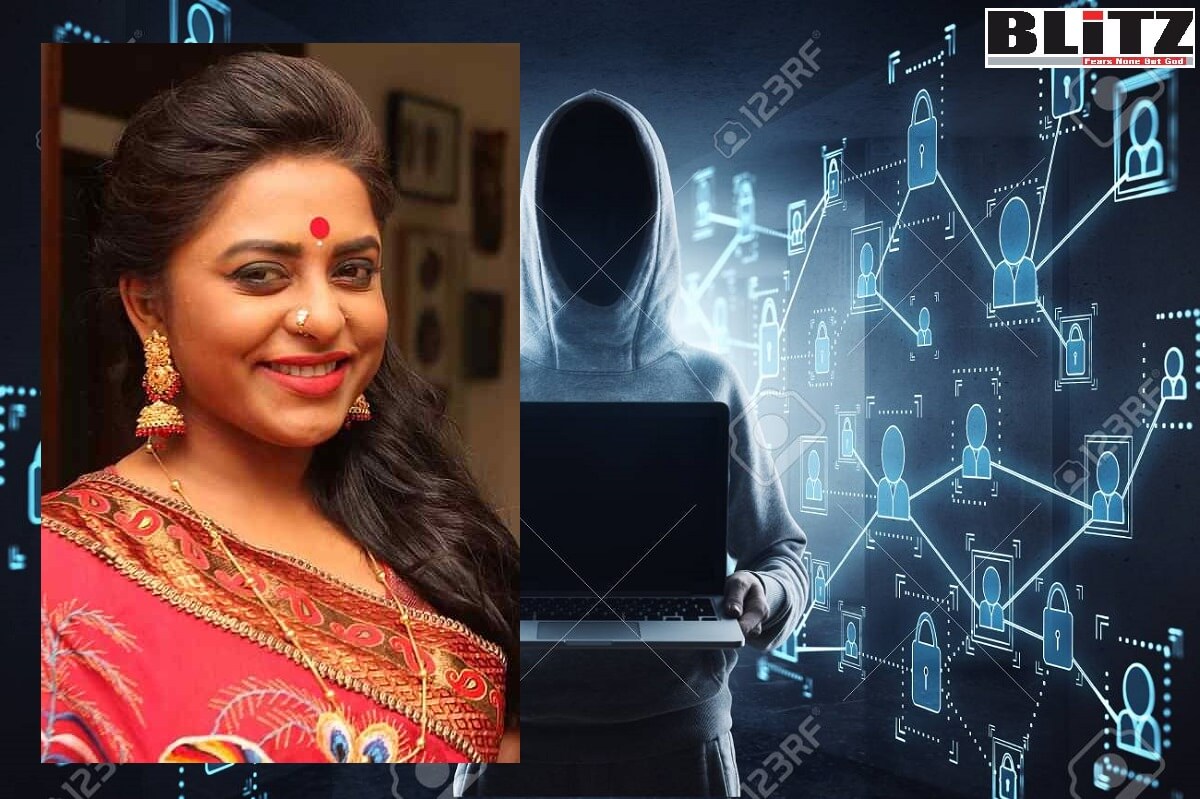 While the government of Prime Minister Sheikh Hasina, country’s intelligence and law enforcement agencies are tirelessly working in nabbing the culprits behind recent attacks on Hindu temples and properties in Bangladesh, an individual named Jyotika Jyoti, who claims to be and actress and member of the Forest Affairs sub-committee of Awami League has been continuing publishing posts on her verified Facebook account with ulterior motive of inciting communal violence and extremism.

On October 20, 2021, hours after law enforcement agencies have detective the main culprit behind the incident at Durga Puja pandal in Comilla district, which had resulted in violence in several parts of the country, Jyotika Jyoti in a Facebook post wrote:

“The person responsible for desecration of the Quran in Comilla [district in Bangladesh] has been apprehended. His name is Iqbal Hossain (35), and his father’s name is Nur Ahmed Alam. He is from Sujanagar, Comilla.

“How will justice be served; we want to know”. 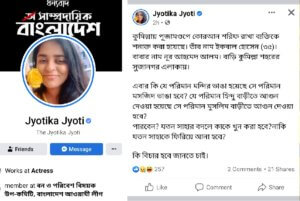 Jyotika Jyoti has been trying to incite communal riot in Bangladesh

Hundreds of people have already shared this post while there also are anti-Awami League comments on it. An individual named Simit Ray Antor wrote:

“Nothing will happen. If anyone finds him [Iqbal Hossain], he will not even give a tap of a flower. [In Bangladesh] Moderates are called mentally insane, while radicals will receive cheers, thinking Hindus have died because of him.

Has anything happened in Nasirnagar incident? On the contrary, see if the Awami League nominates him”.

Jyotika Jyoti’s post and the comment in it clearly proved, she is a part of anti-Awami League and anti-Bangladesh propaganda bloc.

Jyotika Jyoti on the cover photo in her Facebook profile has depicted Bangladesh as a communal country. She has been consistently publishing provocative posts on her Facebook ID clearly with nefarious agenda of inciting communal riot and tarnishing the image of Bangladesh.

One may ask – how such an unpatriotic and senseless individual has got a post in Awami League? Has the ruling party been accommodating its own enemies as well as enemies of the country?

Commenting on nefarious activities of Jyotika Jyoti, a senior journalist said, being a member of the ruling party, what she has been doing is certainly unfortunate. The ruling party needs to immediately expel her from Awami League while the law enforcement agencies need to arrest Jyotika Jyoti and press charges under Digital Security Act as well as Section 505 of the Bangladesh Penal Code. If she does not face legal consequences, many others like her would continue committing similar crime in the future.

Earlier, Rapid Action Battalion (RAB), the elite force of Bangladesh Police has issued a warning against those who use social media to promote content or videos containing false or misleading information.

Commander Khandaker Al Moin, Director of the Legal and Media Wing of RAB warned: “We would like to warn those who are spreading false information or content [on social media] and we will continue our crackdown on those involved in such misconduct, arrest them. Legal action will be taken against those individuals”.

He said, the recent days, vested interest groups, sitting in Bangladesh and abroad are conspiring to destroy the atmosphere of interfaith harmony in the country. They are spreading video contents with false information using social media, with the ulterior motive of terrorizing the people of the country.