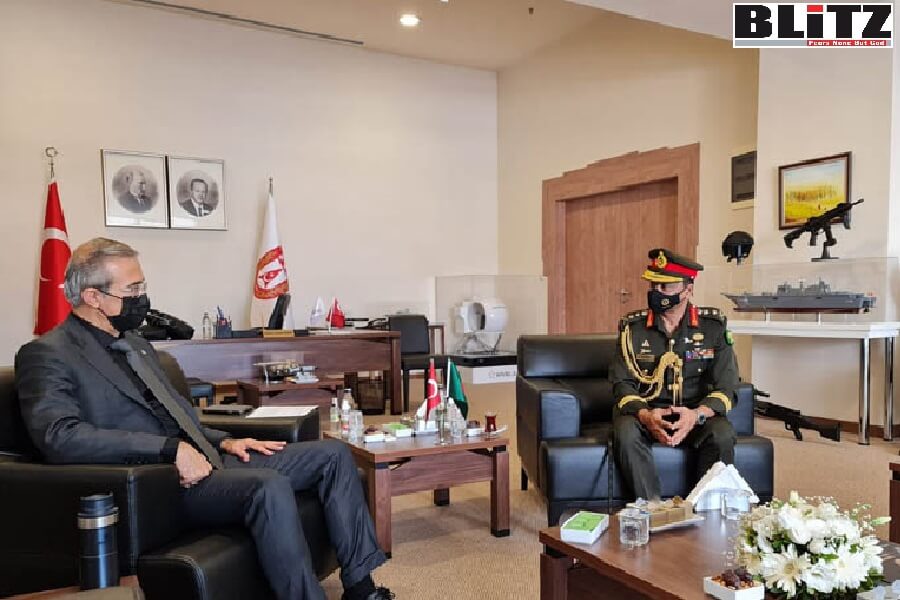 During the meeting in Turkey, the Chief of Army Staff said that there have been long-standing strategic friendships, and cultural ties between the armed forces of Turkey and Bangladesh, says an Inter-Services Public Relations (ISPR) press release.

He also hoped that these relations would reach new heights in the future.

Shafiuddin said that his official visit to Turkey on the occasion of the International Defense Fair-2021 would open new opportunities of cooperation between the military forces of the two countries especially the Armed Forces.

He thanked both the President of the Turkish Defense Industries, and the Deputy Minister of National Defense for inviting him.

Turkey’s Deputy Minister Muhsin Dere expressed his country’s commitment to further cooperation, and assistance to Bangladesh in the field of military equipment as well as training of military personnel and technology exchange.

President of Defense Industries Ismail Demer assured that he would look into the ongoing issues with Bangladesh on behalf of his organization, and provide necessary assistance so that future defense cooperation between the two countries would be more friendly and beneficial.