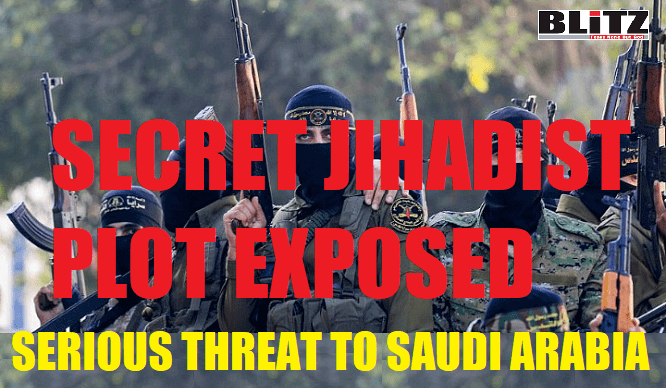 Bangladesh Police’s Counter-Terrorism and Transnational Crime (CTTC) unit have arrested 17 members of Jamaatul Mujahidin Bangladesh (JMB) from the capital’s Kakrail area, who were planning to join jihad after migrating to Saudi Arabia.

The CTTC source said, they arrested these jihadists acting on a tip-off. The JMB jihadists were hiding in a building opposite to the Tablighi Jamaat’s headquarters in Dhaka – located in a mosque.

These arrestees were identified as active members of the notorious jihadist outfit.

According to the information, an engineer named Syed Mostaq bin Arman (also known as Rabiul Syed Mostaq bin Arman) left Bangladesh for Saudi Arabia in 2016 and has been residing in that country. Sitting in the Kingdom, Mustaq released several audio speeches and videos on his YouTube channel and has invited Muslims to join jihad at a place called Ghazwat-Ul-Hind, as a soldier of Imam Mahdi.

Inspired by this audio and video clip, the arrestees communicated with Mostaq and tried to go to Saudi Arabia to prepare for war as Imam Mahdi’s soldiers.

The arrestees communicated with Mustaq during mid-March and later decided to travel to Saudi Arabia for joining jihad.

According to information, these jihadists initially planned to reach Saudi Arabia by road, crossing the Bangladesh-India border and later enter Pakistani occupied Kashmir, in the disguise of a group of Tablighi Jamaat.

During interrogation, these jihadists under Tablighi Jamaat disguise said, the coronavirus pandemic would “bring down wrath from the skies, smoldering everything, leaving no guards at the Bangladesh-India borders”.

They also claimed: “The sun would not rise for the next 40 days, the sky would be covered with smoke, the infidels would all die, but the believers would have only a light coughing”.

They would use mosques in Satkhira and Jessore for accommodation during their journey.

As they failed to cross the border via Satkhira and Jessore, these jihadists decided to enter India via Indo-Bangladesh borders in Sylhet.

The CTTC sources further said, four students from Mymensingh Agricultural University in Bangladesh had left for performing Umrah in January this year and had never returned, as because they already joined Syed Mostaq bin Arman.

The detainees also named others, including Saad, Kawsar, Sharif, Tofazzal, Ghiyasuddin, Ali Azam, and Rashed, who had migrated to Saudi Arabia at different times with the intention of joining jihad as the soldiers of Imam Mahdi.

According to information obtained from a number of sources, Qatar has been plotting  jihadist attacks on Saudi Arabia and establish sharia rule by ousting monarchism. With the notorious agenda, it has been funding various individuals in joining jihad as the soldiers of Imam Mahdi. It is further learned that Turkey and Iran also are sponsoring such groups.

Meanwhile, members of a few more Islamist groups such as Hizbul Mujahidin (HM) in India and Arakan Rohingya Salvation Army (ARSA) as well as militancy outfits in Kashmir are silently joining this Qatar-sponsored jihadist mission.