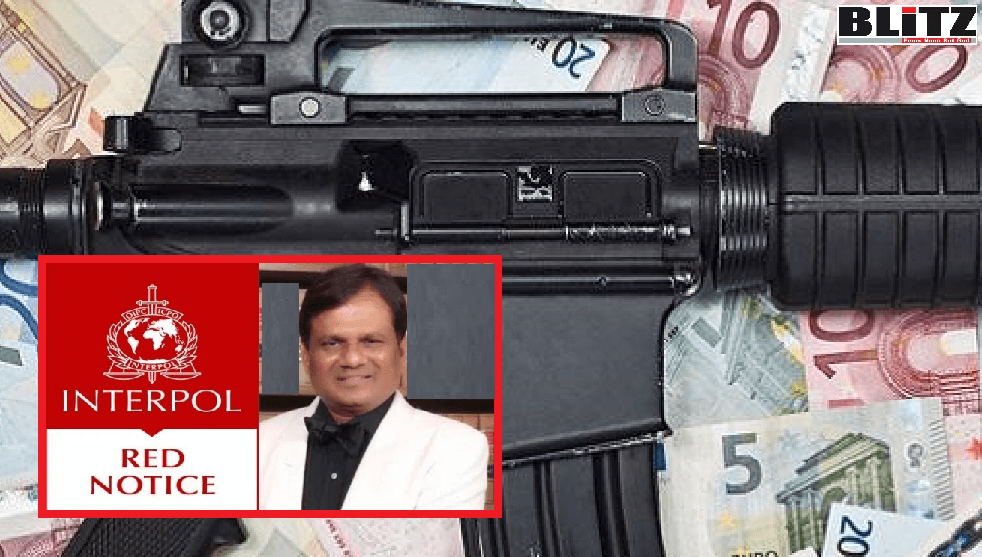 For the past several months, a terror-funder and fugitive sacked military officer has been running anti-Bangladesh propaganda sitting in Britain. Meanwhile, this culprit named Shahid Uddin Khan has been convicted in a number of cases by Bangladeshi courts, which include possession of illegal weapons and ammunitions, money laundering, terror-funding, fraud etcetera. Almost two years ago, Interpol has issued Red Alert on Shahid Uddin Khan.

According to information, Shahid, with the help of a number of individuals with direct affiliation with pro-Islamist Bangladesh Nationalist Party (BNP) and Jamaat-e-Islami (JI) has been running dangerous propaganda giving instigation of civil riot, coup and armed revolt against the elected government in Bangladesh. He also has declared financial incentives for those who would join his suicide squad.

Talking to this correspondent, a senior attorney in UK said, sitting in Britain, giving provocation to armed revolt against any foreign government is a serious crime. If the affected country approaches the British authorities, the person involved in such crime shall be expelled by the authorities.

The attorney said, “What Shahid Uddin Khan has been doing is a clear violation of British law. His activities are similar to those of Al Qaeda or Islamic State kingpins”.

Back in June 2019, Altaf Hussain, the self-exiled founder of Pakistani political party was arrested in Britain on charges of inciting civil unrest inside Pakistan through audio and video contents.

According to BBC report, back in 1990 Altaf Hussain sought political asylum in Britain and later gained UK citizenship.

He was arrested at an “address in north-west London… on suspicion of intentionally encouraging or assisting offences contrary to Section 44 of the Serious Crime Act 2007”.

Two premises were searched, in an investigation led by the Met’s Counter Terrorism Command.

It focuses on “a speech broadcast in August 2016 by an individual [Altaf Hussain] associated with the MQM movement in Pakistan as well as other speeches previously broadcast by the same person”.

In May 2021, the trial of Altaf Hussain begun in a British court over terror charges relating to a 2016 hate speech broadcast to his supporters in Karachi, Pakistan.

According to reports in the international media, Indian intelligence agencies were probing a deep-rooted nexus involving underworld don Dawood Ibrahim and a London-based former Colonel of the Bangladesh army. The agencies suspect that the Bangladeshi army officer, allegedly involved in gun running, has links with Dawood Ibrahim’s underworld activities operating from India’s eastern borders.

Following his arrest in 2019, British police confirmed, he had been charged in connection with a speech he made from London to supporters in Pakistan in August 2016.

Sitting in London, Shahid Uddin Khan has been inciting civil unrest, riot, armed revolt and anarchism inside Bangladesh, through Facebook and YouTube. Such activities are clearly punishable crime under the existing law of the United Kingdom.

The case of Shahid Uddin Khan

According to media reports, Interpol issued Red Alert on Shahid Uddin Khan and his family members in June 2019.