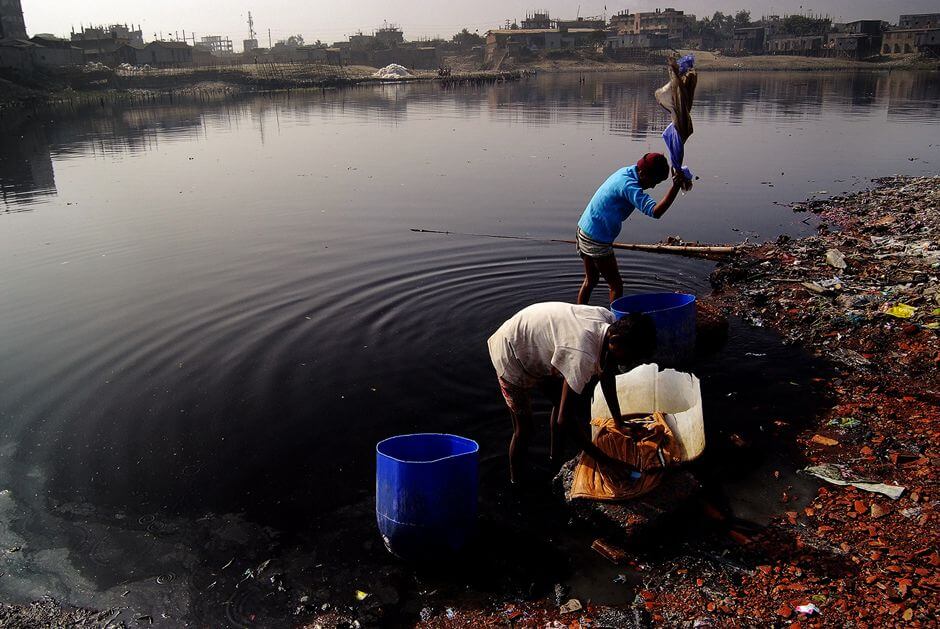 Taking example from the Kishon River, Bangladesh too can seek Israeli technological help in cleaning the polluted Buriganga River. Not long ago, the Kishon River, a 43.5 mile river at the eastern tip of the Mediterranean Sea was so toxic it couldn’t support any life form. Today, fish and aquatic plants are returning. Soon the dredging up of the thick layer of sediment in the river which had accumulated over the past 30 or 40 years, polluted with hydrocarbon residues from oil refining procedures, plus heavy metals from fertilizer industries will be cleaned. At its worst, the river was “absolutely dead — even bacteria were not able to live there, because it was more acidic than Coca Cola.

The Kishon, one of Israel’s largest and most important rivers, flows through the Jezreel Valley, passing through the Carmel hills on its way to Haifa Bay. This ancient waterway is mentioned in biblical accounts of the prophets Deborah (Judges 5:21) and Elijah (1 Kings 18:40).

In the late 1930s, petrochemical refineries built on the Kishon River bank by the ruling British authorities to support war efforts dumped their toxic waste into the water. Later on, municipalities in the Haifa area started discharging untreated or partially treated sewage into the river as well. On top of that, says Bar-Or, “In the 1970s, chemical fertilizer industries started contributing their share to the lethal cocktail.”

The pollution was so bad that Israeli Navy personnel who had trained in the river during the 1970s and 1980s claimed that a disproportionate number of them developed cancer later in life. As the result of a lawsuit, 92 divers will be compensated for expenses related to diseases that may be connected to the Kishon toxins. The navy’s diving unit offers regular health screenings for all former members, too.

The situation finally took a turn for the better in 1997, when the Environmental Protection Ministry of Israel issued strict dumping guidelines to all industrial polluters. Prodded along by watchdog groups including the Zalul Environmental Association and the Israel Union for Environmental Defense, the ministry used millions of dollars from polluters to build waste treatment plants and also built facilities to treat urban sewage from greater Haifa.

Experts from the Technion-Israel Institute of Technology and the Ministry of Agriculture’s Volcani Institute helped devise the current rehabilitation plan, which is being shared with delegations from several other countries.

In Bangladesh, Buriganga is the lifeline of Dhaka city, which also had been badly polluted due to disposal of industrial waste, chemical substance and domestic wastes. Bangladesh government had already taken number of initiatives in cleaning this river, where millions of dollars had been spent. But, until now, there is no visible result as the river water remains extremely dark and even thick like bitumen. In this case, experts of the Technion-Israel Institute of Technology and Volcani Institute can be of great help in rescuing the Buriganga River from dyeing.

When contacted, a highly-placed source in Israel told Blitz, they always are “ready to extend” any possible assistance and cooperation to the friendly nations. Should Bangladesh seek assistance from the the Technion-Israel Institute of Technology and Volcani Institute in cleaning the water of the Buriganga River, they will “gladly cooperate”.