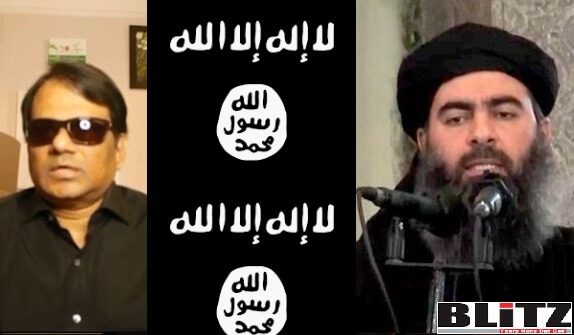 Since April this year, there have been two blasts in Dhaka city causing injury to the members of law enforcing agencies and in each case, Islamic State (ISIS) has claimed responsibility. Such incidents are taking place at a time when ISIS already has declared of launching jihadist attacks in Bangladesh and West Bengal in India.

US-based SITE Intelligence Group said that IS has claimed responsibility for the Monday’s blast targeting the police van in Dhaka. Terming the incident as an act to spread fear, the DMP chief Asaduzzaman Miah said, “If they (the attackers) wanted, they could have killed our police officials.”

“Attacking a police vehicle or check-post is a move to break down the police’s morale and its initiative to oust terrorism from Bangladesh, he said.

In April, there had been another bomb attack on the police in Dhaka’s busy Gulistan area. The improvised bomb went off around 7 pm, few hours after two people were killed in a blast a suspected militant den in Dhaka. According to a statement in the Site Intelligence Group, the Islamic State claimed the attack.

Bangladesh government has consistently ruled out the presence of the dreaded terror group though counter-terrorism experts have been maintaining that series of brutal attacks on minorities and secular activists had the hallmarks of ISIS group. Bangladesh launched a crackdown on Islamist militants following the July 2016 terror attack in which terrorists stormed a Dhaka cafe and killed 22 people, including 18 foreigners, by firing indiscriminately. The ISIS claimed responsibility for the attack.

Islamic State first announced its presence in Kashmir in 2017 when it claimed responsibility for attacks on Indian forces.

ISIS already has declared of its presence in Bangladesh and West Bengal through a poster released a few weeks back. This announcement reflects its expansion plans for South Asia, following its defeat in Iraq and losing of territorial gains in Syria.

According to counterterrorism experts, long before Islamic State was decimated in Syria, there was speculation about its next moves. Its ambition for a Caliphate that extended from parts of Europe to Asian countries may not have borne fruit, but the huge migration of Syrians to various destinations has allowed hardened radicals to merge with refugees and find a foothold way beyond Syria’s borders.

Britain unaware of any specific threat from ISIS in Bangladesh

The UK government has warned its citizens in Bangladesh about the media reports suggesting Islamic State’s possible attack in Bangladesh, but said it is not aware of any “specific threat”.

“There have been recent media reports suggesting Daesh (formerly referred to ISIL) interest in attacking targets in Bangladesh. We are not aware of any specific threat. Please remain vigilant, especially in public places,” the updated foreign travel advice of the British government posted on the website.

Britain’s largest newspaper The Sunday Times on May 26th, 2019 said jihadist funder Md. Shahid Uddin Khan has donated 20 thousand pounds to Tory Party, although initially, Khan denied making any political donations,  he had to admit as confronted with the register of member’s interests. He told The Sunday Times, the reason behind making the donation was because he “liked” the junior health minister (MP Stephen Hammond) stating, “He has been very helpful to his constituents. He once helped my second daughter when she had problems with her school documents”.

In 2009, Md. Shahid Uddin Khan, along with his wife Farjana Anjum and daughters Shehtaz Munasi Khan, Parisa Pinaz Khan and Zumana Fiza Khan had entered the United Kingdom with tons of dirty money and had even managed immigrant status under Visa Tier 1, vide VAF No. 511702. They invested 12 million pounds only for obtaining the ‘Golden Visa’. None of the agencies in the United Kingdom, including the National Crime Agency (NCA) has ever asked the Khans about the source of money or how the money had entered Britain.

On January 17, 2019, Dhaka residence of Md. Shahid Uddin Khan was raided by the members of the Counter-Terrorism and Transnational Crime (CTTC) unit of Bangladesh Police.

According credible sources, Md. Shahid Uddin Khan, his wife Farjana Anjum, daughters have laundered millions of dollars between 2009-2018 from Bangladesh and invested in the United Arab Emirates and Britain.

Dawood Ibrahim though is using Dubai as one of the key-bases of his illegal activities, according to Indian intelligence agencies, he is currently residing in Pakistan, wherefrom he heads the Indian organized crime syndicate named D-Company which he founded in Mumbai in the 1970s. Dawood is wanted on the charges of murder, extortion, targeted killing, arms and drug trafficking, terrorism and various forms of criminal cases. He was designated as a global terrorist in 2003 by India and the United States with a reward of US$ 25 million for his capture. In 2011, Dawood Ibrahim was named number three on the world’s 10 Most Wanted Fugitives by the Federal Bureau of Investigation (FBI).