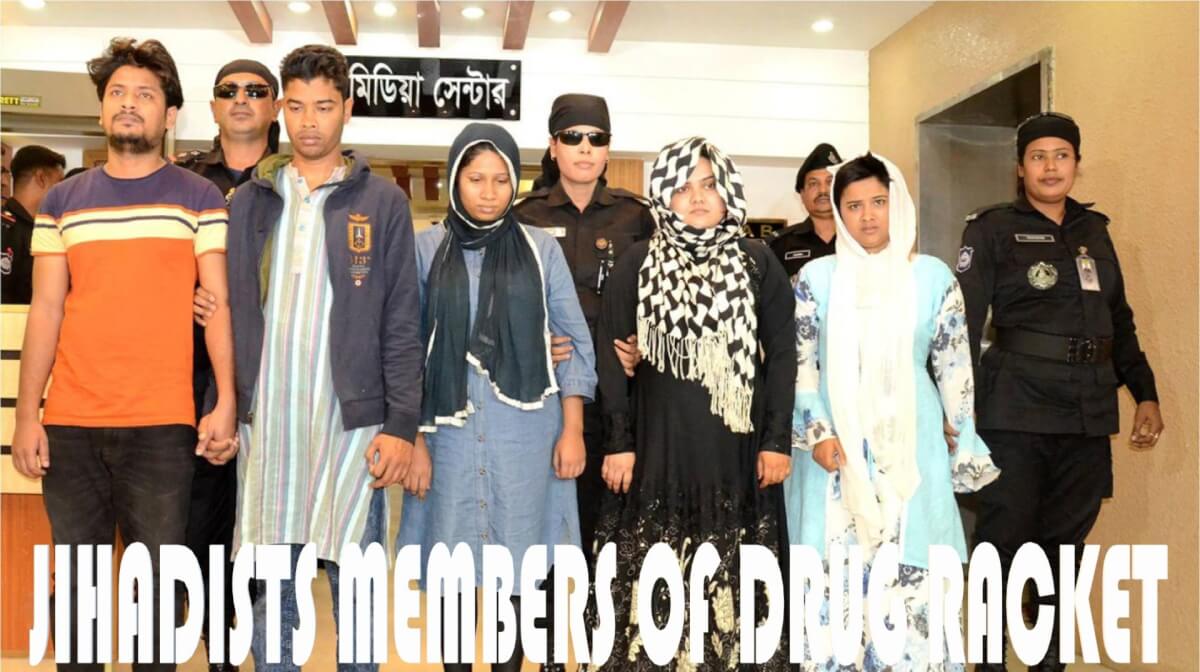 From the possession of these arrested members of narco-jihadist racket, the elite police unit has recovered 1,970 Yaba pills, foreign currency notes and passports. They have “confessed to being involved in an international drug racket” during preliminary questioning, but the RAB sources did not disclose any information on their involvement with jihadist outfits, although it was earlier reported in Blitz that such groups are affiliated with Islamic State (ISIS).

On Dec 31, Sri Lankan Police seized 272 kilograms of heroin and five kilograms of cocaine during a special operation at a housing complex in Templers Road at Colombo’s Mount Lavinia.

Earlier, on Dec 14, two suspects were arrested in Nugegoda, a suburb in Colombo, with one kilogram of heroin hidden in a cake box, Superintendent of Police Gunasekara had told the Daily Mirror.

“One of the suspects had a remote controller for a roller gate and other keys. We found that the keys belonged to a two-storey house on Kawdana Road, Dehiwala [Mount Lavinia].”

On Dec 15, a Bangladeshi woman called ‘Surjamoni’ was arrested with another cake box of heroin. A police search in the building she rented, led to the discovery of 31 kilograms of heroin.

The hauls caused a sensation and led to the New Year’s Eve raid at Mount Lavinia, conducted jointly by Sri Lanka’s Police Narcotic Bureau and the Special Task Force.

During the raid, packets, containers and luggage items filled with heroin were found everywhere in the house, said SP Gunasekara.

“The safe-house had been used to weigh and repack expired drugs … we believe the drugs were transported by sea and air.”

On January 5, 2019, Bangladesh’s Department of Narcotics Control detained a person named ‘Choice Rahman’ from a house at Dhaka’s Uttara. Rahman was named in a case by the Criminal Investigation Department filed at Uttara West Police Station.

With the arrest of six narco-jihadists in Bangladesh, it is now evidently proved, jihadist forces in the country already are connected to international terror outfit like ISIS.