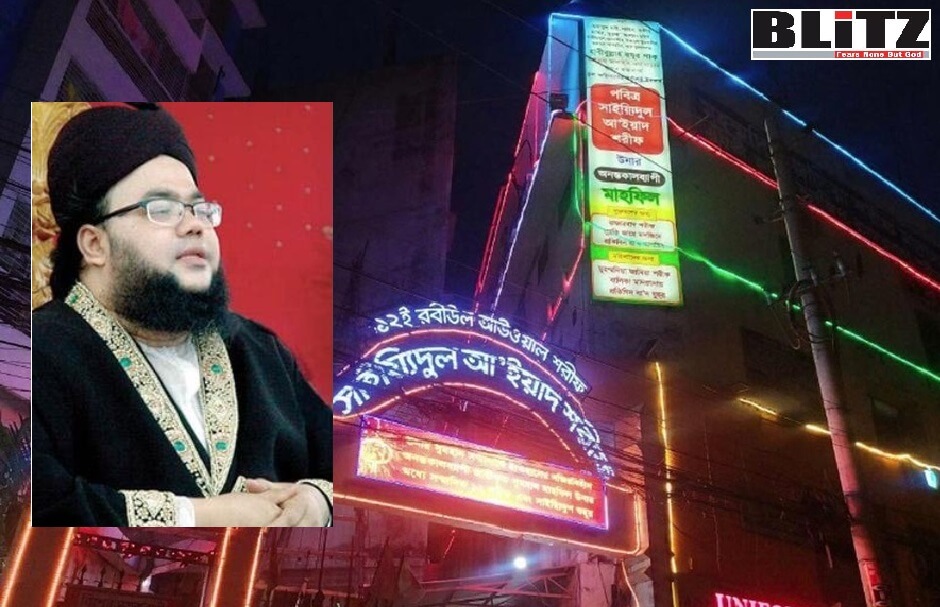 Counter Terrorism and Transnational Crime (CTTC) unit of Bangladesh Police has submitted a report about a godman stating his activities are suspected to be linked with militancy and breeding jihadists. According to media report, based on the report from CTTC, the apex court has instructed authorities concerned to keep strict surveillance on the activities of the pir of Rajarbagh and intercept his foreign trips, if deemed necessary.

For many years, the pir [Dillur Rahman] of Rajarbagh in 5 Outer Circular Road, Rajarbagh, Dhaka, Bangladesh has been operating activities proclaiming himself as a godman. He has thousands of followers who are regularly donating millions of takas in a number of projects run by him, including several publications. It is alleged that his publications also are giving instigation to jihad and murder of non-Muslims. The pir has also been running cruel propaganda against Ahmadis by terming them as infidels.

It is learnt from credible source that representatives of the Iranian Cultural Center in Dhaka, Palestinian envoy and officials from the Pakistan High Commission are regularly visiting pir of Rajarbagh. His publications are openly supporting radical Islam, jihad and murder of non-Muslims, while it is also alleged that several members of jihadist outfits are also maintaining regular contacts with this dubious godman.

While law enforcement and intelligence agencies in Bangladesh are keeping eyes on the activities of Jamaat-e-Islami, Hefazat-e-Islam and other radical Islamic and jihadist groups, silent spread of radicalization have been continuing in the country under direct patronization of some madrassas, Tablighi Jamaat and radical Islamic groups. According to information, Jamiat-e-Ulama-e-Islam and its student wing named Tawzibuttalaba Student Front are holding ‘Islahi Iztema’ in various parts of rural areas in the country. In all of these events, radical Muslim clerics are giving instigative lectures against the secularist forces, including the ruling Awami League as well as giving instigations of waging jihad against “enemies of Islam”, “non-Muslims” and India. Unfortunately, most of these events are taking place beyond the knowledge of the authorities concerned. It is further learnt that radical Islamic organizations are donating millions of takas towards activities of Jamiat-e-Ulama-e-Islam and its student wing named Tawzibuttalaba Student Front.

While radical Islam is on rise in every country in the world, a group of people has recently introduced a so-called halal media platform stating it is “an Ethical Social Media Platform designed by the community volunteers for the betterment of the Muslim society at large. Our goal and mission are simply to share the positive knowledge and wisdom to all communities across the world”. The first-ever halal media platform is Alfafaa. According to counterterrorism experts, this encrypted ‘halal media platform’ is extremely dubious and it can be used by jihadist and radical Islamic terrorist groups towards jihadist indoctrination and recruitment, while it can also breed unknown number of lone wolves. Such dubious social media platforms may pose serious threat to national security of various nations while it will be difficult for law enforcement and counterterrorism organizations to keep strict surveillance on the activities of these so-called halal social media platforms.

It may be mentioned here that, jihadist and terrorist groups have been using various messaging apps such as Telegram for years in maintaining communications and spreading jihadist messages. As most of those messaging apps have already come under surveillance of security agencies around the world, jihadists are now trying to opt newer methods of communication and this Alfafaa social media platform could be one of such platforms.