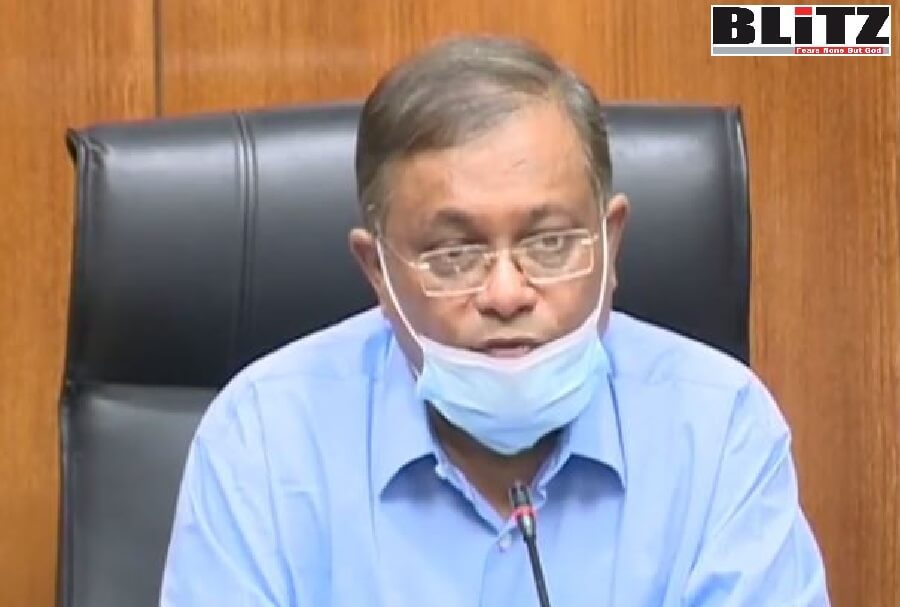 Information and Broadcasting Minister Dr Hasan Mahmud informed that his ministry has made the draft of policy on OTT platform.

“OTT platform is now a reality of growing demand. But, there has no approval system for releasing cinema, drama, web series or any other content in OTT platform till now. We’ve already made a primary draft on the policy for OTT platform,” he told newsmen at the meeting room of his ministry at Secretariat.

The minister hoped that his ministry would issue a notification of the policy soon.

Referring to a recent meeting with his Indian counterpart in New Delhi, Hasan said they (India) have issued a notification on February last in this regard. The all OTT platforms of India should have follow the rules and actions would be taken in case of deviation of the policy, he added.

He said the policy is to protect the culture and heritage from its deviation and lead the society and its people, including youths.

The minister said that currently social media is added with mass media. The social media has given unfettered opportunity to the people of expressing their own opinion, said Hasan, also Awami League joint general secretary.

At the same time, he said, it was also seen that the social media was being used to create instability in the society and to spread propaganda against the government or individual.

The minister said that the main stream media are working properly. But some (people) tried to spread rumour and to create confusion among the countrymen through social media from home and abroad even during the COVID-19 situation, he added.

He said that his ministry has already been started many works including giving registrations to IP TV and online news portals to bring discipline.

But, he said that some specific people have been carried out propaganda from abroad by using some online news portals. “We have taken actions against them on behalf of the government through coordination of other ministries. But, in this case, many times we didn’t get proper support which is needed from the service providers. For this, we are discussing with the service providers,” he added.

The minister said that a decision has been taken to take actions against those specific persons as per the existing law of that country from where they carry out the propaganda.

He said that the ‘Reporters sans frontiSres’ has published a news over the Prime Minister by using an extremely offensive ward. “We, on behalf of the information ministry, have protested the news that we will take actions if the news is not corrected. The office of the ‘Reporters sans frontiSres’ is in Paris. A legal notice has been sent through France lawyer. They can’t publish such report targeting any person as per the law of France or even the law of European Union,” said Hasan.

He said that a decision has been taken to take legal actions against those persons who will do such works from other countries.

Replying to a query over a comment of BNP on elections issue, the minister said that the recurrence of BNP’s mistakes like 2014 and 2018 elections will be suicidal for them. “BNP is giving same statements from 2014 and they tried to foil the polls of 2014. They torched about 500 voting centers and torched the new books of school students. Even, they killed many people including polling officers,” he added.

But, he said that they could not foil the elections. “I think, they could get more good result if they took part seriously in the 2018 polls from the beginning,” Hasan added.