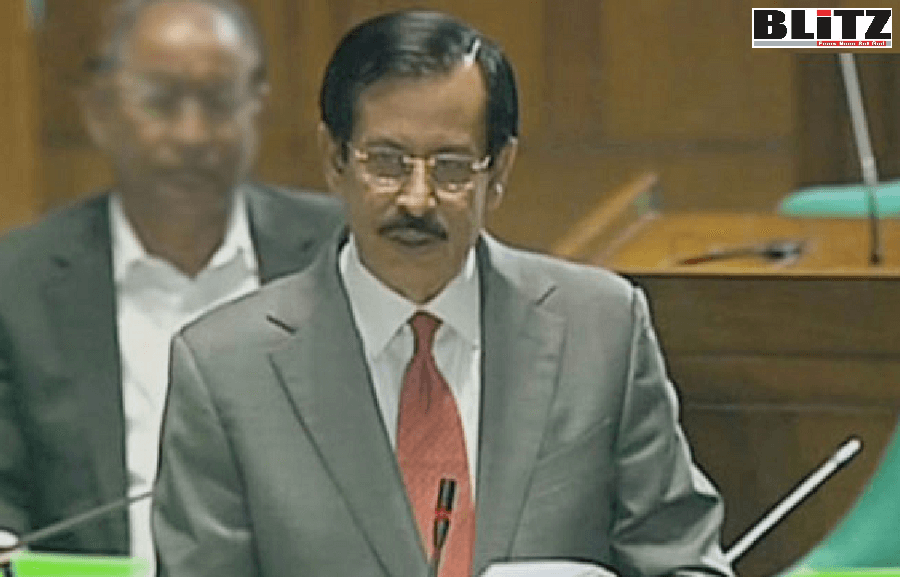 Treasury bench lawmaker Sheikh Fazlul Karim Selim of Gopalganj-2 urged the government to take punitive actions against the anti-liberation forces and their patrons for creating anarchy in different parts of the country, including the capital, during the Mujib Borsho and the golden jubilee of independence celebrations.

He made the call while discussing on the point of order in the Jatiya Sangsad on the recent anarchy unleashed by the anti-liberation forces along with the BNP-Jamaat.

“The government must have to take action against these evil forces as the anti-liberation element Hifazat-e-Islam and its patrons BNP and Jamaat are being engaged in anti-state conspiracy,” he told the parliament.

Moreover, the lawmaker also urged the government to form a tribunal for holding trial of these identified militants belonging to the Hefazat-e-Islam and their patrons – BNP-Jamaat – who have created mayhem in Hathajari and Brahmanbaria in the name of Islam.

At the same time, the government will have to shut down these madrashas as the students of these madrashas were involved in killing and terrorist activities in the name of Islam during, before and after the Independence Day.

Participating in a 22-minut-long discussion, the treasury bench lawmaker said, “BNP-Jamaat and the anti-liberation force Hefazat militants created anarchy in Hathajari,” adding that they attacked the police station, swooped on police and snatched their arms, set fire to the land office and different other establishments on the Independence Day on March 26.”

Subsequently, on March 27, these forces set fire to the railway station and slippers in Brahmanbaria, he said. They set fire to SP office and vandalized the mural of Bangabandhu Sheikh Mujibur Rahman, he added.

The lawmaker showed a picture in parliament and said riding on horse and equipped with sword, the Hefazat terrorists along with the BNP-Jamaat attacked the people and set fire to different establishments.

They have created anarchy in Sylhet, Narayanganj, Munshiganj, Jatrabari, Baitul Mukarram, Bashundhara and 300-feet road area and carried out anarchy and vandalized the vehicles. “The people who have belief in the independence never can do these heinous activities, so they have no right to live in this country,” he added.

Criticizing the BNP, Selim said BNP has postponed all its scheduled programmes on the occasion of the Independence Day and even they didn’t go to the memorial of independence as they have no belief in independence. He urged the government to probe the case which was filed on May 5, 2013 against the Hefazat militants including its master mind Syed Babunagari.

Recalling the Indian cooperation during the war of independence, the lawmaker said, “India had given us overall cooperation during our liberation war and gave shelter to more than 1 crore people to their land. “So, how can we oppose the visit of an Indian Prime Minister to our country? ”