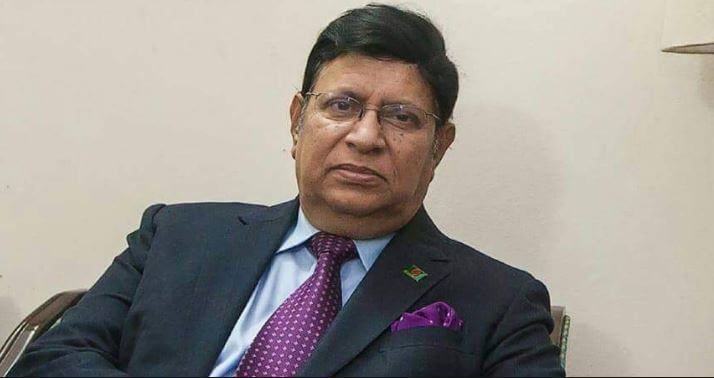 Following comments made by the Bangladesh foreign minister, who had been very recently appointed to the post, a number of Western nations have noted it with extreme dismay. AK Abdul Momen [younger brother of former finance minister AMA Muhit] in an exclusive interview to BDNews24 has dismissed the West questioning general elections, human rights record and militant activities in Bangladesh as nothing more than a ploy to get favors.

Harshly criticizing Rita Katz, co-founder of Search International Terrorist Entities (SITE) Intelligence Group, a private intelligence firm based in Washington, DC., the minister said, “It greatly saddens me when a woman in the West and her assistant, who run an entire office, say that the killing of a barber here is related to terrorism, and our media runs it with great importance without investigating the claim”.

He also said, Western nations question democracy, rule of law, human rights, independence of judiciary and raise the militancy issue with the intention of extracting “facilities” from Bangladesh.

Commenting on Bangladeshi foreign minister AK Abdul Momen’s remarks, a source in the Capitol said, “This is something that echoes the voice of Fidel Castro, Sayyid Ali Hosseini Khamenei or those Iranian mullahs. It gives a strong signal to the Western policymakers about Bangladesh’s unwillingness in anymore listening to their suggestions and advises on issues related to democracy, rule of law, human rights, freedom of expression and even the risk posed by radical Islamic militancy in that Bangladesh. Though I am not sure what has prompted the minister in passing such remarks, but for sure, this will bear a consequence, which might be too expensive for Bangladesh”.

The source added, “As we know, a House Resolution – HR 1169, introduced by William R. Keating, from the Democratic Party, was unanimously passed on December 12, 2018 reaffirming the commitment of the United States to promote free, fair, transparent and credible elections in Bangladesh. The same resolution had also categorically mentioned issues such as threats posed by radical Islam, denial of the Bangladeshi foreign minister about existence of militancy in that country may now greatly undermine Prime Minister Sheikh Hasina’s ongoing drive against radical Islamic militancy and terrorism. This remark comes at a very crucial timing when some of the Western nations including the US are carefully scrutinizing so many key issues about Bangladesh. I am not sure, if the minister has welcomed diplomatic confrontation with the West, but for sure, this was not an appropriate approach”.

According to Congressional aides both from the Republican and Democratic Party, HR 1169 has clearly emphasized on stability of secular democracy, rule of law, human rights, credible elections, accountability, Islamist militancy, rights of religious minorities, economic freedom, national security, regional security, labor rights, peacekeeping, counterterrorism, Rohingya refugee crisis, freedom of speech and press, environment, climate and interests of the United States. The House resolution has said, “Whereas the United States should more actively engage with the Government of Bangladesh with respect to their shared interests in safeguarding human rights, religious freedom, and secular democracy in Bangladesh, while preventing the growth of religious extremism and militancy” and even has stated “Whereas repeated attacks on religious minorities, expanding religious intolerance, and growing destabilization caused by radical groups undermine United States economic and strategic interests in Bangladesh” – the latest remarks of the Bangladeshi foreign minister would certainly leave a wrong impression. American lawmakers may now think – Bangladesh no more is interested in listening to suggestions from the nations which have been greatly contributing in prosperity of the country in various ways.

They said, “Similar comments in the made had welcome stern punitive measures including harsher sanctions on countries like Iran, North Korea and Cuba. If the newly appointed Bangladeshi foreign minister Mr. AK Abdul Momen is willing to emerge as another foe of the West, then possibly he is already prepared in challenging the US and the Western nations and may even signal of Bangladesh’s readiness in moving forward without any further assistance from the West”.