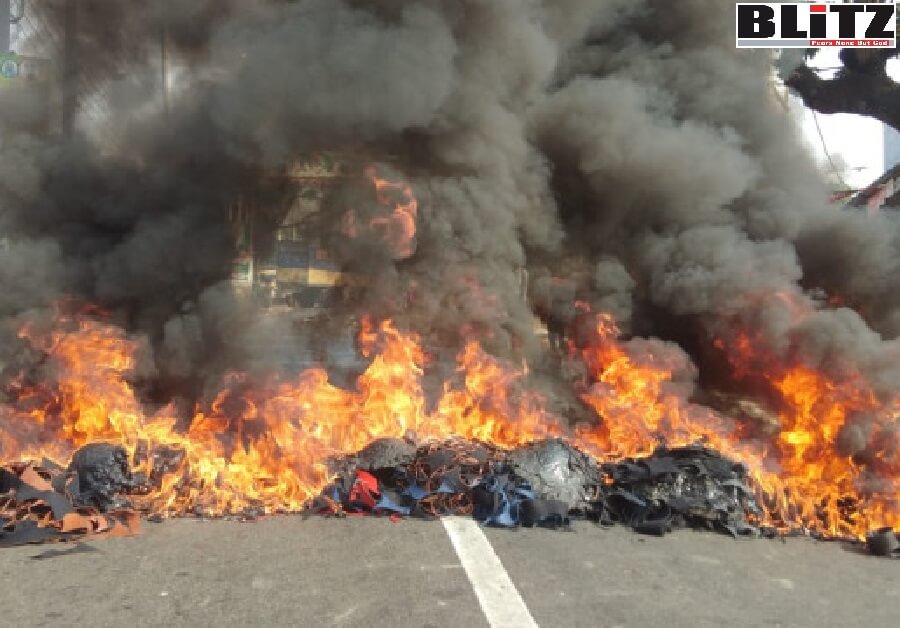 “BNP was involved with the mayhem carried out by Hefazat-e-Islam in Dhaka, Chattogram and Brahmanbaria,” he said while addressing an Iftar items distribution ceremony for distressed and jobless people.

He said AL stays beside the people in their well and woe since its inception and thus it is the country’s only political party which achieved the people’s confidence and trust.

The AL general secretary said his party has set an example of humanity by staying beside the distressed and working-class people during the coronavirus crisis side by side with the government.

At the directives of Bangabandhu’s daughter Prime Minister Sheikh Hasina, public representatives and AL leaders and workers stood by the people with coronavirus protective equipment, cash and food aid, he said.

He urged the affluent people of society to extend their hands of cooperation to the distressed and vulnerable people who became jobless due to lockdown in the wake of coronavirus pandemic.

Distribution of food aid and cash aid should be continued until the coronavirus pandemic is defeated, he said.

Quader said now they have to face two challenges -one is to contain the second wave of the pandemic and the second one is to stand beside the distressed and working-class people.

He urged the party leaders and workers to conduct campaign to raise public awareness in facing the pandemic.

Now the AL leaders and activists will have to act as the country’s workers, he said.

About BNP secretary general Mirza Fakhrul Islam Alamgir’s remarks that “the government is turning the country into a hell”, Quader said actually the people think that the extreme communal forces incited by BNP had turned different places of the country into hell on March 26 last.

Not the government, BNP carries out arson attacks visibly as well as secretly in the name of movement which is tantamount to barbaric acts, he said, adding that BNP is continuing its barbaric acts to take revenge on the people.

He said BNP had carried out violence on minority community as well as leaders and workers of AL after the 2001 general elections.

The minister said with the cooperation of people, the government is now taking ahead the country facing the communal evil forces.

He hoped under the leadership of Prime Minister Sheikh Hasina, the country will go towards the golden horizon with the spirit of the Liberation War breaking the venomous teeth of communal evil forces.