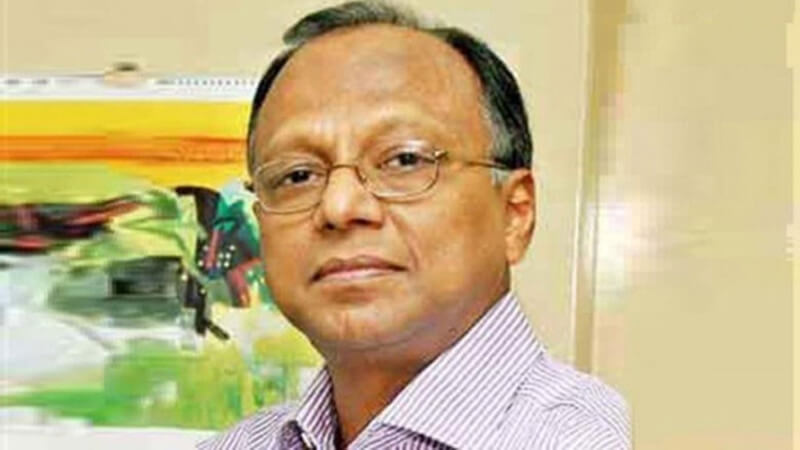 A central leader of Bangladesh Nationalist Party (BNP) has given instigation to civil war through a recently released video message. Mahmudur Rahman, member of the Advisory Council of BNP is known as one of the front-ranking think tanks of the party. He is accused in a case for plotting to abduct Prime Minister Sheikh Hasina’s son Sajeeb Wazed Joy.

According to a video clip of 15:01 minutes, Mahmudur Rahman is seen saying, Bangladesh has become a subservient state of India. He said India has played active role behind 30th December “deceitful” election in Bangladesh. Mahmudur also termed the democratically elected Awami League government as “fascist.”

He said, “Bangladesh is now being ruled by India.”

Mahmudur Rahman said, “For past two years, I have been saying, Sheikh Hasina government cannot be removed through any election. The only way to ousting her from power is through mass-movement or mass-revolt. Until we achieve that goal, we cannot oust the government.”

He further said, “I had opinion against participating in any election stating, such participation would grant legitimacy to an illegal government.”

This pro-Pakistan individual who also is known as an agent of Pakistani spy agency Inter Service Intelligence (ISI) is clearly aggrieved on Awami League as it led the war of independence of Bangladesh. In the video message Mahmudur Rahman said, “Awami League, by birth is a fascist organization.”

Criticizing BNP-led Oikyafront leader Dr. Kamal Hosain, Mahmudur said, “It is a matter of great shame that BNP has aligned with Dr. Kamal Hosain, in presence of the BNP leaders says, Sheikh Mujibur Rahman is the undisputed leader of Bangladesh, while BNP men are seen silently endorsing the comments of Dr. Kamal on Sheikh Mujib.

Mahmudur Rahman termed all the newspapers in Bangladesh as “feet-licking sycophants” of the ruling party.

In his Al Qaeda-type video message, Mahmudur Rahman gave instigation to the younger generation in Bangladesh calling upon them to wage “another war” to “rescue democracy” in Bangladesh. Hinting the war would be causing huge bloodshed, he expressed his willingness of participating in that war.

It is clearly understood from this video message of Mahmudur Rahman, Pakistani ISI are not sitting idle even after the rejection of BNP and Jamaat E Islami by the Bangladeshi voters. Instead, this notorious spy agency is now conspiring of waging a full-fledged war against Awami League. Mahmudur Rahman has served the purpose of Pakistan’s lapdog in this message.

Commenting on this Al Qaeda-type video message of Mahmudur Rahman, political critics in Dhaka said this is clearly a serious offense under the existing law of Bangladesh. Moreover, it clearly proves, pro-Pakistan bloc in Bangladesh are now engaged into fresh conspiracy with the ulterior motive of ousting a democratically elected government in Bangladesh.

They said, the government needs to immediately take stern action against Mahmudur Rahman and his cohorts and investigative the source of this Al Qaeda-type video message.

It is learnt from sources in the security agencies, Mahmudur Rahman is currently living abroad and he held meeting with representatives from Pakistani ISI on a number of occasions. The source further said, Pakistani ISI wants to oust pro-liberation forces from Bangladesh Nationalist Party and turn into a political force to serve Pakistan’s interest.

Another source said, sitting abroad, Mahmudur Rahman has been contacting ULFA kingpin Paresh Baruah as well as several top militants in Jammu and Kashmir. He also has been communicating with some top brasses of the so-called Khalistan Movement with the ulterior motive of staging series of terrorist attacks in India. It may be mentioned here that, Mahmudur Rahman has deeper links with several militancy groups such as Lashkar-e-Toiba.

In the video clip, Mahmudur Rahman claimed that the ruling party had massacred the country prior to the 30th December election. That being said, most of the people killed in pre-poll violence were members or supporters of Awami League. Rahman further claimed that, Awami League has always been intolerant towards anyone who follows a different ideology. In the later part of the message, contradicting his own statement, Mahmudur asks all Bangladeshis to study the Islamic history of Bangladesh and encourages everyone to abandon 19th century’s history because that was a Hindu renaissance era. His façade of a liberal and democratic person was exposed when he incited everyone to start an Islamic revolution (against the ruling party), which he claims is their “Imaani duty” (divine obligation)”. The motive behind his instigation is not “reestablishing” democracy, but his goal is to start a gory religious war thus establishing Caliphate or Sharia rule in Bangladesh.