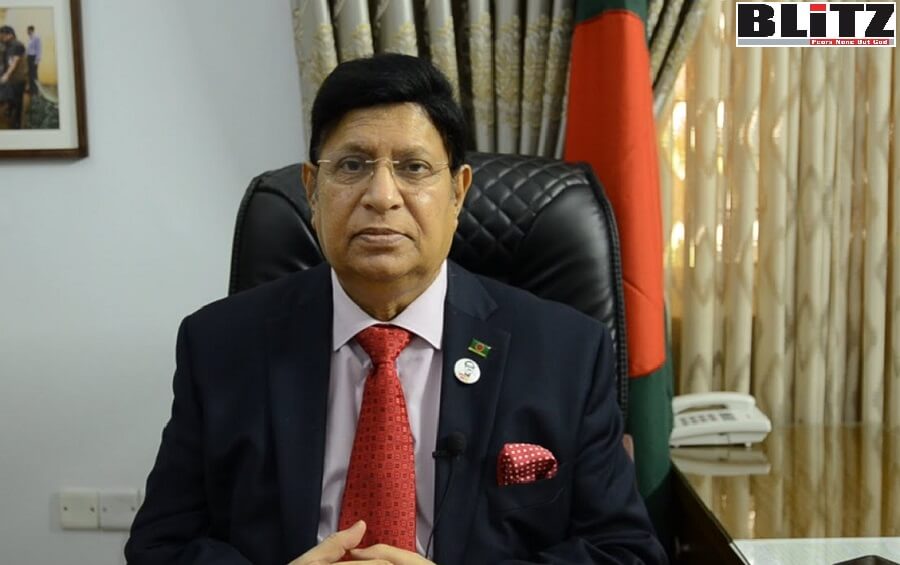 Foreign Minister Dr AK Abdul Momen has said Dhaka turns down the United States (US) proposal to provide temporary shelter to some US allied Afghan citizens in Bangladesh along with Rohingyas.

“We thanked the US for placing the proposal considering Bangladesh as its friend … but we told them that we were not in a situation to provide refuge to any others,” he told reporters after attending a program at Foreign Service Academy.

While rejecting the proposal, the foreign minister said, Dhaka has convinced Washington DC that Bangladesh is already overburdened by sheltering 1.1 million Rohingyas, forcefully displaced from Myanmar.

Momen said the US administration made the proposal through Bangladesh mission in Washington DC on August 14 without specifying neither the number of refuge seeking Afghan citizens nor the timeframe of their intended stay in Bangladesh.

“They (the US) requested for giving shelter only to Afghan citizens not national of any other countries,” he added.

Momen said Dhaka also wanted to know names of the countries that the US requested for giving people from Afghanistan but didn’t receive any answer of that.

The foreign minister said Dhaka saw the US proposal in a positive gesture as the Biden administration put confidence on Bangladesh as its ally.

“But, we don’t have the capacity of giving shelter to any new people… if we have had the capability, we would defiantly have considered it,” he said.

“We believe in democracy. When government is formed under aspiration of the people … we do support it,” he said.

Bangladesh will extend support if any people-supported government seeks support from Bangladesh.

Noting that Afghanistan is a member state of SAARC, the foreign minister said Bangladesh wants Afghanistan’s development and ready to provide support regarding this, if Kabul wants it from Dhaka.

On Monday, the foreign minister, in a statement, said Bangladesh is carefully observing the fast-evolving situation in Afghanistan, which, it believes, may have an impact on the region and beyond.

“Bangladesh believes that a democratic and pluralistic Afghanistan as chosen by its people is the only guarantee of stability and development in the country,” it said.

Bangladesh is urging all stakeholders in Afghanistan to maintain peace and calm ensuring safety and security of all, including foreign nationals, said the foreign ministry here.

The statement also said Bangladesh firmly believes that it is upon the people of Afghanistan to rebuild their country and decide the course of the future themselves.