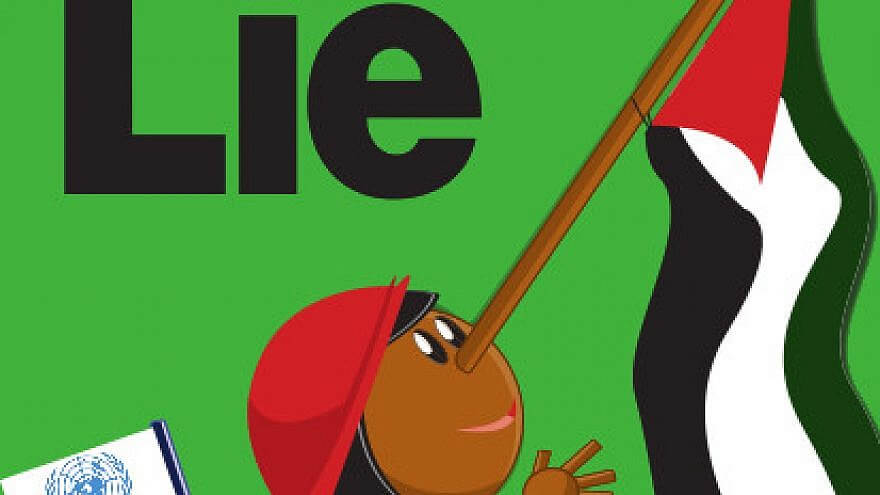 Bar-Ilan University prohibited a student group on campus from distributing pro-Israel advocacy material about the nakba (“catastrophe”) and the Palestinian refugees.

The ban occurred earlier this week ahead of the university’s “student group fair,” an event where students on campus were invited to present their groups to others.

One of the student groups, Im Tirtzu, was denied permission by the university from distributing its Nakba Nonsense and The Palestinian Refugee Lie booklets, which according to Im Tirtzu are its most popular booklets and have been distributed for years in Israeli universities without issue.

Im Tirtzu’s Bar-Ilan University branch was notified of the university’s decision via email on the evening prior to the fair, despite having submitted its material for review two weeks prior as is required by the university. The university’s email did not provide explanation as to why it barred Im Tirtzu from distributing its booklets.

The group was also initially denied permission to distribute complimentary bags to IDF reservists, but got permission hours before the fair after petitioning the university.

According to Bar-Ilan University’s guidelines for public activities, the university is required to provide student groups with an answer regarding their materials within three days of submission, in order to provide the group with enough time to appeal the decision if necessary.

“The university’s conduct is unfitting and goes against its very own guidelines,” said Carlos Bigio, the deputy head of Im Tirtzu’s Bar-Ilan University branch.

“It is unfortunate to see how the university administration, which is supposed to promote discussion and social activities, is working to silence students and prevent their freedom of expression. We will continue to be the spearhead of Zionist activity on campus and to ensure that the Zionist spirit continues to flourish on campus,” added Bigio.

Bar-Ilan University responded in a statement: “Bar-Ilan University believes in freedom of expression and that dialogue can be held between differing viewpoints in a respectful way. Unfortunately, the booklets in question do not meet this principle and, therefore, we did not approve their distribution.”

Both booklets—Nakba Nonsense and The Palestinian Refugee Lie—contain material that is offensive to an entire community. Beyond its title, Nakba Nonsense includes many contemptible expressions. The Palestinian Refugee Lie was not approved because of the caricature that appears on its cover. This drawing contains elements that could be considered racist.

Said the university: “If such booklets were distributed on a college campus abroad, with an Israeli flag or a Star of David hanging on someone’s nose, we would all agree that it is anti-Semitic and racist material.”