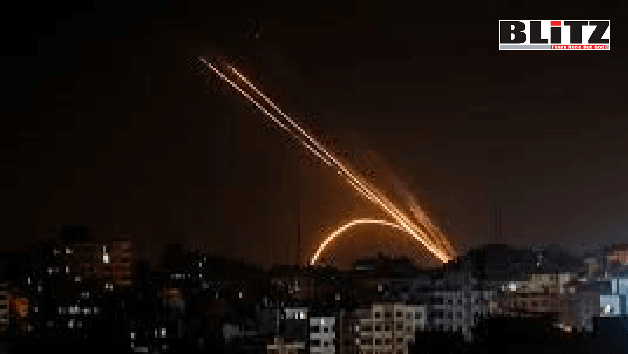 How Middle East realities reflect of the abnormal behavior of the Palestinians.

The Middle East is characterized by the following 14-century-old intra-Muslim features: no intra-Muslim peaceful coexistence, unpredictability, instability, religious and ethnic fragmentation, violent intolerance, terrorism and subversion, Islam-driven goals including the unacceptance of an “infidel” entity in the “abode of Islam.”

Most of the Middle East is not driven by a desire to improve standard of living, but by religious/ideological visions.

Western imposed concessions, appeasement and gestures emboldens them to more aggression and terrorism.

The assumption that a Palestinian state could be effectively demilitarized and de-terrorized should be assessed against the track record of the Palestinians.

The 1993 Oslo Accord and the 2005 Gaza Disengagement were supposed to demilitarize and de-terrorize the Palestinians in return for dramatically enhanced political and economic benefits. Instead, both events intensified terrorism in a dramatic manner.

A direct correlation exists between the degree of Palestinian sovereignty and the level of Palestinian terrorism. For example, in 1968-70, Jordan provided the Palestinians with an unprecedented platform of operation. Consequently, they triggered a civil war, attempting to topple the pro-US Hashemite regime.

During the 1970s, the Palestinians initiated a series of civil wars in Lebanon.

In August 1990, the Palestinians collaborated with Saddam Hussein’s invasion of their host county (Kuwait), which triggered the 1991 and 2003 Gulf Wars.

Immediately after Israel’s withdrawal from the Gaza Strip, a Palestinian civil,war erupted and Hamas usurped power, oppressed any opposition, destroyed the agricultural and community projects left by Israel, and turned Gaza into a network of terror bases, indoctrinated the people into violence, and launched thousands of rockets into Israeli civilian centers.

The assumption that granting Palestinians territory to develop a peaceful base for statehood and prosperity has become a classic oxymoron and a terrible diplomatic mistake.

The Palestinians are agitated not by the size of the Jewish State but by its very existence. All sides of the Palestinian political divide call for the “liberation” of Palestine “From the River to the Sea,” the annihilation of Israel.

It is worth recalling past Arab voices. They are as relevant today as when they were spoken decades ago.

In October 1994 Jordan’s military commanders advised their Israeli counterparts: “That which the Palestinians sign in the morning they tend to violate by the evening.” They added that “A Palestinian state west of the Jordan River would doom the Hashemite regime east of the River.”

Former Egyptian President, Hosni Mubarak (1981-2011): “Jordan’s King Hussein does not want a Palestinian state; Egypt, Saudi Arabia and the UAE are not concerned about the Palestinians.”

Former Egyptian President Anwar Sadat (1970-1981): “Do I want a Palestinian state? Why should I want another Soviet base and another member of the Rejectionist Front?” (“No More War”)

Israeli affirmative action and the lack of global counter action.

In 1948/49, Israel’s first Prime Minister, David Ben-Gurion, unilaterally applied sovereignty to West Jerusalem and large parts of the Negev and the Galilee, in spite of US and global opposition.

In the aftermath of the 1967 Six Day War, Israel’s Prime Minister Eshkol united the city of Jerusalem, notwithstanding US and global opposition.

In December 1981, Israel’s Prime Minister Menachem Begin asserted the Israeli law in the Golan Heights despite brutal pressure by the US, including the suspension of a major strategic pact.

It is in Israel’s vital interest to annex both the Jordan Valley and the bulk of territory in Judea & Samaria, including all the high ground that dominates central Israel’s narrow, low-lying, coastal strip.

These facts are self-evident and essential to maintain the security and safety of Israeli citizens, if not the rest of the Middle East which, as this article proves, will continue to be a maelstrom of ethnic, tribal and religious violence.

With acknowledgment to Ambassador Yoram Ettinger for lighting the spark for this article.

Barry Shaw is a regular contributor to Blitz. He is the International Public Diplomacy Director, Israel Institute for Strategic Studies.